Question of whether Malone will step down 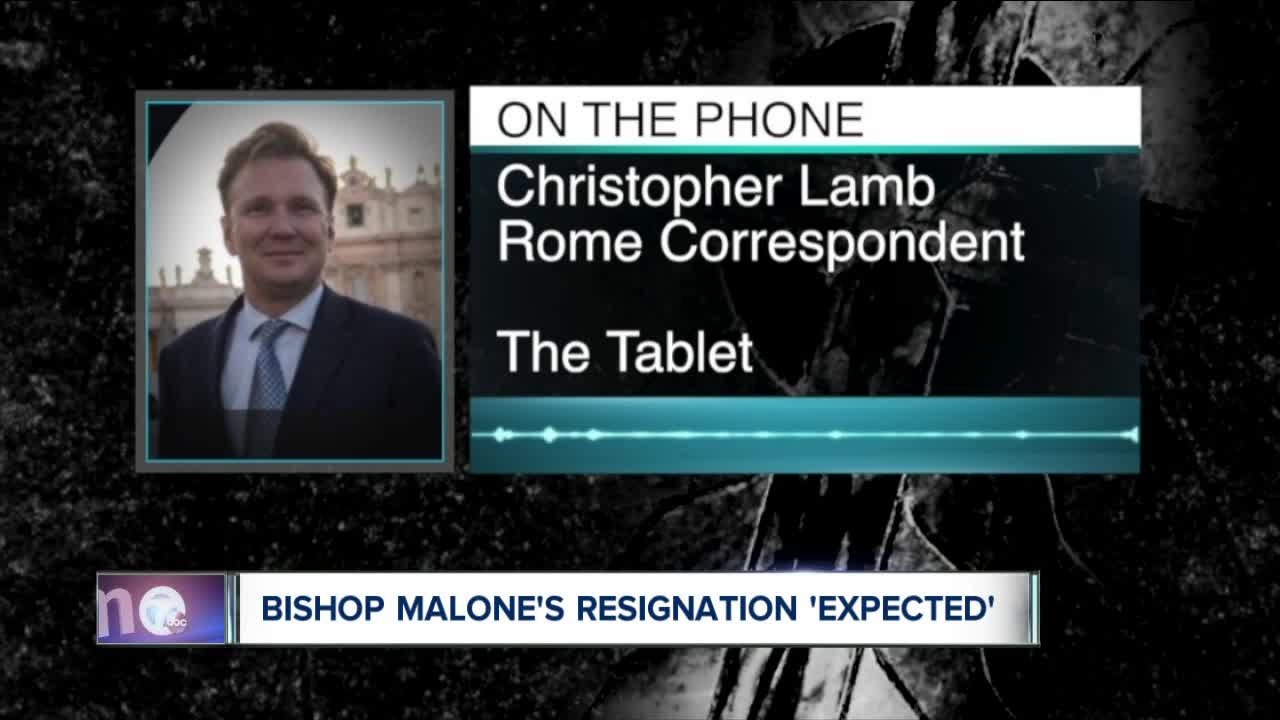 A Vatican report on Bishop Richard Malone's leadership of the Diocese of Buffalo is 'damning,' according to a Vatican correspondent in Rome.

BUFFALO, N.Y. (WKBW) — For more than 20 months, a sexual abuse crisis raged in the Diocese of Buffalo without much notice at the Vatican.

“That's partly because you have a 1.3-billion-member church and lots of things going on,” said Christopher Lamb, Rome correspondent for The Tablet newspaper.

But now Pope Francis appears to be very much up to speed -- and Lamb thinks Bishop Richard J. Malone will soon pay for it with his job.

“Obviously, this matter is now at a head in Rome because the bishops of New York State are due to meet Pope Francis this week on Friday,” Lamb said in a phone interview with 7 Eyewitness News from Rome. “And my understanding is that the resignation is expected.”

Malone’s spokeswoman said Wednesday the embattled bishop “continues to serve as the leader” of the diocese and has already made plans for when he returns to Buffalo.

“I think there's very serious concerns about what's been happening,” Lamb said. “When the chief shepherd of the diocese is not leading the flock or is actually causing damage, then there is a problem. And I think the Vatican is seeing that.”

Lamb’s sources appear to have read the Vatican report written by Brooklyn Bishop Nicholas DiMarzio, the Vatican-appointed investigator of the Buffalo Diocese.

“The apostolic visitation into Buffalo is complete. It is a fairly damning assessment of Bishop Malone's governance and handling of the sexual abuse crisis,” Lamb said.