Some cars carried propane, not oil 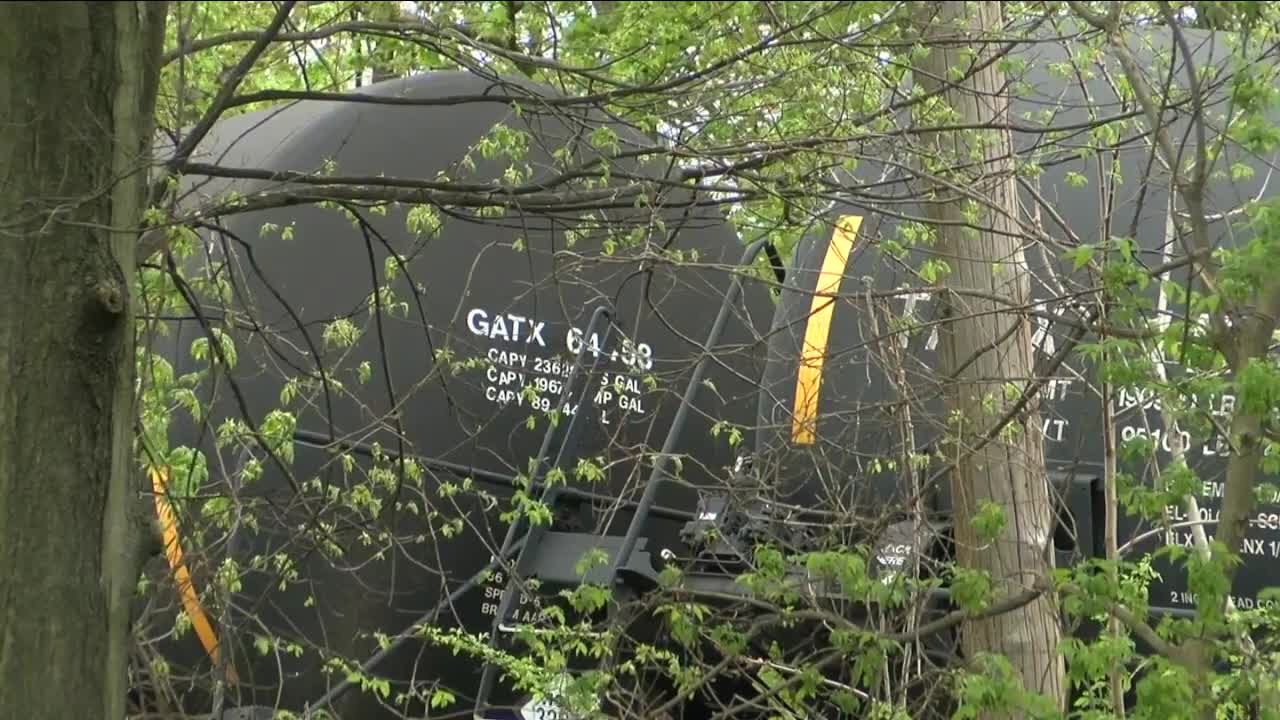 Monday’s late-night train derailment in East Aurora may have been troubling to residents of the normally peaceful village. But authorities and railroad experts say it could have been a whole lot worse.

BUFFALO, N.Y. (WKBW) — Monday’s late-night train derailment in East Aurora may have been troubling to residents of the normally peaceful village. But authorities and railroad experts say it could have been a whole lot worse.

“It was an act of God, I think, for the train to come off here in a parking lot with no structures around or anything,” said Police Chief Shane Krieger.

Journalist Justin Mikulka, who has covered the railroad industry extensively, said the results -- if the factors were a bit different -- could have been “catastrophic.”

Mikulka, the author of the book “Bomb Trains: How Industry Greed and Regulatory Failure Put the Public at Risk,” is familiar with close calls, near misses and unfortunate crashes like the 2013 explosion of rail cars in Quebec, Canada.

“It just basically incinerated the downtown,” he said of the derailment in Canada. “Killed 47 people.”

That crash first drew worldwide attention to the tanker trains filled with highly volatile oil, natural gas and propane. East Aurora police say there was propane, not oil, in the cars that jumped the tracks in the heart of the village, but they confirmed that the Buffalo & Pittsburgh Railroad did not provide them a manifest of the number of tanker cars and their contents.

“This isn’t the first time a terrifying train derailment has happened in New York, and we need a full-scale investigation ASAP to sort out what happened and what actions should be implemented to prevent it from happening again,” Schumer said. “With better safety measures, accidents like the one last night in East Aurora are preventable, which is why I am calling on the Federal Railroad Administration to conduct a full and thorough investigation into the incident. New Yorkers deserve to sleep in peace and not worry about the possibility of a freight train overturning into their backyard.”

“Residents who live in proximity to America’s freight railroads have the right to expect an appropriate level of federal oversight to ensure that the requisite capital investments are being made and that safety protocols are being observed,” Higgins wrote. “Transparency here will be key, as residents have a right to know what went wrong -- why a neighborhood was forced to evacuate, and what corrective steps are being taken to prevent an occurrence like this from happening in the future.”

Experts and local activists say the so-called “bomb trains” filled with crude oil do roll through Western New York and have been spotted near the Amtrak station in Depew. They are packed with oil mined from the Northwest on its way to Albany, a major rail hub, Mikulka said.

“Buffalo is a main area where these trains have been coming through for the past 10 years,” he said. “But getting information from the rail companies is nearly impossible, especially for a small town like that.”

When contacted by the I-Team, Buffalo & Pittsburgh Railroad spokesman Michael Williams wrote in an email, “I don’t have any information to add to what’s been reported. Thankfully there were no injuries, and we’re working to safely and expeditiously clear the scene. A thorough investigation is underway to determine what caused the derailment.”

Williams did not respond to follow-up questions by the I-Team about what was inside the tankers.

Mikulka said some safety reforms like brake improvements implemented after the tragedy in Quebec have since been overturned by the Trump administration, which he said has taken a more hands-off approach to railroad regulation.

“Seeing those tank cars,” he said, “thankfully they weren’t full of oil -- but hanging off that bridge...in Aurora. That’s frightening, knowing potentially what could happen.”