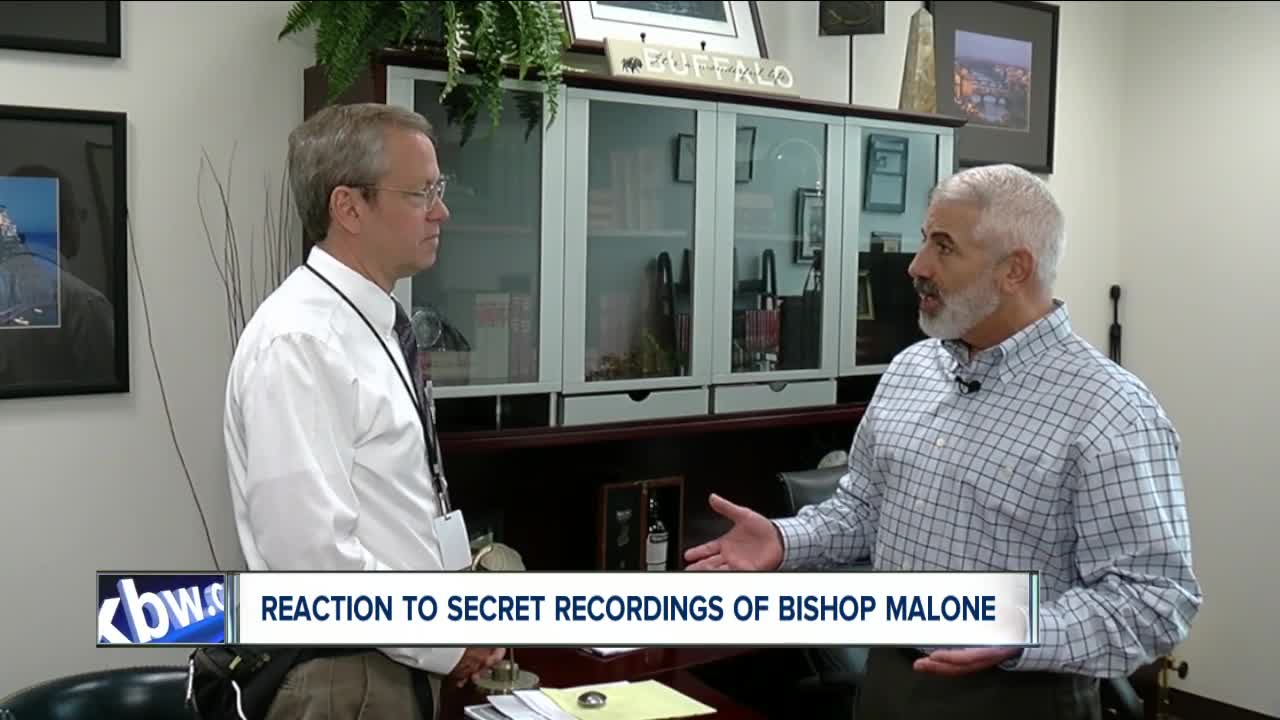 BUFFALO, N.Y. (WKBW) — The release of secret audio recordings that appear to show Bishop Richard Malone's concerns about taking action against a Cheektowaga pastor, who was accused of sexual harassment against a seminarian, have generated strong reactions from priest sex abuse victims, parishioners and lawyers.

Many felt the recordings show Bishop Malone was more worried about preventing a scandal from going public than taking quicker action against Fr. Jeffrey Nowak.

In the recordings, the bishop referred to Nowak as "dangerous' and "a sick puppy."

Fr. Nowak was allowed to remain in ministry, initially, while the Diocese of Buffalo investigated claims against him accusing Nowak of sexually harassing a seminarian at Christ the King Seminary in East Aurora.

Nowak has since been placed on administrative leave.

"What those tapes show is that while the good people of this community were working desperately hard to solve the crisis in this diocese, we had a Bishop that was not being honest," said Deacon Paul Snyder from St. Mary's in Swormville. Deacon Snyder believes parishioners should now ask their pastors "where do you stand?"

"His main concern is about how this will affect himself (Bishop Malone). I don't think there could be a greater example of that biblical phrase, "The pride goeth before the fall,"" added local attorney Steve Boyd, who felt this was a significant turning point in the Buffalo priest abuse scandal.

Attorney Barry Covert is representing Bishop Malone's personal secretary, Fr. Ryszard Biernat, who made and released the secret audio recordings. Covert said he felt the Bishop acted like he was being blackmailed by Fr. Nowak. "Why is Bishop Malone afraid that Jeff Nowak can get him? Because Bishop Malone perceives that Nowak has that type of information that would be that embarrassing to Bishop Malone and those around him, that would take them down. That is what they are worried about," added Barry Covert.