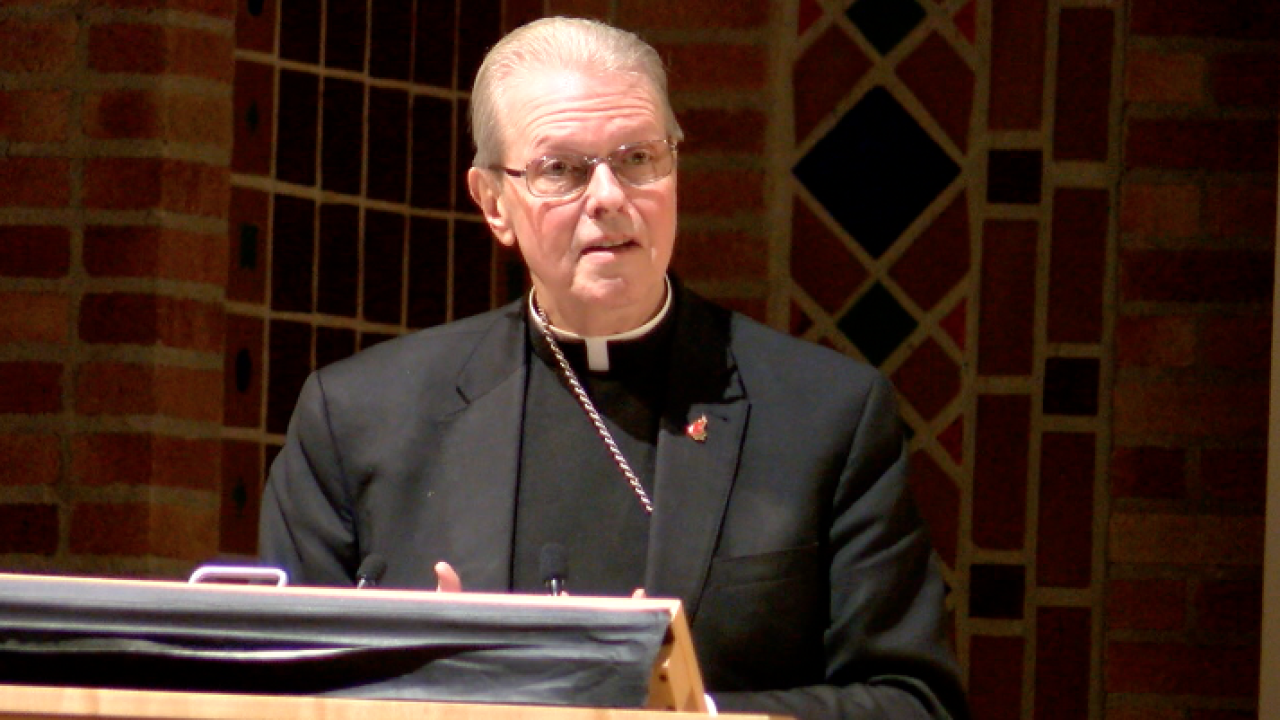 BUFFALO, N.Y. (WKBW) — A survivor of clergy sexual abuse by a priest in the Diocese of Buffalo on Thursday revealed what he says is another broken promise by interim Bishop Edward Scharfenberger.

Rick Brownell, an abuse survivor of Fr. John Aurelio who was recently named to the creditors' committee in U.S. Bankruptcy Court, said he talked to Scharfenberger at a Dec. 7 meeting of the Movement to Restore Trust at Canisius College.

"I pulled him aside and spoke with him privately and told him that out of all the people in this room, despite what he thinks, I am the most lost sheep. And that if he had a minute, I would like to speak with him -- which is the first time I've reached out (to the diocese) in 40 years. (Voice starts shaking) And he took my card, put it in his pocket, (points to shirt pocket above his heart), he said, 'I'll keep it next to my heart, and I'll call you this week.' And I never heard from him since."

In response, Greg Tucker, spokesman for the Buffalo Diocese, said in an email that Scharfenberger "remembers well this person and says that he has been searching for his card, remembering his promise to be in touch. As you know, he's shuttling between 2 dioceses these days and simply misplaced it. He wants very much to contact this person."