Was not charged with crime in June 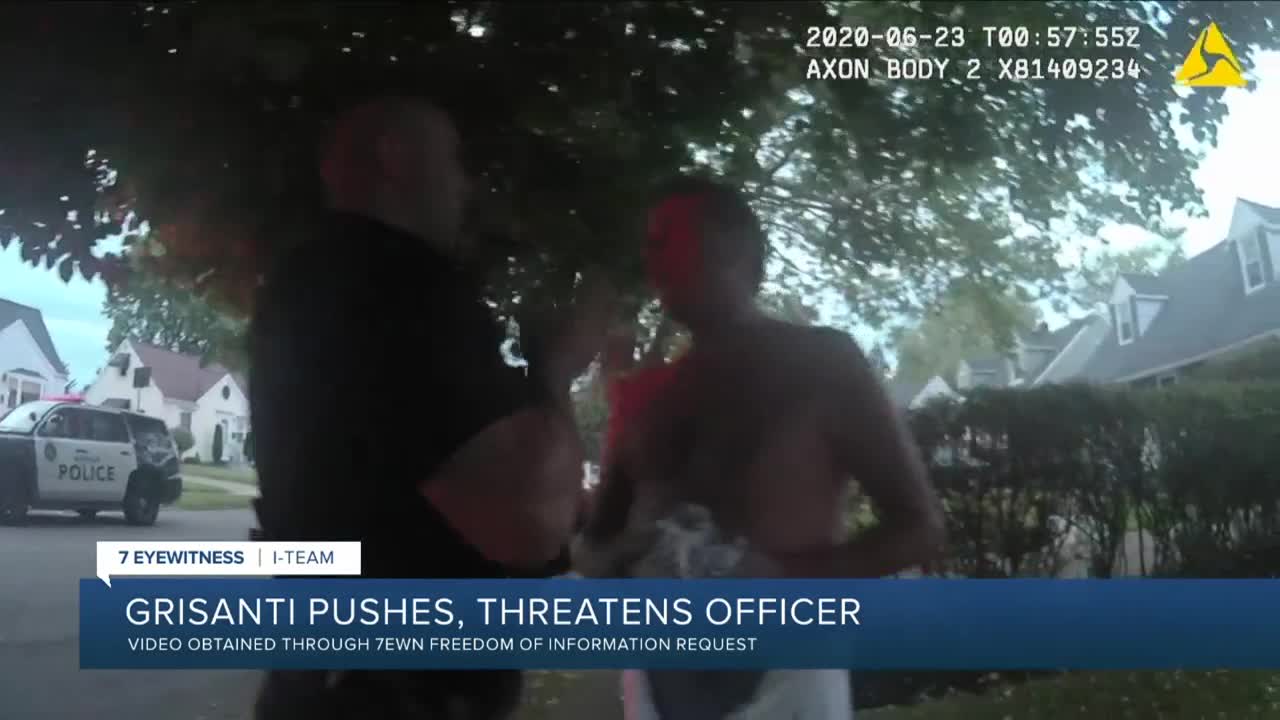 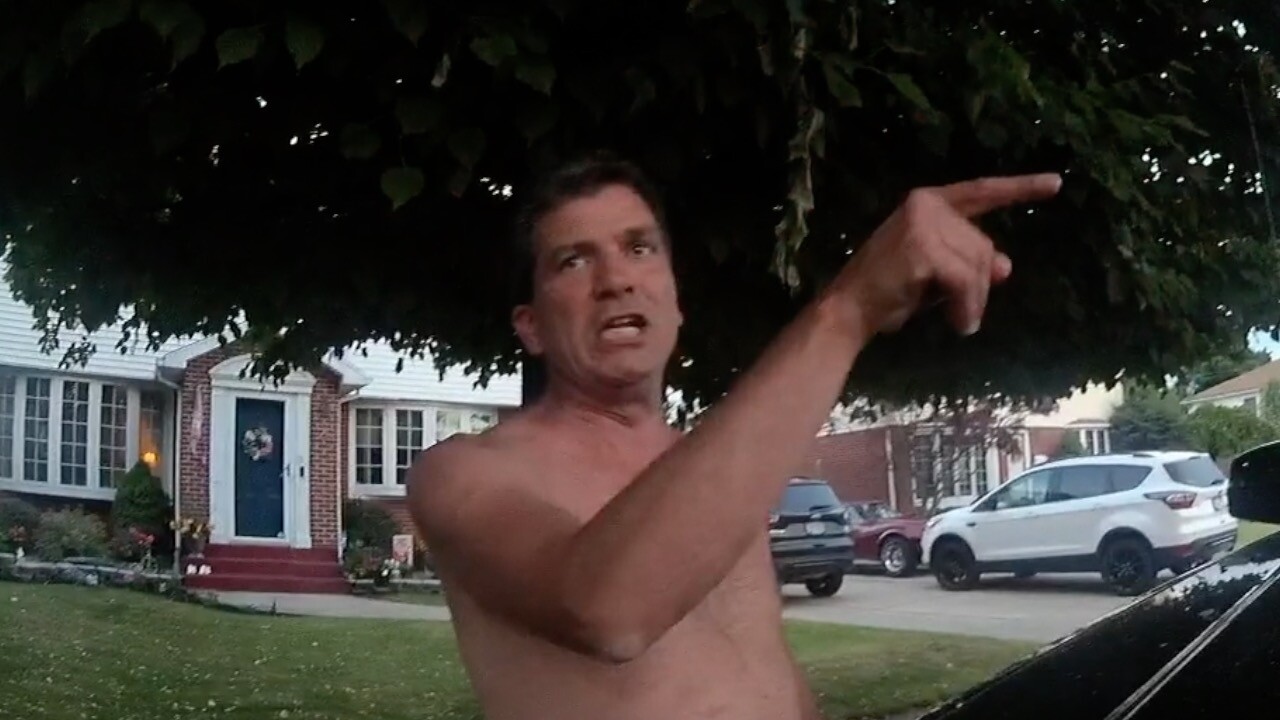 BUFFALO, N.Y. (WKBW) — In June, the 7 Eyewitness News I-Team reported that State Supreme Court Justice Mark J. Grisanti was under police investigation over a street brawl between the justice, his wife and their North Buffalo neighbors.

Grisanti and his wife were both handcuffed and placed in the back of police cars, but on July 8, Erie County District Attorney John J. Flynn Jr. announced that he was not charging anyone with a crime.

But new body camera footage obtained by the I-Team through a Freedom of Information Law request shows that Justice Grisanti admitted to shoving a police officer, repeatedly stated that he has family ties to the Buffalo police force and even invoked a friendship with Mayor Byron W. Brown as he sought lenient treatment for himself and his wife.

In the body camera footage, Grisanti repeatedly states that his daughter and son-in-law are police officers, as does his wife, Maria Grisanti.

“Maam, if you don't stop yelling, this is gonna be a problem for you,” a Buffalo police officer told Maria Grisanti as she was yelling at her neighbors across the street.

The officer then crosses the street and attempts to put handcuffs on Maria Grisanti when Justice Mark Grisanti begins shouting at the officer, approaches him from behind and shoves him.

Mark Grisanti is grabbed by police officers, one of whom states, “Keep your hands off of a cop.”

“You better get off my f---ing wife,” Mark Grisanti yells. “My daughter and my son are both Buffalo police officers...I’ll call them right now.”

Buffalo Police spokesman Capt. Jeff Rinaldo said Grisanti was not charged because he "didn’t tackle anyone. He didn’t punch him. He gave him like a shoulder shove."

Rinaldo said it was the officers' decision not to charge Grisanti for the push to the officer.

"The DA did not offer an opinion on that," Rinaldo said. "That was their [the officers'] discretion not to charge him for the push."

At another point in the video, Mark Grisanti is seen shirtless, yelling at officers to remove the handcuffs from his wife, who is in the back of a patrol car.

“If you don’t get the cuffs off her right now, you’re gonna have a problem,” Mark Grisanti shouts.

WARNING: This video has not been censored and contains adult language. Viewer discretion is advised.

“Don’t threaten that,” the officer says to him, before Mark Grisanti tells him he is calling the lieutenant who supervises his daughter, Ashley Amoia, and son-in-law David Cole.

“Gramaglia’s...my cousin,” he says to the officer.

Capt. Rinaldo, the police spokesman, said Gramaglia denied that he is related to Grisanti.

Moving up the chain of command, the former state senator then invokes the name of Buffalo’s mayor.

In response to this story, Mayor Byron W. Brown through a spokesman issued the following statement: “It has been, and remains, my policy as Mayor not to interfere in any police investigation. I have not spoken to the Buffalo Police Department, District Attorney Flynn, or Judge Grisanti regarding this matter. I believe that the District Attorney’s office is in the best position to determine the appropriate course of action."

In the video, Officer Richard Hy then loses patience with the shirtless State Supreme Court justice, getting in Grisanti’s face and waving his finger

Hy then handcuffs Grisanti and places him in the back of a police car, but later, Grisanti talks directly with Detective Mark Costantino, who he appears to know on a first-name basis.

Law360 reported that Costantino is Grisanti’s first cousin, but Rinaldo did not respond to a question about whether that was the case.

“They're saying you pushed an officer,” Costantino said to Grisanti. “You wouldn't do that, would ya?”

WARNING: This video has not been censored and contains adult language. Viewer discretion is advised.

Costantino then reminds Grisanti that his status as a State Supreme Court judge could be in jeopardy if such an incident becomes public.

“I mean, I just...the thing that freaks me out is that everything you do is gonna be scrutinized because of your job,” Costantino said.

Costantino stated, “If you get arrested, you know that's gonna be on [the news]...”

“Yeah, I understand that,” Grisanti said.

Asked why Grisanti was allowed a private discussion with the detective, Rinaldo said, "It appears the detective reached out to the lieutenant on scene and she allowed him to speak with Mr. Grisanti."

Though Grisanti will face no criminal charges in Erie County, Gina Mele -- the neighbor who was involved in the fight with the Grisantis -- said she has been contacted by investigators from the New York State Committee on Judicial Conduct, which has the power to sanction or remove judges.

“Certainly he's not happy about it,” said attorney Leonard D. Zaccagnino, who is representing Grisanti. “Certainly he wishes the incident never occurred.”

Zaccagnino said Grisanti was trying to defend his wife, and he feels his actions are being taken out of context.

“And he got angry, and he raised his voice, he put his hand up, and he did make contact with the officer,” Zaccagnino said. “He feels bad about it. OK, he feels bad about the whole incident.”

This is not the first time an altercation involving Grisanti and his wife has spilled out into public view.

Grisanti was injured in a 2012 scuffle at the Seneca Niagara Casino in Niagara Falls in which he said he and his wife were attacked and beaten during a confrontation with members of the Seneca Nation of Indians. He was a state senator at the time.

Grisanti, a Republican, lost his senate seat in 2014 but was appointed to a Court of Claims judgeship by Gov. Andrew Cuomo in 2015. While a senator, Grisanti provided Cuomo with a key ‘yes’ vote on Cuomo’s marriage equality legislation, and the governor wrote about Grisanti’s role in his recent biography.