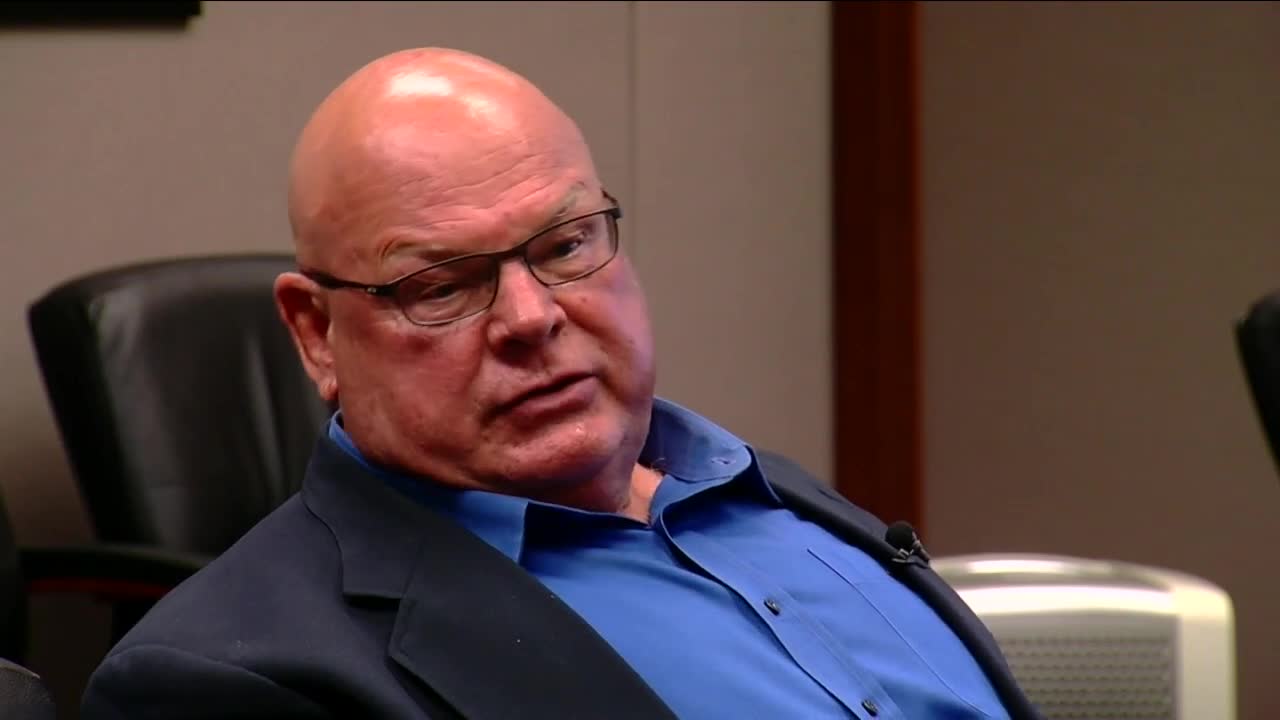 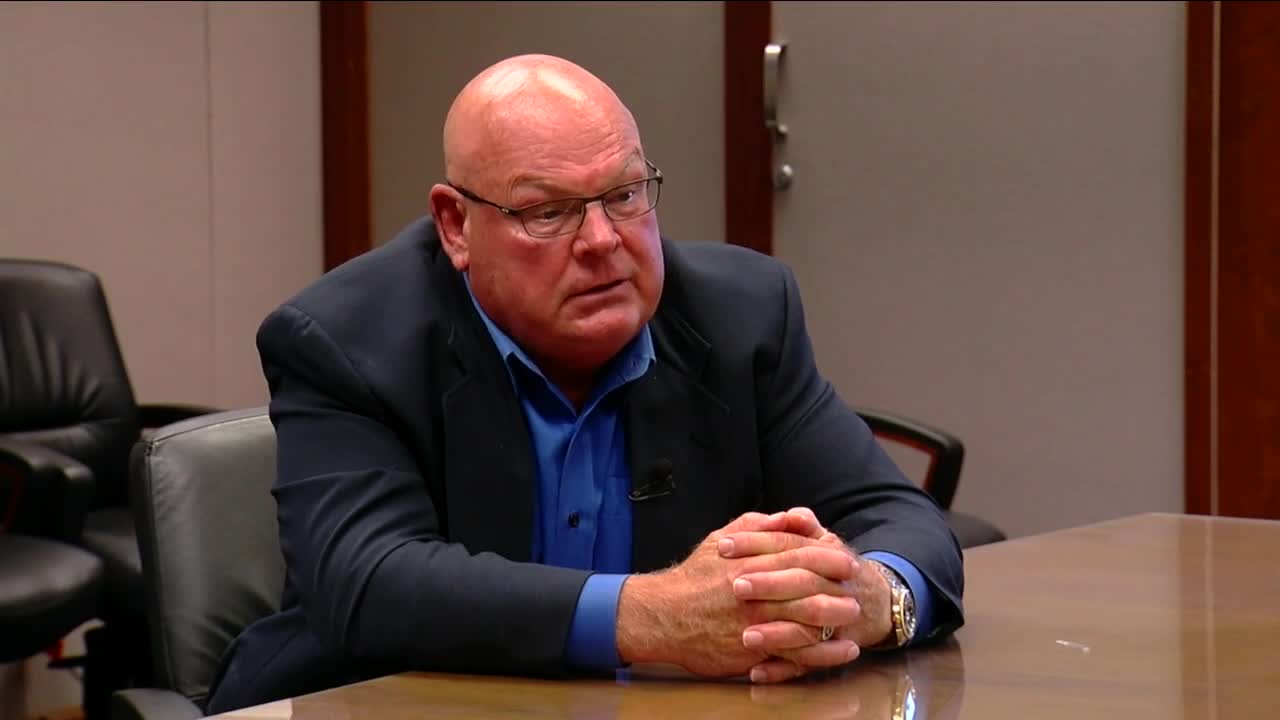 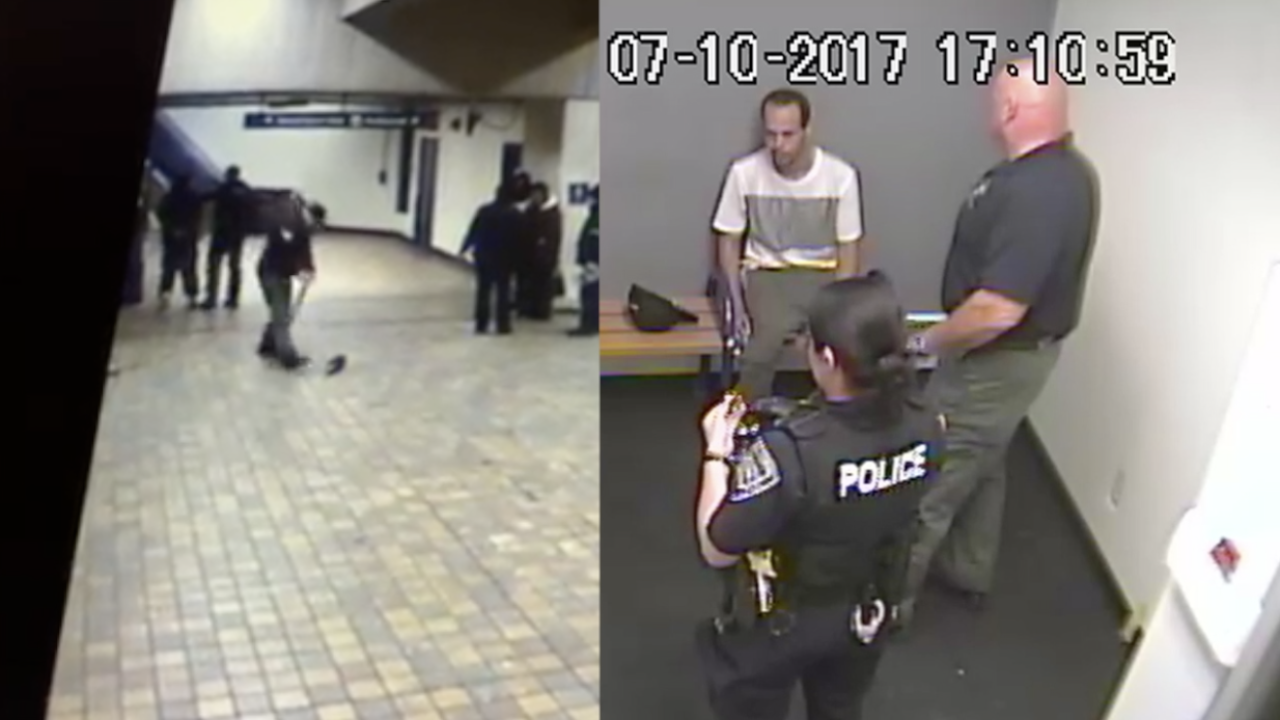 BUFFALO, N.Y. (WKBW) — Our I-Team started investigating conduct by the NFTA Police Chief George Gast back in June of 2020.

It was after a source came to our I-Team with videos they say show inappropriate conduct by the Department’s top cop that failed to yield any internal action.

During the course of this investigation, we independently obtained some videos and police reports while we had to file a Freedom of Information Law request for other materials.

A spokesperson for NFTA police asked us to turn over the materials we had independently obtained so their team could verify the materials.

We shared what we found, and were told a mugshot of a man in one of the videos was not in the NFTA system and was not related to the incident we obtained video of from a source.

The Department felt we were being given altered information meant to mislead and connect Gast to a “beating” he was not part of — so the Department began to look internally for our I-Team’s source.

It identified a man and suspended that individual pending termination.

An individual that was not known to the 7 Eyewitness News I-Team at the time.

The suspension came before the conclusion of our investigation and before we had a chance to sit down with Chief Gast to ask any questions.

When we finally did get in the room with Gast we first asked to go over what happened that night in February 2019.

"By the book" use of force

The video is from an incident that occurred at the Humboldt Metro Rail Station in February of 2019.

In the video, Gast is the first officer to arrive on the scene after he says calls came in about a drunk man in the station.

“He was making racial comments to some of the passengers and to the ticket inspector who was an African American female,” said Gast.

Eventually, other officers arrive and Gast helped to cuff the suspect.

After the individual was in cuffs, the video shows the Chief walking over to pick up a plastic bag — he says an empty plastic liquor bottle was inside.

It’s what the video shows next that some men we spoke with in the Department have called into question.

“He was acting out…we were trying to get the situation resolved,” said Gast. “I gave him a tap in the midsection to get him moving, get him going in the right direction towards the escalators.”

Our sources said it appeared that “tap” in the midsection was actually aimed towards the cuffed suspect’s genitals. Gast denies this.

The rest of the video depicts the man having a physical reaction to the “tap” and Gast directing him up against the wall in the station.

Madison: You can see his head bounce off the wall there, what happened with that?

Gast: He was still acting up, he was still resisting arrest so I’m putting him up against the wall

Madison: In your estimation that was not any sort of use of force?

Gast: There was nothing here that was done that was outside of our use of force policy, at all.

Madison: Anybody on patrol — you're comfortable with everything you did in this video? They'd be okay to do that, too?

The incident was anonymously reported by someone in the Department and went to the Erie County District Attorney and the Inspector General for review. Gast said he was cleared of any wrongdoing in that video and the second incident we went to review with the Chief.

The second incident that was brought to our I-Team involved a situation in July of 2017 in an NFTA booking room off Main Street.

Gast said he was walking by when he heard an unruly detainee giving lip service to some of his officers.

So, he says he stepped in.

A verbal exchange ensued where it appears the detainee, who was cuffed to a bench, told Gast it would take 30 officers to handle him.

Gast can he heard on the video telling the officers in the room to uncuff the suspect after his own key didn’t work.

The individual had his handcuffs removed and Gast can be heard saying, “You want to get up in my face?”

We asked the Chief why he uncuffed the man.

“That was the end of it. Nobody laid a hand on him. Nobody touched him. But it diffused the situation and it put my officers in a position where they could successfully complete the booking process, and get him gone.”

Madison: It almost sounded like you were trying to coerce him to escalate by taking the cuffs off.

Gast: No, I was putting him in his place. He made the comment it would take 30 police officers to handle him, well obviously he realized that wasn't the case. When you put somebody in their place… that diffuses the situation.

Madison: If he had done something, he would've been charged further?

Gast: I won't speak to speculation I can only speak to what happened, not what might have taken place.

Madison: So you feel like this conduct, again, was appropriate?

Gast: Based on the outcome — yes I do.

Gast: If your question is… do I feel I did anything wrong here?

Going for the inside man

Gast stands by his actions in both videos, although his own officers anonymously reported each, before anyone ever came to our I-Team.

He also stands by the Department’s move to fire a person it claims leaked our I-Team information.

Gast did not specify which other occasions we were provided false information. We had not verified the mugshot was related to the incident but were working through our own investigation at the time of the suspension.

Gast: Whether you used it or not, that individual purposely sent a false mugshot to try and indicate I did something that I did not do.

Madison: And you have proof?

It would be impossible for the NFTA to have “absolute proof” the individual it suspended was sending us falsified information.

We made contact with that person for the first time through our source after the suspension to find out how the individual became linked to our investigation.

Instead of fighting what that person called retaliation — the person told our I-Team they would retire instead.

Where are whistleblower protections?

We asked Michael Higgins, staff attorney at the UB School of Law Civil Rights and Transparency Clinic, about whistleblower protections for people reporting instances of misconduct.

“The New York State whistleblower protections don't protect people who send information to the media,” said Higgins. “It protects people who make complaints within the formal processes like to internal affairs or to the Attorney General, or something like that.”

The first amendment does include protections for providing documents, which would be considered an expressive act — but they’re not particularly strong Higgins added.

A judge would have to weigh a number of factors and “that’s where things get messy”.

An NFTA source wrote to our I-Team about the investigation and actions taken internally as a result:

"Guys are now saying, "Why turn in bad officers or command staff if nothing is done and you ultimately get fired?'
The source went on to say: "The NFTA is the most corrupt agency in our region. They're dirty. All they do is lie."

Gast: I would totally disagree with all of that. 100%