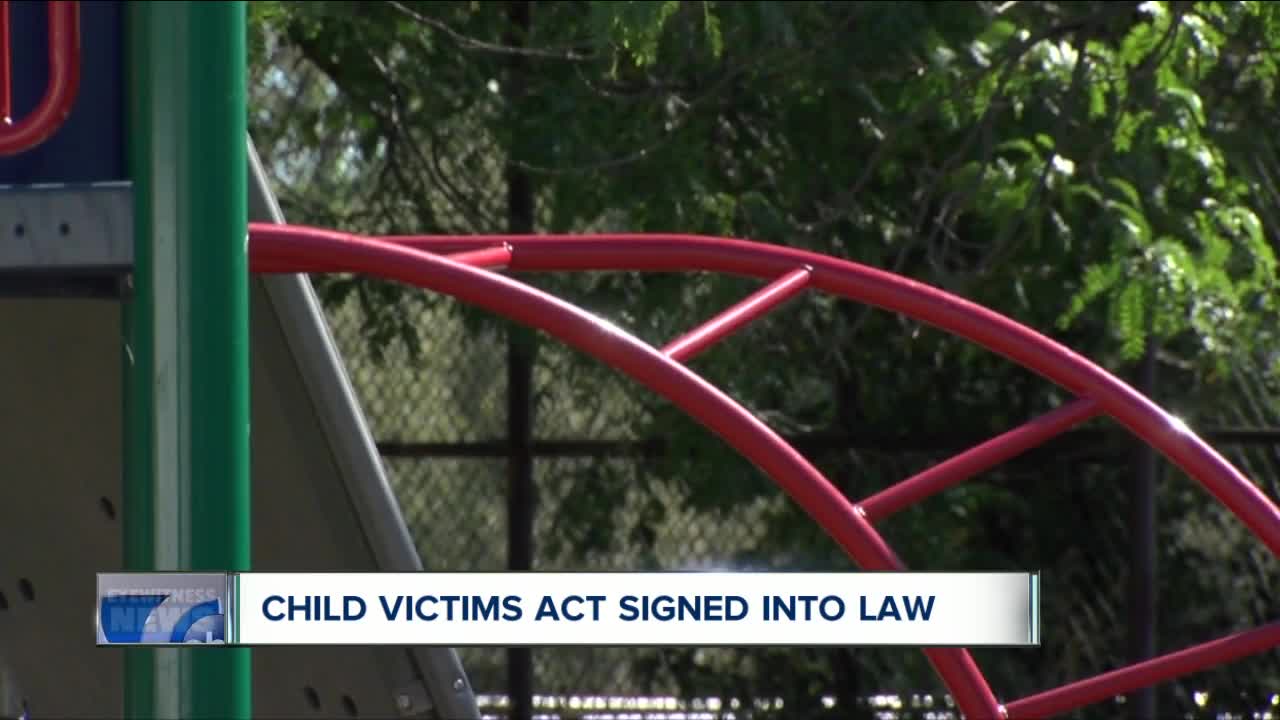 The bill -- passed unanimously last month by the State Senate -- had been bottled up in Albany for 12 years, but the logjam broke after scores of sexual abuse victims revealed they were molested by Catholic priests in the Diocese of Buffalo and in other institutions throughout the state.

"This bill brings justice to people who were abused," Cuomo said at a news conference in New York City. "The bill rights the wrongs that went unacknowledged and unpunished. Today says, ‘Justice is done.’ Today says, ‘Nobody is above the law.’ The bill says, ‘For those who are cloaked with authority, that that cloak is not impenetrable. That if you violate the law, we will find out, and you will be punished.’"

Standing in the newsroom of the New York Daily News, the governor credited three groups of people: the brave abuse survivors who stepped forward at great personal cost, the journalists who told their stories and took on powerful institutions, and the legislators who finally found the political courage to reform the laws.

"Today we are about to sign a bill long in coming that makes history," Cuomo said. "Why? Because great journalists excel, because elected officials persevered and showed courage, but most of all we are here today because courageous victims who endured great pain and great anguish and great humiliation had the courage to come forward and tell their story."

Previously, child sexual abuse victims had only until their 23rd birthday to pursue criminal or civil charges against their abusers or the institutions that covered up the abuse.

The new law will extend those statutes of limitation to age 25 in misdemeanor criminal cases, age 28 in felony criminal cases, and 55 in civil cases. It also establishes a one-year "look-back window" where victims can file civil lawsuits for one year, no matter their current age.

His revelations helped set off a sexual abuse scandal in the diocese which led more victims to come forward and also led to investigations by the FBI and State Attorney General. The 7 Eyewitness News I-Team in August published a three-part series based on confidential documents by a church whistleblower which revealed what many have called the mishandling of abuse allegations by Bishop Richard J. Malone.

More than 118 clergy in the diocese have now been accused of sexual misconduct and more than a dozen priests have been suspended from active ministry.