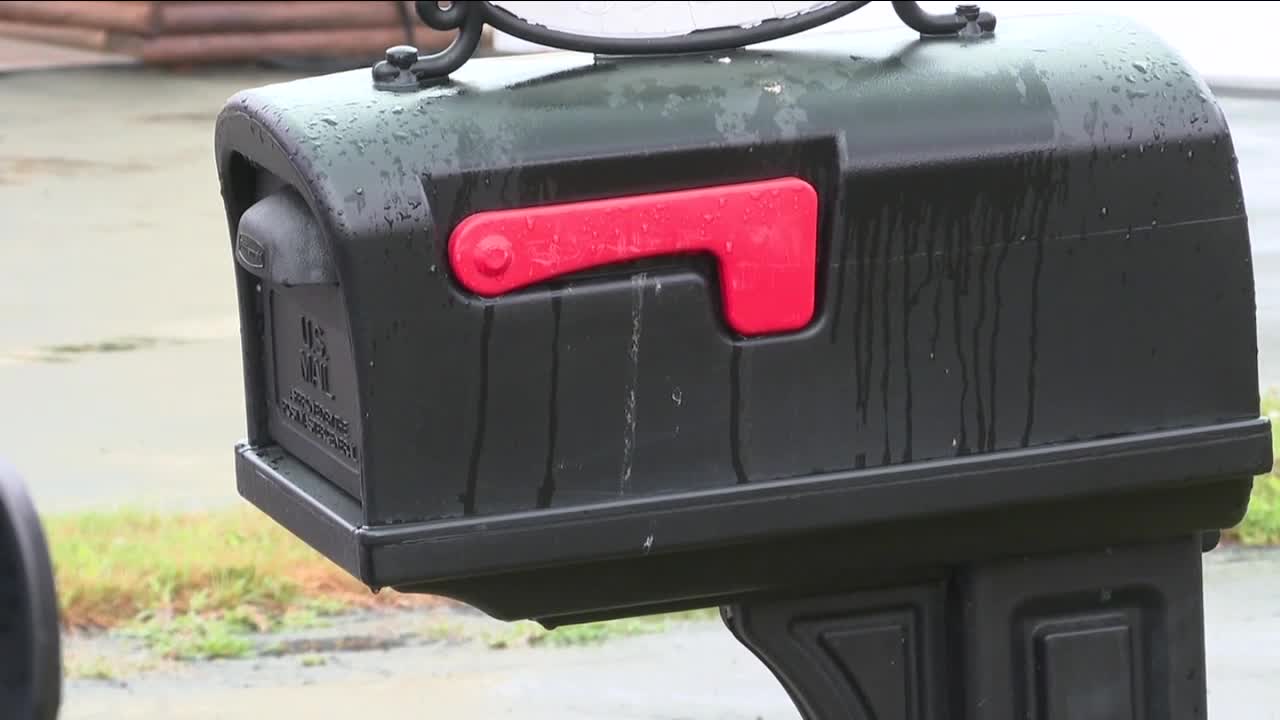 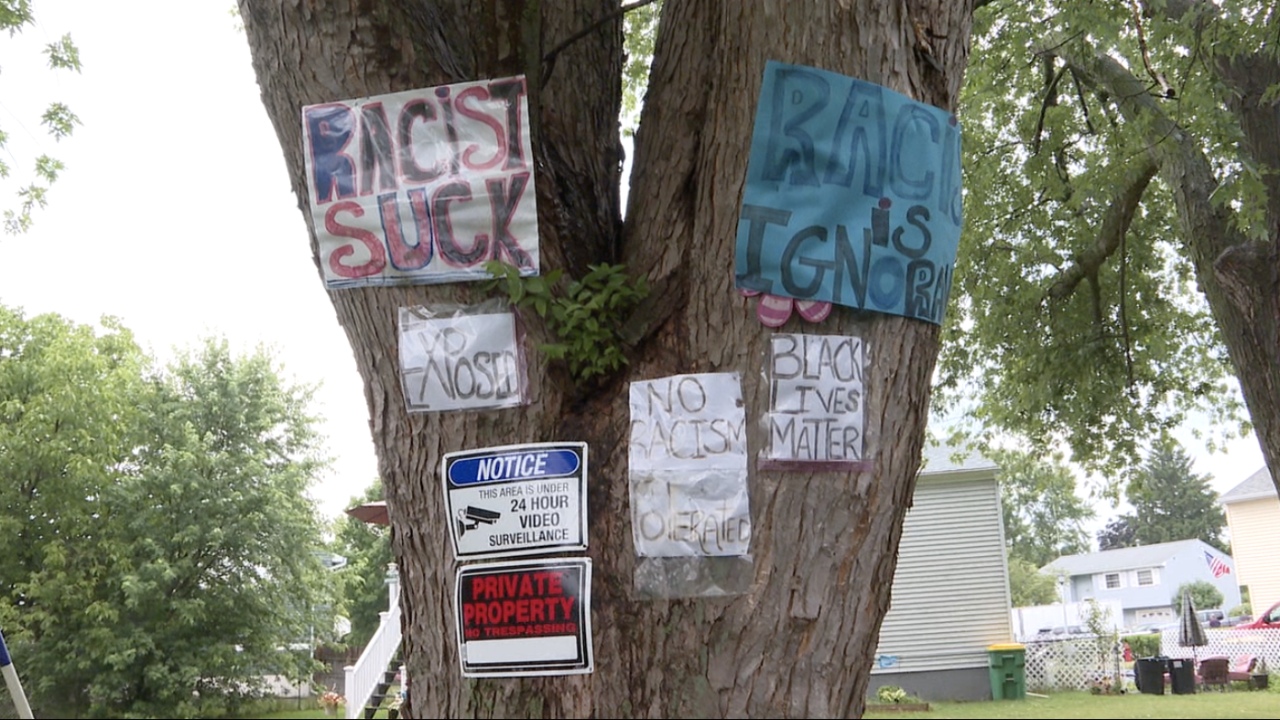 That’s when she said she started to see her southern neighbor’s true colors.

Last summer Dean says she was out back with her children when she heard someone yell “Shut up!”

She said she saw her neighbors up on their deck and they repeated the demand, but this time adding a racist slur.

Dean said her 13-year-old daughter and 16-year-old son were present to hear the slur.

“For racism or racists to be right in my back yard — it was shocking.”

Fast forward to this summer: “Flyers were going around the neighborhood about this same neighbor calling someone else the n-word."

Dean said she did not create the flyers nor does she know which other neighbor was targeted by the same slur.

But, her mail carrier apparently had some ideas.

June 8 Dean was inside while her son was in the driveway listening to music, that’s when she said she heard a commotion outside.

“I heard this screaming outside. So, when I looked out the window I saw this mail carrier parked outside my driveway, walking up my driveway, yelling at my son.”

Dean said she confronted the carrier.

“Who do you think you are? What are you doing? Who are you yelling at — don’t you dare talk to my son like that.”

Dean said the mail carrier was falsely accusing her son of distributing the flyers in mailboxes around the street, which is illegal.

Her confrontation did not receive a warm response, she said. Dean alleged the carrier gave her the finger as she left her property.

Dean’s next action was to go report the incident to the postmaster.

“When I drove by her, she turned and looked at me — gave me the finger again.”

Dean said she did not receive a warm welcome by the postmaster, but according to the the United States Postal Service, action was taken. It said the incident was fully investigated by the Office of the Inspector General and closed June 9th.

He sent us the following statement:

“Regarding the incident in Lockport, the U.S. Postal Service expects all of our employees to treat each other, our customers, and the public at large with dignity and respect. The Postal Service has a very diverse workforce and has zero tolerance for discrimination and harassment by its employees. This incident has been fully investigated and the Postal Service will take appropriate action, however, the Postal Service cannot comment on internal personnel matters.”

Dean said the carrier was taken off her route, but not the neighborhood entirely. It was explained to her this way: “She’s been working for the United States postal office for 30 years. She bidded on this development, this area. So, they can’t take her out of this area, but they can have others deliver mail within this cul-de-sac here — which they have been for the last month.”

Dean filed a report with New York State Police after the incident involving her son. Police tell us they investigated and closed the case without filing any criminal charges.

Dean’s problems with her neighbor persist.

Last week she said she was in her backyard when she said a male from the home was outside of her gate.

“I saw him throw his hand like that (gestures as if throwing something) over my fence.”

Dean went to investigate, she said the man wasn’t aware she was in her backyard with her dog — a pitbull named Coco.

“What are you doing back there? What did you throw in my yard? And my dog was nibbling and sniffing or whatever…not even 5 minutes later she started throwing up.”

Dean said Coco threw up for the rest of the night and ended up in the animal hospital. A nearly $700 bill later, the dog and Dean were back home.

She left the vomit sample and the small pellets she said were found in her yard with the veterinarian to analyze.

The results have not been returned.

Dean said when she called the Niagara County Sheriff’s Office to report the incident, the officer that responded said he was going to have to report her to animal control to verify her pet has been taken care of, and she claims he also told her she had an expired car inspection on his way out.

This week, Dean received a letter from the Town of Lockport saying her dog is not registered with the Town and the state requires licensing of animals over 4 months.

Coco is still not eating solid food or taking medicine but is doing much better.