Files accessible in '60 seconds or less' 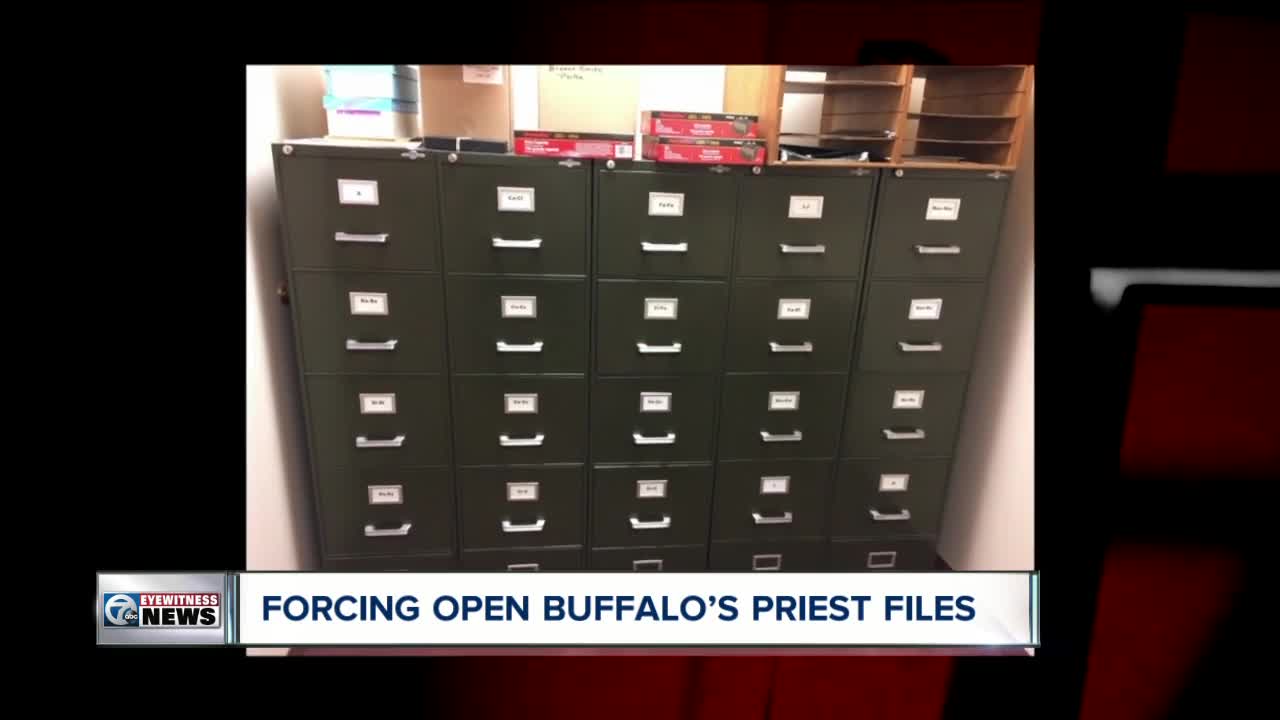 The secret files on abusive priests in the Diocese of Buffalo sit locked away in a group of file cabinets at diocesan headquarters. The question is whether a new bishop preaching transparency will release the files to abuse victims and other Catholics.

BUFFALO, N.Y. (WKBW) — The secret files on abusive priests in the Diocese of Buffalo sit locked away in a group of beige and green file cabinets at diocesan headquarters on Main Street.

The question is whether a new bishop preaching transparency will release the files to abuse victims and other Catholics.

“Give us the files,” said attorney J. Michael Hayes, who represents two of the victims pushing for the files. “We’re entitled to them under the law.”

Hayes is making a motion in State Supreme Court that could be a potential game-changer for the diocese, and could pry open the secret files on two of its most notorious priests: Fr. William F.J. White and Fr. Norbert Orsolits.

“If there is such a thing as a smoking gun in these cases, my guess is it's the personnel file of these priests,” Hayes said.

More than a dozen men accuse the two priests of sexual abuse that allegedly occurred decades ago. Hayes is asking Justice Deborah A. Chimes to force the diocese to turn over their files as part of normal court procedure.

“We're entitled to this, OK?” Hayes said. “I've heard no one say that we're not entitled to these confidential files, these personnel files.”

Hayes put diocesan whistleblower Siobhan O’Connor under oath to prove that the files are organized and readily accessible. In an affidavit, she stated that the files could be “retrieved in essentially 60 seconds or less.”

But lawyers for the diocese argue that Hayes needs to wait for them to sift through files dating back to 1917 for the more than 200 Child Victims Act lawsuits filed by the diocese, as part of a case management order issued by Chimes.

Interim diocesan spokesman Greg Tucker said in a statement, “This is a matter that is about sequence and the established review process primarily - not about fighting disclosure.”

That’s not the way Hayes sees it.

“The church isn't confessing,” he said. “Up to this point they're hiding, they can say, ‘Well, it's because of legal or because of counsel or whatever.’ Bottom line is, they're not coming clean.”

Hayes said the diocese is delaying, and there is speculation the diocese will declare bankruptcy next week -- which would freeze all court proceedings.

“And so these files could never come forward,” Hayes said. “They could file bankruptcy tomorrow. So I think time is of the essence.”

Aside from the legal process, interim Bishop Edward B. Scharfenberger could proactively disclose the documents to parishioners, as was done years ago in the Archdiocese of Los Angeles as a means of healing and reparation.

“And that's what the new bishops all about, isn't it?” Hayes said. “Okay, can we trust him? He says, ‘I'm going to be open. I'm going to be transparent.’ All right, well, show me.”