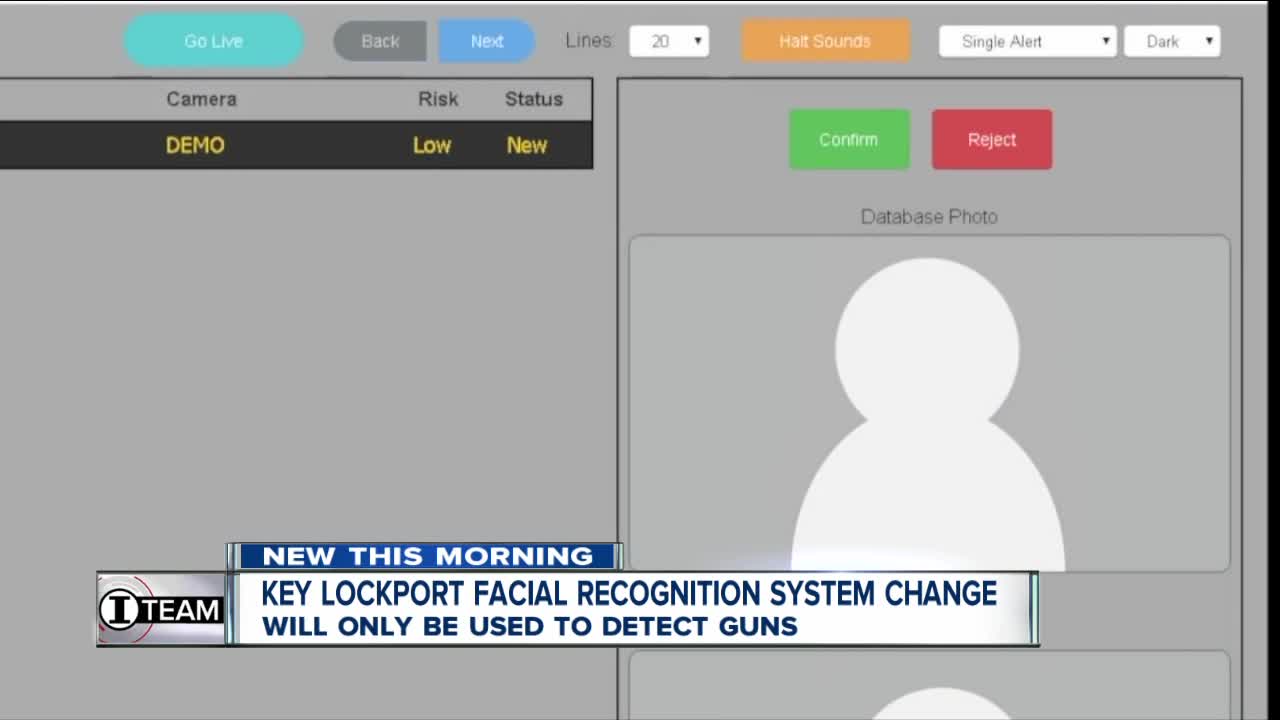 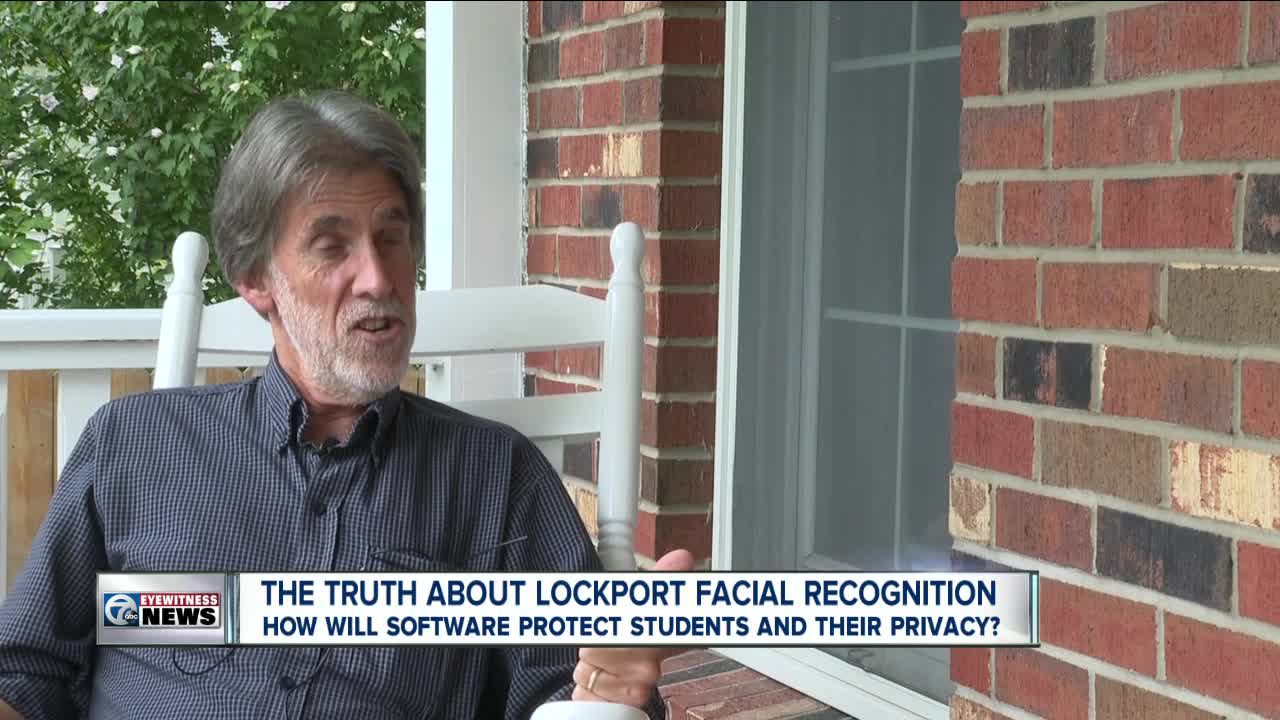 The State Department of Education told the district to hold off on installing the system while more questions were answered about its use and scope.

Superintendent Michelle Bradley told our 7 Eyewitness News I-Team that as of right now, the system is set to be implemented tracking only guns, not faces at all.

It’s being done as part of the effort to get the software off the ground and at least run on a trial basis throughout the schools.

We asked whether she was surprised at some of the push back the district has gotten since introducing the technology last year.

“I would say disappointed,” she said. “The whole idea for this project and this technology is to make our schools safer; unfortunately, it's a priority based on what's happening across the country with school shootings.”

The system was initially pitched as a way to keep unwanted visitors out of the district.

This would have been people like level two and three sex offenders, those with orders of protection against them, and suspended students.

“We believed from the get-go that suspended students, based on studies from shootings in our country where much too often there have been - they've included students who are expelled or familiar with the schools. So we believed that category is something we should consider,” said Bradley.

But after pushback from the New York Civil Liberties Union over whether students of color would be unfairly targeted, the suspended students category was taken out of district’s plans entirely, followed by all faces and human biometric data being removed months later.

Jim Schultz, who has become the face of the parent opposition to the AEGIS software in schools, said people in the Lockport community were on edge after first hearing faces of suspended students would be tracked by the software.

“I’ve spoken with members of the African-American community about this and their reaction is ‘yeah, we know exactly who this system is targeting’,” said Schultz.

“If you're a black student in the high school you're more than twice as likely to be suspended than a white student.”

There was concern among some that this system would be used for help with disciplinary action by administrators — because it could make it easier for them to access people’s whereabouts without having to comb through closed circuit television (CCTV) footage as done in the past.

The district responded to the comments saying that is ‘a misconception’ about the system.

“We would be addressing concerning behavior in other ways that we've already been doing... there's a policy in place that outlines the procedures that we would need to take in order to place an image in the system.”

How does the technology work?

The technology was adapted specifically for use in schools — modeled after facial recognition systems SN Technologies uses in airports and casinos.

It is not a camera, but rather a software added to existing CCTV systems.

“The computer doesn't see male, female, black, white, Hispanic,” said Dr. Rob LiPuma, the Director of Technology, Data, Security and Communications for Lockport Schools. “It looks at shapes, and mathematical equations… similar to what a fingerprint reader would do.”

The software only tracks what it’s told to search for by a picture being input into the system.

“This system works with the CCTV cameras and as footage is being collected it's analyzing the footage being collected trying to find a match for something that's in the database,” said LiPuma.

CCTV cameras have been used for nearly two decades in Lockport Schools.

“[The] cameras actually are continuous video that's based on movement in hallways or at doorways,” said LiPuma. “The cameras are recording whatever is going on in those areas.”

It is then a two-step process to confirm a threat.

The software will alert the human monitor — a person hired by the district to work the security room on a rotational basis — and that person will have to confirm or deny the threat.

If it’s a weapon, the software will send an alert to law enforcement, and district administrators immediately and lock down the school.

As of now there are about a dozen types of guns that will be tracked by the AEGIS software, but critics of it say the system relies on danger being in plain sight.

“First of all…it's not an X-ray system,” said Schultz. “You can take a $2.7 million system and render it completely useless if you go and buy a $15 backpack at Walmart and stick a gun in it.”

The system itself actually cost the district $1.4 million.

Where did the money come from for AEGIS?

In the 2014-15 budget year Governor Andrew Cuomo launched the Smart School Bond Act which authorized $2 billion of taxpayer money to be used for improving safety in school districts.

There were four categories designated for schools to allocate funds:

2. Acquire learning technology equipment or facilities, including but not limited to interactive whiteboards, computer servers, and desktop, laptop, and tablet computers;

3. Construct, enhance, and modernize educational facilities to accommodate prekindergarten programs and to provide instructional space to replace classroom trailers; and/or

4. Install high-tech security features in school buildings and on school campuses, including but not limited to video surveillance, emergency notification systems, and physical access controls.

The Lockport City School District was awarded a $4.2 million allocation for security upgrades, and Bradley says after looking at the categories only the last category — “high-tech security” — applied.

She said the school had already made improvements in the other areas, and/or they did not apply.

Of the allocation, only $1.4 was spent on the AEGIS system which was approved at two levels by the state and the Education Department originally, before they put the breaks on it last year when questions were raised over data security and privacy.

Over $2 million of the allocation was spent on other security upgrades including installing the visitor I-D scanning system at school entrances, putting shatter proof shielding around the first floor of district buildings, upgrading the PA system, and other security enhancements.

Bradley says there is still about $300,000 left in the district’s allocation.

Who will have access to the data? What happens if an unauthorized user breaches the system?

The largest concern surrounding the software is data security and privacy — it’s the reason the State Department of Education has asked the school district to delay its implementation.

The state is reviewing policies that currently exist, as well as how data will be protected with the addition of the technology.

In a statement to BuzzFeed News it said, “The Department has not come to the conclusion that the District has demonstrated the necessary framework is in place to protect the privacy of data subjects and properly secure the data. As such, it is the Department’s continued recommendation that the District delay its use of facial recognition technology”.

Daniel Greene is a partner at Beckage Law Firm which specializes in data protection, privacy and security.

He says there are three laws at the federal and state level that need to be taken into consideration for districts considering implementing any new technology that could analyze or collect biometric data: the New York State Technology law, the New York State Education law, and the Federal Educational Rights and Privacy Act (FERPA).

“Your policy needs to reflect all of that analysis — when you're talking abut things that are being held you need to analyze: how long are we holding this? Is it necessary to hold it that long? Is this the least invasive way to accomplish the task at hand?”

The AEGIS system does not record anything, that is left to the CCTV system, which the district says records and delete footage after 60 days.

That is, unless the footage has been flagged for any particular reason.

“If we had to do an investigation, we would have to take it off that system and store that somewhere else which is what we might have to do now,” said technology director Dr. Rob LiPuma.

The state is not just evaluating the LCSD policies, it’s updating the way it handles data and security as well.

There have also been rumors circulating around Lockport that law enforcement including Immigration and Customs Enforcement (ICE) will use this system to target students.

Bradley said that is false: “That’s not what the system is intended to do.”

LiPuma added that the addition of this software will not change how the district interacts with law enforcement.

If they want access to any footage or records proper subpoenas and paperwork would need to be presented.

“This system and the way we're using it doesn't introduce anything new -- we've done these things for years. Just because we're using this system doesn't change the way we deal with our collaboration or cooperation with police.”

Outside of a court order, there are protections in place for students and their data when it comes to sharing with third parties.

“Under both the state and federal laws are the expectation that information is not to be shared,” said Greene. “But there are times law enforcement will have to show they have reason to have access to that information, otherwise it is the school and the school alone's to maintain and prevent from any unauthorized access.”

The district does have polices in place for notification procedures if the software or footage is breached — but it does not encompass all three laws at this point. LiPuma tells 7 Eyewitness News that the district has to comply with all state and federal laws, and since faces are not going to be input at this time the policy doesn’t necessarily reflect notification in the case of a breach of biometric data.

He adds the district will continue to review and update policies as it moves forward with implementing more technology.

When will it be installed?

As of now, the district has not been able to get approval from the state to install the software or run it on a trial basis.

Superintendent Bradley says they are cooperating with the State Department of Education to answer all of their questions and adjust their policies.

“We are moving forward with fine tuning the system and our policy so we can eventually get to a place in the near future of activating the system,” said Bradley.