I-TEAM: It takes a village to abuse a child, Buffalo Diocese survivor says 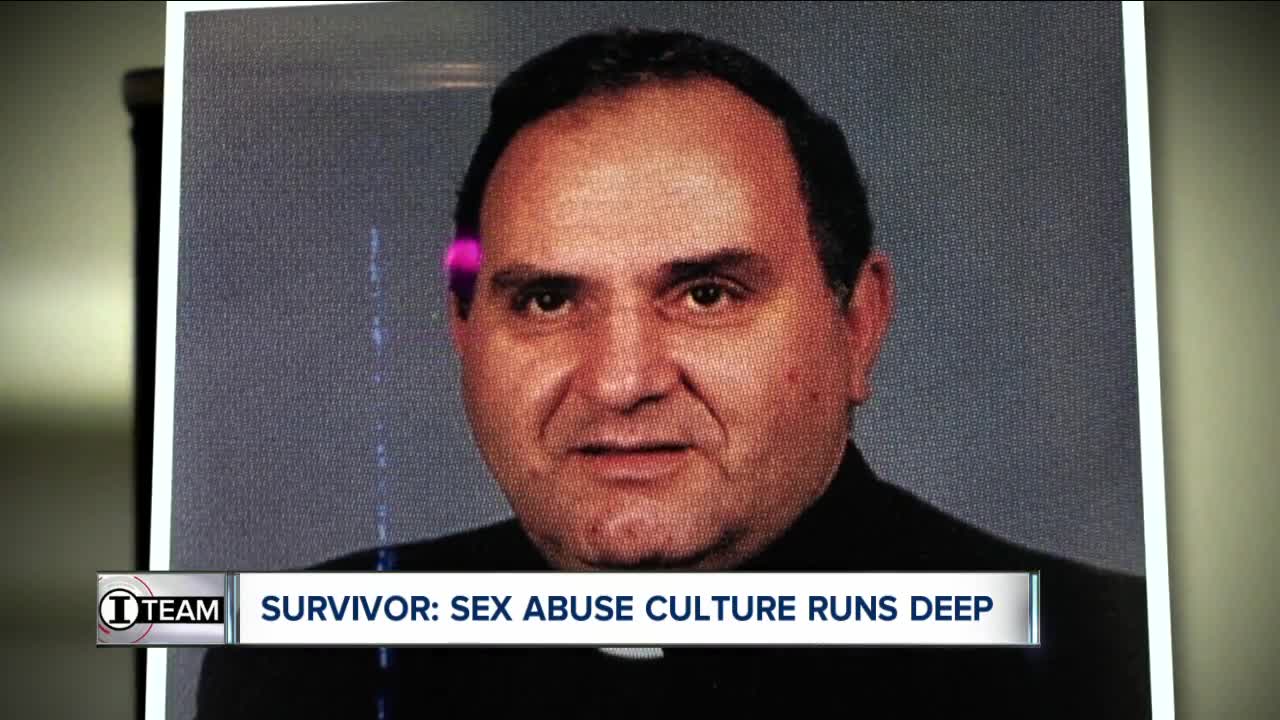 The story of David Harvey, who says he was abused by a Buffalo priest, is one of courage and cowardice.

BUFFALO, N.Y. (WKBW) — The story of David Harvey, who said he was abused by a Buffalo priest in the 1970s, is one of incredible courage.

It’s also one of incredible cowardice.

Courage on the part of Harvey, who spent dozens of tortured years dealing with the demons of abuse, to rebuild his life.

Cowardice on the part of the two men who could have done something to stop the abuse -- but looked the other way.

It all started with the type of offer that -- for a working-class kid from Tonawanda -- was hard to pass up.

It was the 1970s, and Harvey was 8 years old at the time. He still remembers being led down the stairs of the boat for a private tour by two men -- Father Peter and another man who was not a priest.

By the time he got to the bottom of the stairs, Harvey said the priest was practically on top of him.

“I knew that I was in trouble,” Harvey said in a recent interview with 7 Eyewitness News.

Decades later, Harvey now has a family, a successful career and many reasons to be happy and proud.

But it’s still hard for him to recall that moment of horror without the tears coming.

“I thought that I was going to die,” he said. “I had completely forgotten anything that was going on outside of that room. I just knew that I was in terrible trouble”

Harvey’s story is different from so many of the awful stories of abuse in the Catholic Diocese of Buffalo because it goes beyond the priest -- and involves at least two other adults who knew of the abuse, and looked the other way.

“It is my belief that this boat trip was intentionally set up to abuse all these boys,” Harvey said. “I believe that was the intention.”

Harvey said the boat was owned by a local family that is prominent in the Western New York business community. Harvey can still remember the face of the man who stood in the doorway and watched as the priest abused him.

“The other guy, he just kept on staring at me. I just looked in his eyes, I couldn’t look away from him,” Harvey said. “He was watching it and he obviously knew what was happening. Kind of like, feasting on my fear.”

Harvey kept the abuse a secret for years -- fearful of the priest’s threatening words.

Father Peter had a 36-year career in the diocese, retiring in 2002. He died two years ago. A Buffalo Diocese spokeswoman declined to comment on his behalf.

During the 1970s, when Harvey said he was abused, Peter was assigned to four parishes in 10 years: St. James in Buffalo; St. Agatha’s in South Buffalo; St. John the Baptist in Lockport; and St. Edmund’s in Tonawanda. A few years later, he was reassigned to a church in Forestville.

“I find it very difficult to believe that I was the only person to file a complaint against Father Dave when he’s been bounced around from church to church to church, as brazen as he was, and after leaving as suspect as his leaving was,” Harvey said.

Harvey said he was also abused at St. Edmund’s after Mass when Father Dave insisted the boy take a shower with him. Multiple times, he said the pastor of the parish refused to step in and stop Father Dave.

“He just has his back to me, and he’s not even saying a word to me,” Harvey said. “He’s not even acknowledging my existence. And i’m just a young kid trying to get this guy to like, help me...to speak reason to this other guy trying to get me to take a shower.”

Harvey plans to sue the Buffalo Diocese. He is one of dozens of victims who have been excluded from the diocese’s settlement program because the diocese said they did not report the abuse until last year.

Harvey said his fight is more about justice than money, which he wouldn’t enjoy anyway.

“I can’t imagine buying a house and living inside my abuse,” he said. “[But] I find it highly offensive that me as an eight-year-old constantly complaining to a priest who did absolutely nothing about it, is somehow not eligible for compensation.”

“He told me that my complaint isn’t valid,” Harvey said of Grosz. “He said I’m the only one that has complained about him and he says, ‘Let’s be real: he’s dead, he can’t defend himself. I found him to be very insulting...and lacking compassion.”

Grosz, through a Buffalo Diocese spokeswoman, declined to comment.

Harvey wrote about the abuse in his own words on Facebook. Click this link to read that story.

More than 119 clergy in the Buffalo Diocese have been accused of sexual misconduct, and Malone has been criticized for allegedly covering up recent abuses.