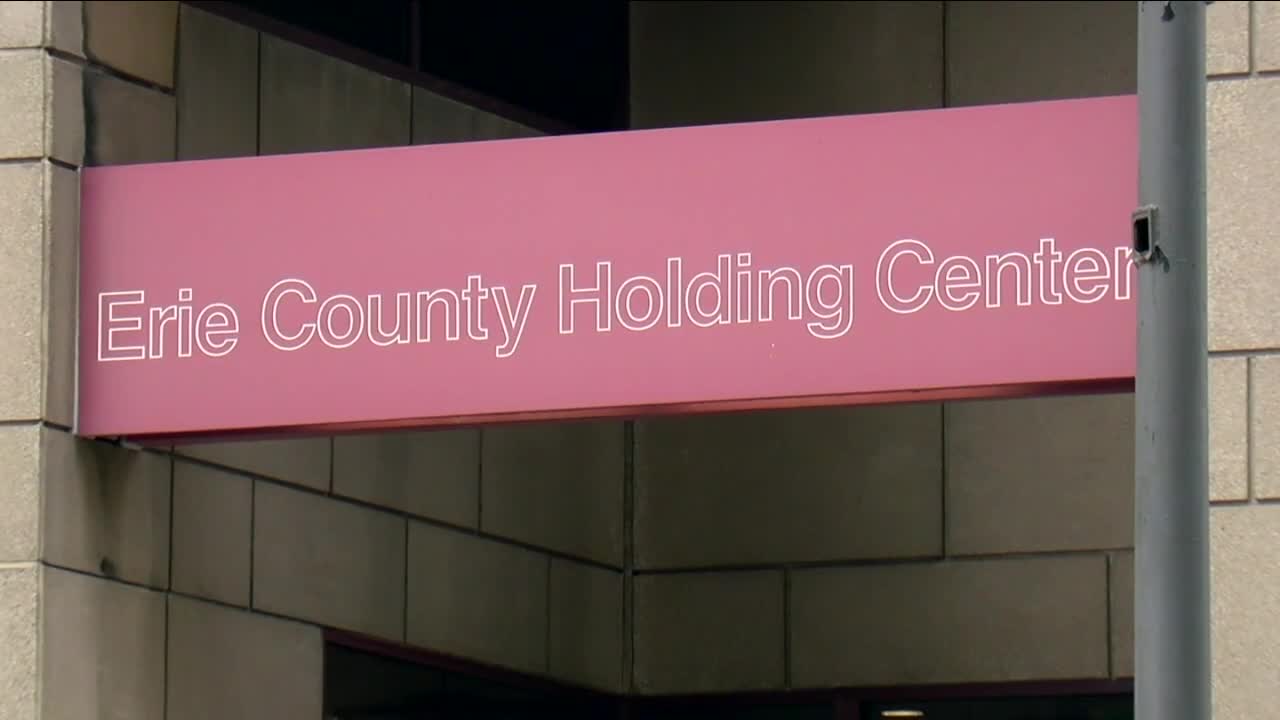 The administration of Erie County Sheriff Timothy B. Howard failed to report five alleged sex crimes involving jail guards and inmates to the State Commission of Correction as required by law.

BUFFALO, N.Y. (WKBW) — The administration of Erie County Sheriff Timothy B. Howard failed to report five alleged sex crimes involving jail guards and inmates to the State Commission of Correction as required by law, the 7 Eyewitness News I-Team has learned.

Those are in addition to two other cases reported by The Buffalo News on Sunday in which two women inmates alleged illegal sexual contact by an Erie County Holding Center sergeant, who denied the contact. The sheriff's office also did not report those incidents to the state board.

“We have conducted an audit of prior investigations dating back to 2018 and found five additional errors (which we are currently addressing with COC) with respect to reporting these investigations pursuant to the Reportable Incident Guidelines,” Thomas J. Diina, superintendent of the sheriff’s jail management division, said in an email Wednesday.

Diina’s acknowledgement came in response to questions from the I-Team about the scope of alleged sexual abuse or misconduct by corrections officers in the downtown Holding Center and the Erie County Correctional Facility in Alden.

The I-Team obtained documents through the Freedom of Information Law that showed the allegations went far beyond one incident involving Sgt. Robert Dee, who once married a woman he met behind bars.

According to the New York State Commission of Correction’s Reportable Incident Manual, local jails are required to notify regulators “within 24 hours of occurrence of a sex offense or initiation of an internal and/or criminal investigation into an alleged sex offense” involving an inmate, staff member or visitor.

But as The News reported Sunday, Howard’s office did not do so in Dee’s case, neither when they learned of the allegations nor when they launched an internal investigation.

“We erred in not reporting the investigation to COC, and have taken steps to ensure the issue does not recur,” Diina said.

He added that “all investigations have been properly reported to the federal government as required by [the Prison Rape Elimination Act] and our agreements with the [U.S. Department of Justice].”

In New York State, penal law states that there can be no consensual sexual relations between an inmate and a guard because of the power imbalance in such settings.

"Allegations of sex offenses in local correctional facilities are treated with heightened scrutiny, especially those involving staff and incarcerated individuals because there is never consent under those circumstances," Janine Kava, spokesperson for the State Commission of Correction, said in a statement. "Failure to report these incidents not only violates state regulations, but it raises concerns about the way in which they were investigated."

A Howard spokesman said Wednesday that the sheriff was not available for an interview, but in 2017, the Commission cited his office for failing to report suicide attempts, inmate violence and the "erroneous release" of a defendant, and warned that it expected to see improvement.

Former Niagara County Sheriff Thomas A. Beilein was chairman of the Commission of Correction during that time.

“It’s a big deal with this particular case because if you recall, they were not reporting inmate suicide attempts, classifying them as something [else], just before I left the Commission,” Beilein said Wednesday. “So there’s a well-known pattern of what needs to be reported.”

Diina said the sheriff’s office is “currently reviewing our policies with respect to reporting to determine if there are any gaps which require revision, as well as whether or not disciplinary action is appropriate for individuals responsible for overseeing the reporting process.”

Diina said in 2019, the sheriff's office reported 497 total incidents of various types to the state, and has already reported 700 in 2020. He said the increase "can largely be explained by reporting requirements related to Covid."

The Commission, if it is not satisfied with the sheriff’s response, could take it to court to try to force changes, Beilein said.

Kava said, "The Commission will request documentation about these incidents to determine its next steps: Our goal is to ensure the Sheriff’s Office complies with its state reporting requirements, and refers allegations to the local district attorney’s office for action deemed appropriate."