I-Team: Did politics play a role in lack of prosecution of State Supreme Court Justice Grisanti?

DA says it was police decision 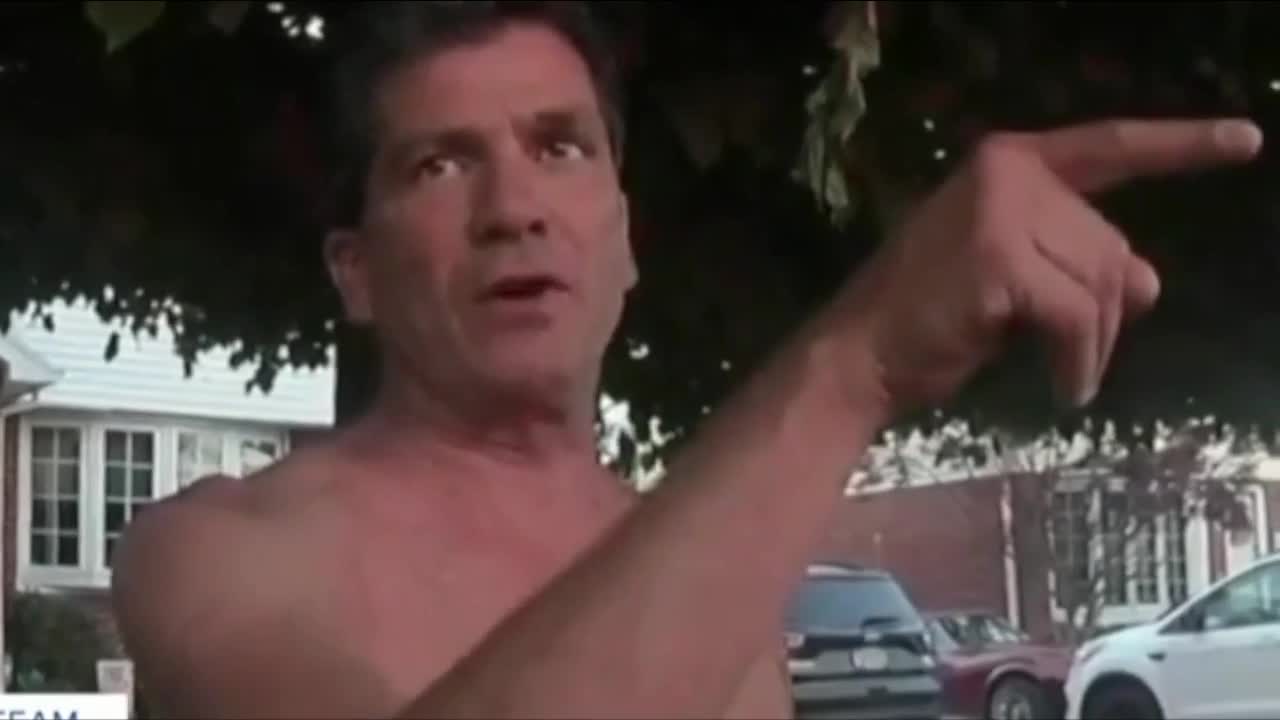 Some are pointing to the fact that neither police officers nor DA John Flynn found any criminality on the part of the judge, even when Grisanti shoves a police officer who tries to handcuff his wife. 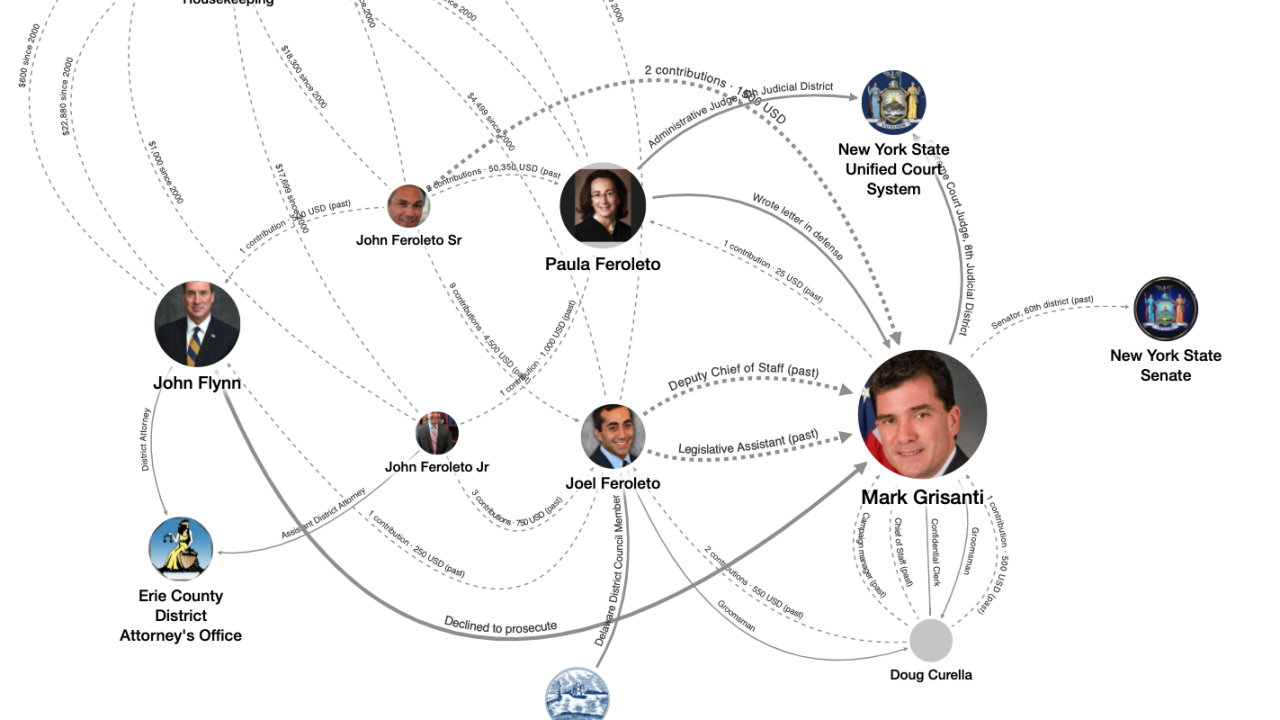 But not all are laughing at the fact that neither police officers nor Flynn found any criminality on the part of the judge, even when Grisanti shoves a police officer who tries to handcuff his wife.

That decision has some questioning whether Grisanti’s political connections let him off the hook -- specifically his ties to the Feroleto family, which is active in Democratic Party politics and has ties to Flynn.

State Supreme Court Justice Paula L. Feroleto, who is the Administrative Judge of the Eighth Judicial District, fueled some of that speculation when she wrote to Grisanti’s neighbor in July defending the judge.

Feroleto wrote, “While you indicate his status as a judge has somehow benefitted (sic) him, the opposite appears to be true as the local news media does not usually cover neighbor disputes nor the District Attorney’s office make public statements about cases they are not prosecuting.”

Feroleto later walked back those comments after 7 Eyewitness News aired the body camera footage of Grisanti. But she didn’t disclose multiple political and campaign finance connections between her family, Grisanti and Flynn.

There are additional social and campaign finance connections as described in the graphic above, which was created by the Public Accountability Initiative using State Board of Election data at the request of 7 Eyewitness News.

“I worked part-time in his office over 6 years ago,” Joel Feroleto said of Grisanti. “I don’t see how I have any connection to any of this.”

Justice Feroleto and her husband declined to comment on the family’s political donations, but Lucien Chalfen, a spokesman for the New York State Unified Court System, called the connections “coincidental” and “immaterial” in a statement to the 7 Eyewitness News I-Team.

Chalfen also confirmed for the first time that the State Commission on Judicial Conduct “is investigating the behavior and actions of Judge Grisanti stemming from the incident last June.”

“As Judge Feroleto clearly indicated in the letter that you refer to,” Chalfen wrote, “Judge Grisanti is an independent elected official, and therefore she has limited administrative authority over his actions in court, and none for any transgressions outside of court.”

But Rob Galbraith, a senior researcher with the non-profit Public Accountability Initiative, said those connections matter.

“Buffalo is a really small community,” Galbraith said. “It's a small political community. Judge Grisanti and the Feroleto family are both part of the same sort of broader political and social network that...it's really important context for considering the outcome that the Grisantis saw in this interaction with the police.”

Flynn was unequivocal in his denial that politics had anything to do with the decision not to charge Grisanti.

“Absolutely not,” Flynn said in an interview.

Asked whether anyone made any phone calls urging him not to prosecute, Flynn said, “They know better than that, OK? Because if anyone would ever call me up and say that, depending on what kind of mood I'm in, two things would happen. I would either scream at them and say, ‘Don't you ever do that again,’ or I would get it and just, click [and hang up the phone]. People who know me, they know better than that. No one would ever make that call to me and clearly, I assure you, no one did.”

Grisanti’s daughter and son-in-law are both Buffalo police officers, as he’s repeatedly heard telling officers on scene that night.

“They obviously didn't want to charge it,” Flynn said of the officers. “Because one, they could have charged it that night if they wanted to, OK? And then two, a week later, after we said to them, ‘Hey, it's on you on the push, OK? You're the victim here. You're the one who got pushed, all right, you know, so you're the victim, if you want to do it, that's up to you.’ And they decided not to, so as far as I'm concerned, it was over.”

Galbraith said an overt act like a phone call urging someone to drop a case is not the only way people in positions of power can be influenced.

“You know, it's a lot easier to sort of afford somebody generosity or the benefit of the doubt if they're a person that you know from the political fundraising circuit or, you know, if you know them because...they employed your son,” he said.

Galbraith compared the case with that of Willie Henley, a Black man who allegedly threatened a police officer in September and was shot by police.

“The standard that applied to Grisanti should apply to everyone regardless of their access to political power,” Galbraith said.

Flynn, though, said that case was different because Henley allegedly swung a baseball bat at an officer’s head, and the officer wanted to press charges.

The DA said he understands why people might suspect that Grisanti received special treatment, even as he stated that was not the case.

“Of course,” Flynn said. “Absolutely. Because at the end of the day, you’ve got a judge who allegedly pushed, came in contact with a police officer. And the police officer decided not to press charges against him. That's a bad optic, I agree totally. But again, if the officer decides that he does not want to press the charges, that's on him. Put it this way: if they would have decided to press charges, then I would have took it. Simple as that.”