Officers not faulted in many complaints 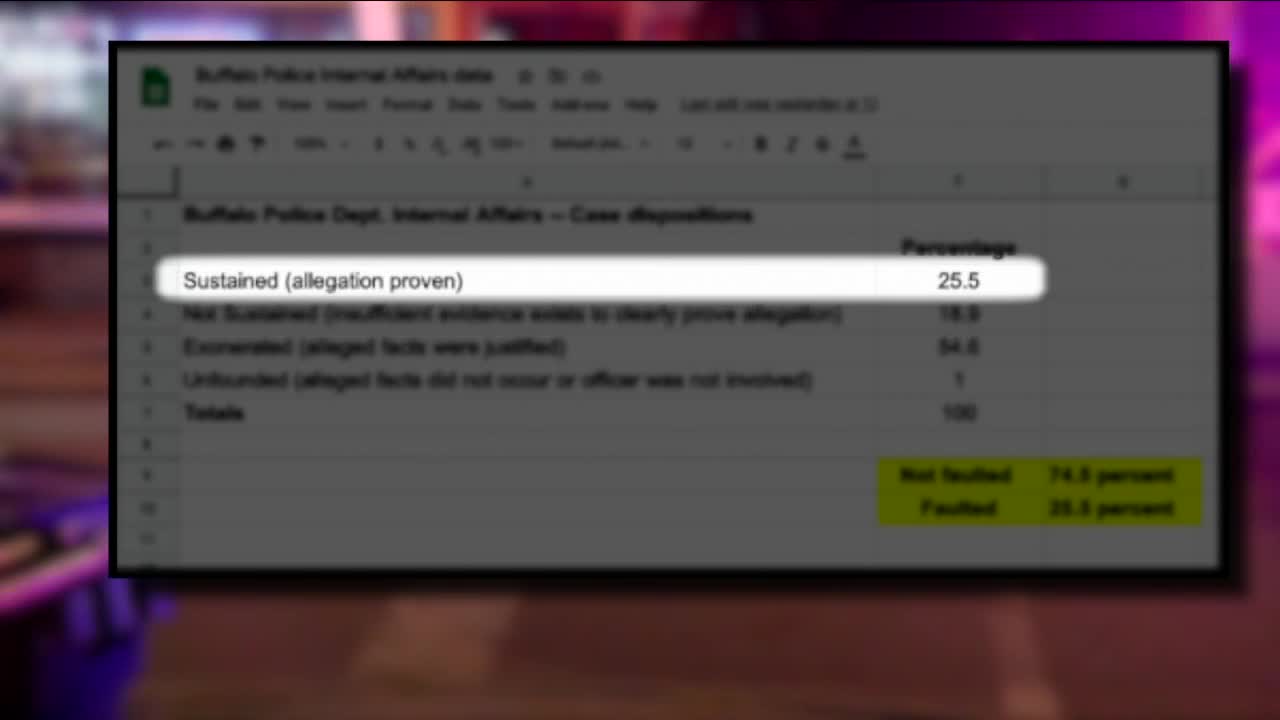 BUFFALO, N.Y. (WKBW) — Police reform laws recently passed in Albany mean for the first time, the public is getting a look at how departments like Buffalo police their own officers.

In light of high-profile incidents involving Lt. Michael Delong and this week’s release by the BPD of records showing which officers have the most excessive force complaints filed against them, the 7 Eyewitness News I-Team analyzed 18 months of police Internal Affairs data posted on the city website.

But police and those who study them are in disagreement over what those findings mean.

“It’s a national problem,” said Rachel Moran, a law professor at the University of St. Thomas in Minneapolis. “I think the stats you’re quoting suggest Buffalo’s very much a part of that problem. But it’s a national debacle.”

“I absolutely recognize it’s a strong word, but I don’t think this is just a mildly flawed system,” Moran said. “I think it’s a system designed to protect officers.”

In Buffalo Internal Affairs cases over the last 18 months:

Many allegations against Delong and other officers whose records have been made public in recent days were not sustained.

“To me, it means, ‘We did some minimal amount of research and decided it was too hard to tell. So we’re going to say it’s not sustained,’” Moran said.

“It's not how I look at it at all,” Rinaldo said, adding that “not sustained” does not mean an officer is cleared of wrongdoing.

“It may give the appearance that the officers are exonerated in those instances,” he said. “But it's not an exoneration. It's the inability to prove whether or not that alleged conduct occurred.”

That often happens, he said, when citizens do not want to follow up on their original complaints. Even in those cases, the allegations remain in an officer’s file, which Rinaldo said frustrates officers.

“Who would want to have a closed case in their record for conduct they didn't do?,” he asked. “I dare say nobody.”

John Evans, president of the Buffalo Police Benevolent Association, said Internal Affairs “thoroughly” investigates all complaints, “and we have the attorney bills to prove it.”

But Evans disputed the veracity of many of the complaints that come in against his officers.