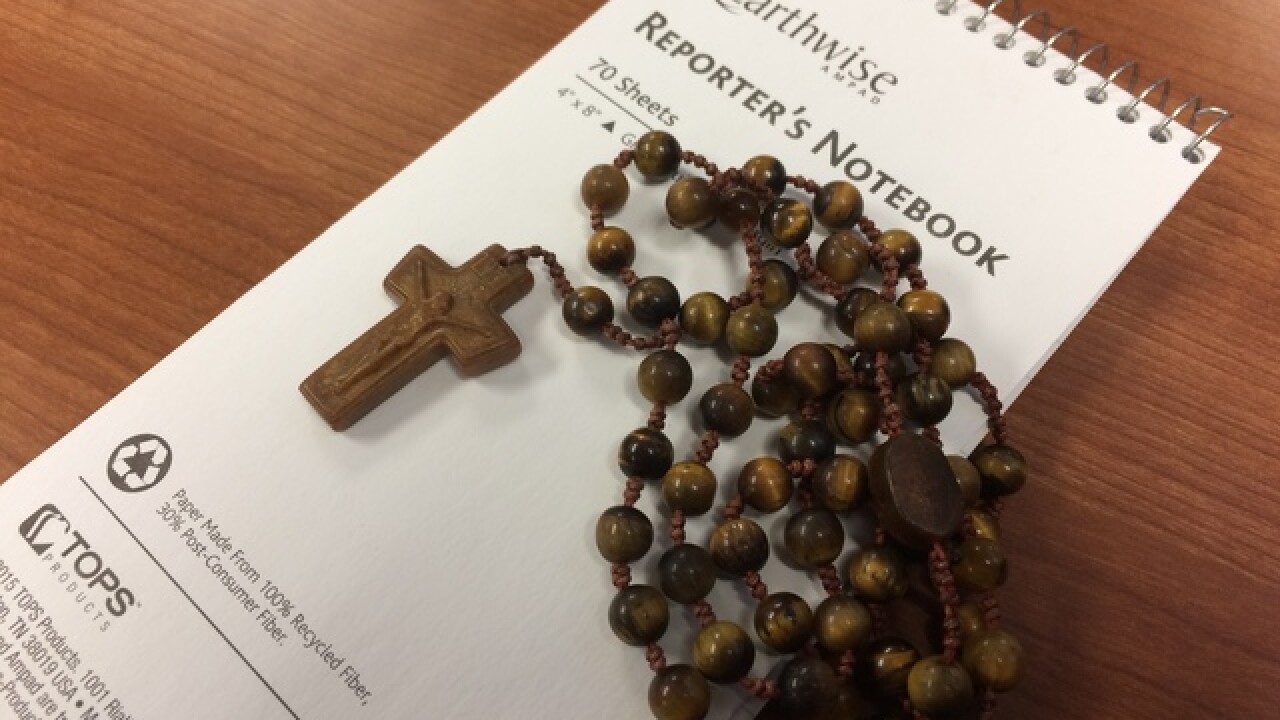 I had to break the news. But first I needed to make the call.

Seventy years of secrets were about to spill out in March when the Catholic Diocese of Buffalo finally relented, sending our newsroom a list of 42 priests believed to have committed the ultimate betrayal -- the sexual abuse of a child.

I needed to go on TV and tell our viewers what it meant.

But first I needed to call my Mom.

She needed to hear it from me that Father Basil Ormsby, the priest who had witnessed my parents’ wedding and who played such a huge role in her family’s life, would forever be known as a pedophile.

My Nana was Father Ormsby’s parish secretary. She was a convert to Catholicism but she loved her faith and instilled it in her children. My parents passed it along to my brothers and it’s been the foundation of our lives.

I attended Catholic grade school, became an altar boy. I grew close with the Franciscan Friars at St. Bonaventure University and was married in the church. My daughter goes to Catholic school and loves attending Mass. I beam with pride when my wife, a lector, stands on the altar and reads the word of God.

Like many Catholics, the scandal in the Diocese of Buffalo has shaken me to the core. But I’ve had the opportunity -- some would say the misfortune -- of seeing the ugliness up close. Some of it is too graphic to put on TV.

I’ve sat at my desk at day's end, exhausted physically and emotionally, feeling disgusted with the men who run my church. The abuse is horrible and has left lasting scars on so many innocent Catholics in Western New York.

Even more disappointing are the actions of the hierarchy -- generations of powerful bishops and lawyers who covered up the abuse while putting the image of the institution above the well-being of innocent children. Then they lied to the faithful, hard-working people in the pews about it all.

I get tired of challenging these men, questioning them, pushing them and cajoling them to do the right thing. In those dark moments, I go to the pile of paper next to my phone, where I keep the phone numbers of victims.

People like Michael Whalen of South Buffalo, whose courage emboldened other victims and led to an avalanche of allegations -- 76 accused clergy and counting.

David Husted of Olean, whose grit, intensity and determination to take back his life inspires awe.

Jim Faluszczak of Buffalo, a former priest whose intelligence is matched by his concern for the victims and his mission to right his church.

Dan Bauer of Jamestown, who for years has been on a one-man crusade to out his abuser and get the bishops to admit the full scope of the abuse.

The voices on the other end of that phone have given me incredible hope. I have seen the face of God in the courage of these survivors.

I also see it in the “good priests” who are horrified at the abuse. Some of them tried to alert the bishops years ago, but they were ignored. The good priests call me with tips, they pray for me, they pray for the victims. They are true shepherds.

Like them, I truly believe that by reporting on the problems within the church, I am not hurting it. I am making it better. That's because, as my Mom has always told me, the church is not a building or a bishop. The church is the people in the pews.

One person has been on my mind the most during the last four months.

He stood before a crowd at a downtown restaurant month, speaking about what it means to follow Jesus in today’s world.

As he spoke, I turned to my Mom and saw the pride on her face.

I felt that same pride in my own heart. I knew that, in some way, God was calling him to be part of the solution to clean up his church.

That person is my younger brother, Mike.

At the end of his speech, he made the announcement: he has decided to become a Catholic priest.

I couldn’t have been more proud.