Catholics paid $200,000 to upgrade Bishop Malone's new home — and he wants it mostly to himself

'Run down neighborhood' cited in emails 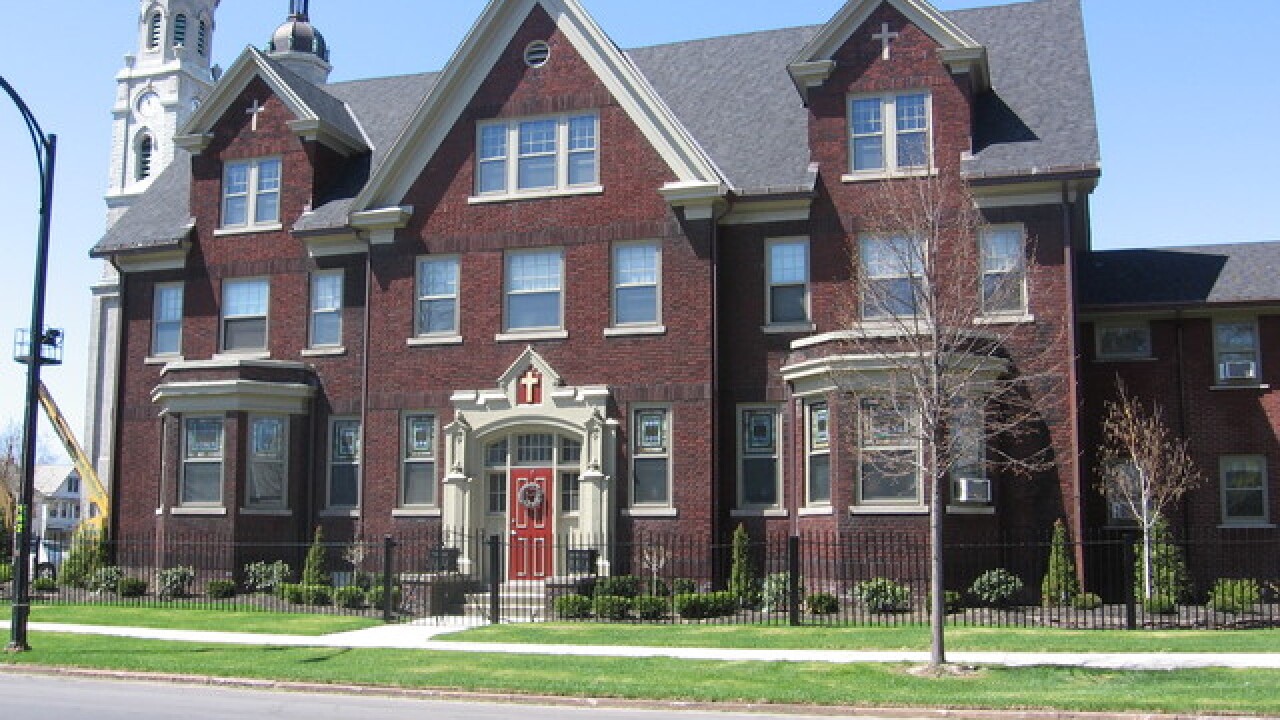 In April, @BishopRJMalone said he would sell the @BuffaloDiocese mansion on Oakland Place to pay settlements to clergy sexual abuse victims. (1/4) pic.twitter.com/wwKRszBVME

Those payouts will likely cost the diocese millions, and the bishop has since moved to a former convent at St. Stanislaus Church on Buffalo’s East Side.

But internal documents obtained by the 7 Eyewitness News I-Team show parishioners are already footing the bill for costly renovations to the bishop’s new home on Buffalo’s East Side, leading some to question how much of a sacrifice it will really be for the shepherd of Buffalo’s Catholics -- and whether he actually plans to live among his flock.

“He’s moving from a very large home to an even larger home that’s being set up to his specific tastes,” said Siobhan O’Connor, the bishop’s former secretary.

She called the convent at St. Stan’s a “gargantuan building.”

“It used to house 35 nuns, and there’s gonna be two men and a dog in there,” O'Connor said.

Internal budget documents show the diocese earlier this year planned to spend more than $200,000 to fix up the convent — and that was before the bishop decided he needed hardwood floors in his living quarters.

The largest expense was a $46,000 bill for an addition to the garage and a parking spot for staff — even though a large, publicly accessible parking lot sits adjacent to the complex.

That cost is in addition to $32,000 to install air conditioning in the building and another $30,000 to landscape the yard. (The bishop’s former mansion on Oakland Place required thousands of dollars in yearly upkeep).

Other basic items include:

Internal @BuffaloDiocese documents obtained by the @WKBW I-Team show @BishopRJMalone is spending more than $200,000 on upgrades and repairs to the convent -- and that was before he decided it needed new hardwood floors. (3/4) pic.twitter.com/8SBjcRyzxf

That doesn’t include the $20,000 for security for the new residence — and emails show the bishop’s friends were worried about him living in the Broadway-Fillmore neighborhood.

During Holy Week of this year — as the diocese was in the throes of the sexual abuse crisis  — Bishop Malone wrote an email to Steven Timmel, head of diocesan finances, informing him that he gave his friend and Cape Cod housemate, Fr. Paul Miceli, a tour of what would be the new bishop’s residence.

Miceli is a controversial figure in the Boston Archdiocese, where he served as disgraced Cardinal Bernard Law’s personnel secretary and has been criticized for allegedly shuffling predator priests around the archdiocese.

“My good friend Fr. Miceli arrived from Boston today for Holy Week,” Malone wrote to Timmel on March 28. “I drove him by St. Stan’s. He is alarmed about my living in such a run down neighborhood, and said he is appalled that the diocese can’t find a better option for its Bishop’s residence.”

“I wasn’t surprised by his reaction,” Malone added. “He was kind of in shock! He told me no successor of mine would want to go there!”

The @BishopRJMalone has said he's happy to be a part of the Broadway-Fillmore neighborhood, but emails between the bishop and his friend (controversial Boston priest Paul Miceli) tell a different story. @BuffaloDiocese @WKBW pic.twitter.com/xN5oILfblU

The concerns about cost and security could have been avoided had the bishop chosen to live in the rectory of St. Joseph Cathedral on Franklin Street in Downtown Buffalo, where the bishop serves as pastor.

Retired former Bishop Edward U. Kmiec lives there and a suite occupied by Msgr. David Slubecky was just becoming vacant with the priest’s retirement. O’Connor floated the idea to the bishop in a March 29 email.

“The ‘Cathedral Green’ would be [the] perfect green space for the garden parties you host in the summer and you could walk Timon [the bishop’s dog] at Canalside!” she wrote.

Malone thanked her for the idea but said he “quickly ruled it out” because he needed “much more room for my rather ample personal theological library, my piano, etc., And also I prefer to live in a residence that is solely the bishop’s residence, not a parish rectory with secretaries around [and] people coming in and out.”

He told her he was willing to move to St. Stan’s “even though the neighborhood is not the best or safest for dog walks!”

“It dismayed me but it didn’t surprise me,” O’Connor said in an interview, “because he’s a man of particular tastes. And he could have very easily taken up residence in the cathedral. That would have been the natural place, and when Monsignor Slubecky vacated that suite, it would have been the obvious choice.”

In a prepared statement, diocesan spokeswoman Kathy Spangler said the St. Joseph rectory "very simply not suitable for the gatherings that bishop hosts and was therefore not considered." She also said "people cautioned the bishop about concerns about the neighborhood, for his safety. He, however, was not so concerned, and wouldn’t have made the decision to move there if he was."

While Bishop Malone has publicly declared he wants to be a part of redeveloping the city’s neglected East Side, privately, the bishop has made plans to become an island unto himself, with little chance for public interaction in his new place of residence.

The St. Stanislaus convent for decades has included the Msgr. Alexander Pitass Memorial Center, which since the 1970s has hosted meetings and gatherings for the church’s “many societies and organizations,” according to the St. Stanislaus parish website.

The parish choir occupied one of the large 2nd floor rooms for their rehearsals, the website states, adding that “St. Stanislaus invites all of Polonia and our parish societies and organizations to utilize the Pitass Center.”

That likely won’t happen if Bishop Malone has his way.

In a March 23 email to Timmel, the bishop stated that he drove by to check the place out and noticed signs for the Pitass meeting center.

“I prize privacy above most everything,” Malone said. “I cannot live in a building that is used or meetings, or for anything other than my residence. I also saw a large sign that said CHAPEL. I wonder if the parish uses that for daily Mass in the winter.”

Malone even forbid the annual Corpus Christi parade — a longtime Buffalo tradition that is led by Auxiliary Bishop Edward M. Grosz — from including a stop in the first-floor chapel of the new residence.

“The chapel is off limits,” he wrote in an email.

The bishop made an exception to that rule in August, when he refused to resign as Buffalo bishop despite what community leaders called his mishandling of sexual abuse claims in the diocese.

That Sunday, the bishop held an emergency news conference where he insisted, “the shepherd does not desert the flock at a difficult time.”

The place he asked reporters to gather?

The chapel of the convent at St. Stanislaus Church.

In a prepared statement, diocesan spokeswoman Kathy Spangler said, "St. Stan’s parishioners have been very welcoming." You can read the full statement below.

Full story will be posted momentarily and the video will air at 11 p.m. on @WKBW, complete with more emails and exclusive photos of the bishop's residence. Here's how @BuffaloDiocese spokeswoman Kathy Spangler responded. @WKBW pic.twitter.com/9UMBjYJd6D