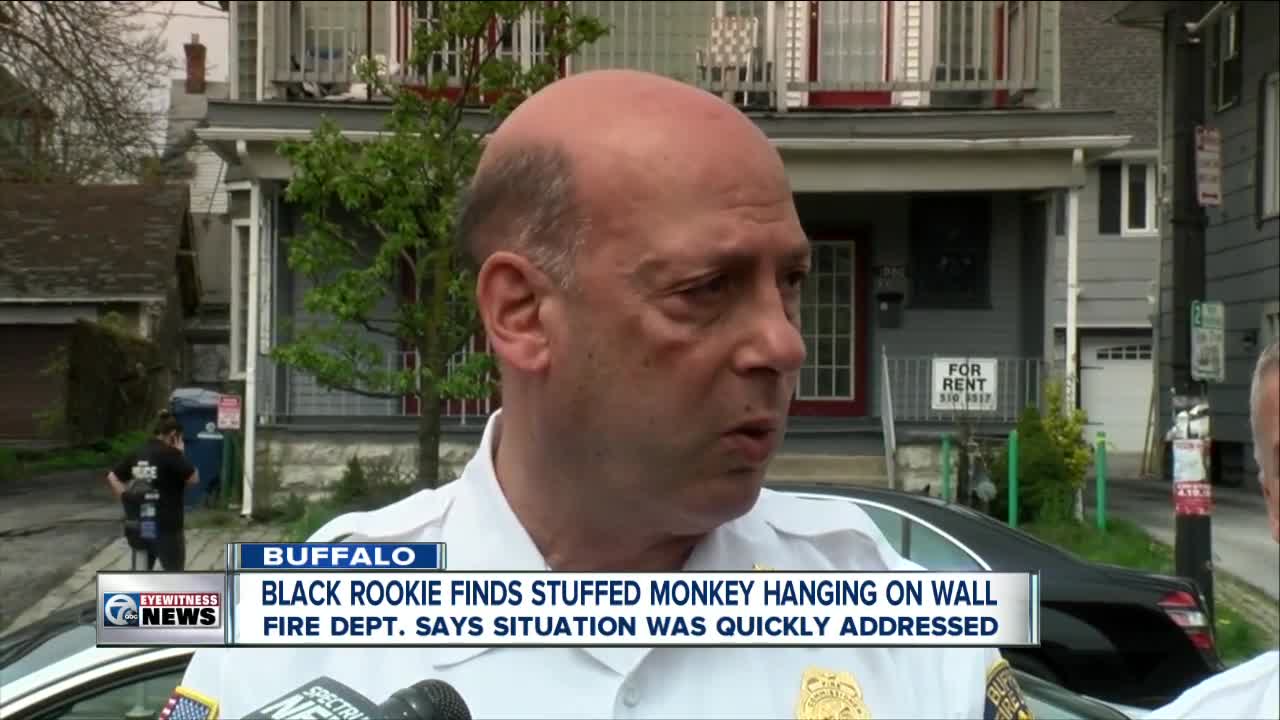 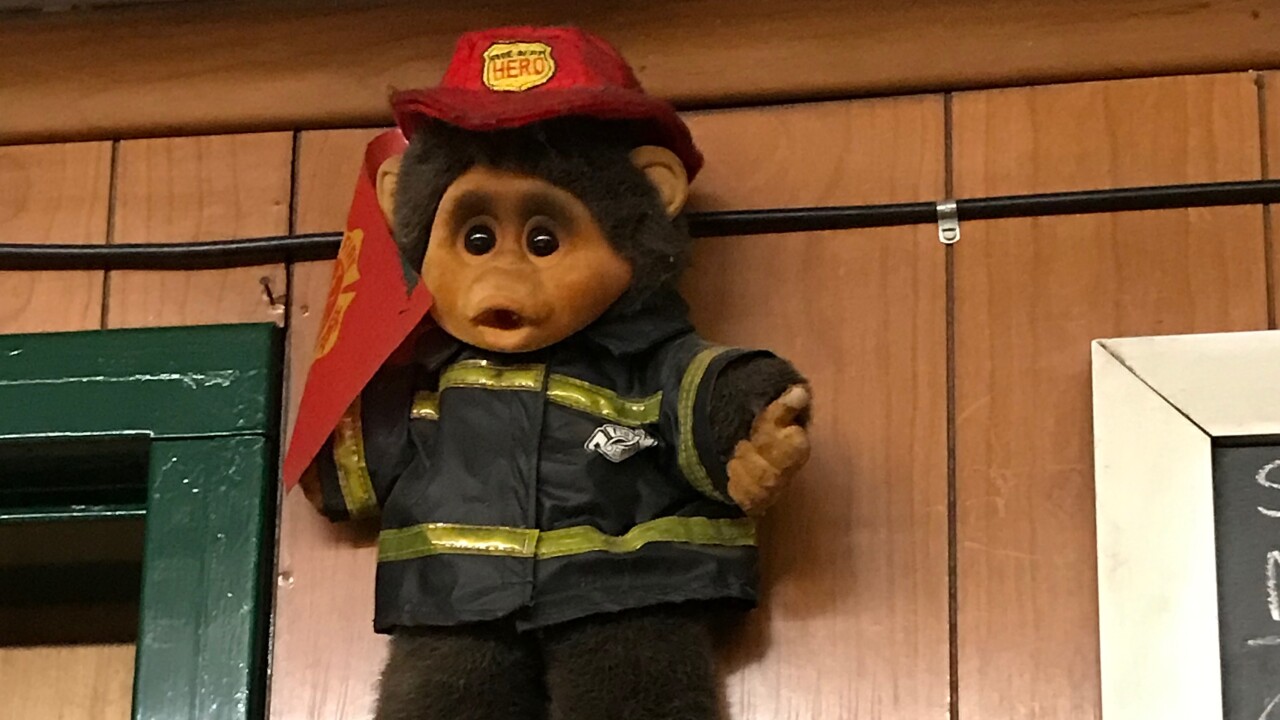 BUFFALO, N.Y. (WKBW) — The Buffalo Fire Department sent deputy commissioners to a South Buffalo firehouse to talk about racial implications after a rookie, who is black, found a stuffed monkey hanging on the wall during his first shift on-duty, the 7 Eyewitness News I-Team has learned.

The rookie was said to have discovered the stuffed animal, which was dressed as a firefighter, in the kitchen of Buffalo Fire Station Engine 4 at Abbott Road and Hollywood Avenue on Thursday.

A source close to the investigation tells the I-Team the rookie noticed the monkey later in the day during his shift and was disciplined for posting about the incident on social media with the caption "racism is still alive and well today."

Buffalo Fire Commissioner William Renaldo confirmed the incident but said claims the rookie was disciplined for posting on social media are "100% false."

While a new social media policy is in place, the rookie is not facing any disciplinary action for posting the now-deleted Snapchat, Renaldo said.

He added the stuffed animal has likely been in the station for between 12-15 years. It was donated by a special needs child who was a frequent visitor to Engine 4, the commissioner said. He could not confirm whether it had always been hanging in that position on the wall, or when it might have been placed there.

Renaldo tells the I-Team when his office was notified about the incident, two deputy commissioners were immediately dispatched to the firehouse to remove the animal and discuss the racial implications of the imagery with those assigned to that station.

The rookie did not follow chain of command protocol, according to Renaldo, for reporting the image, but will not face disciplinary action.

Two other photos were sent to the I-Team about separate racist incidents in at least one other Buffalo fire station. One shows a life-sized cut-out of Homey D. Clown, a character depicted by a black actor on the 1990s television show In Living Color. Another shows a stuffed monkey hanging on a Christmas tree.

Renaldo confirms his office was made aware of these incidences around the holiday season last year and both were handled similarly. The clown and the stuffed monkey were taken down but no official disciplinary action was taken.