O'Connor was interviewed by Brooklyn bishop 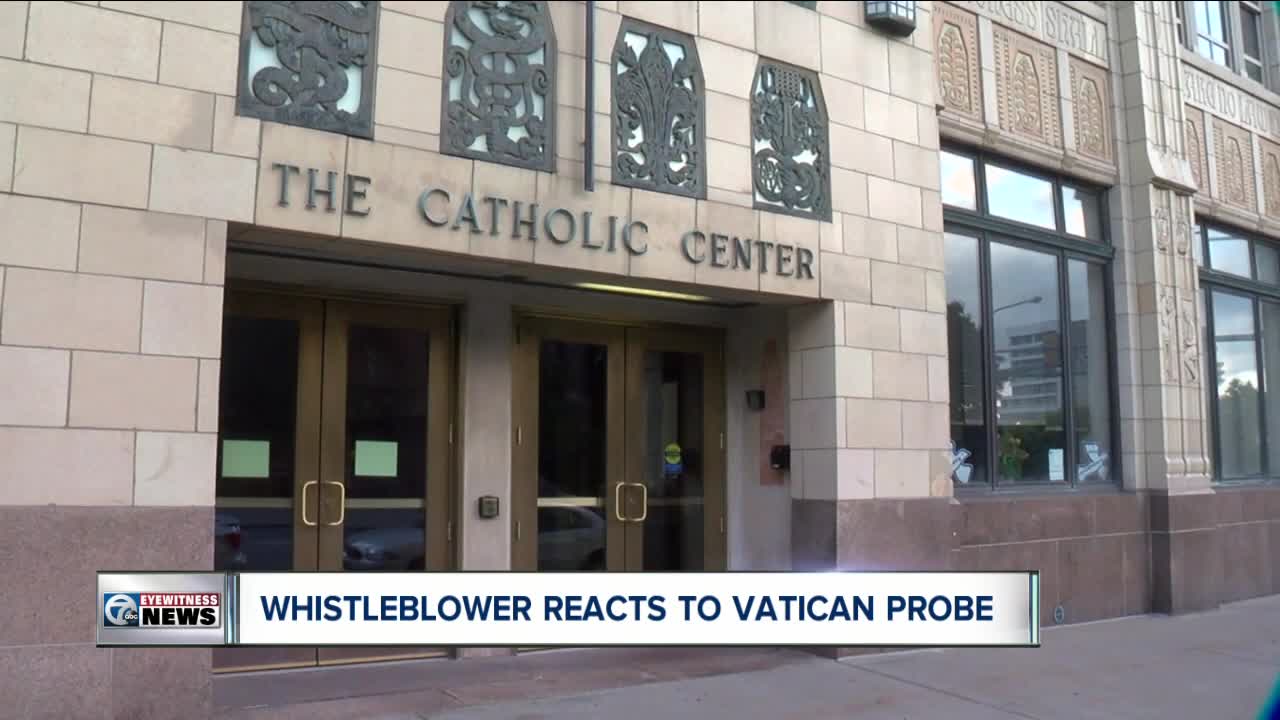 Buffalo Diocese whistleblower Siobhan O'Connor was interviewed by the Brooklyn bishop who is conducting a Vatican investigation.

BUFFALO, N.Y. (WKBW) — Diocese of Buffalo whistleblower Siobhan O’Connor finally had her interview with the Brooklyn bishop who is probing the Buffalo Diocese on behalf of the Vatican.

But Bishop Malone’s former secretary was taken by surprise.

“I'm trying to still be optimistic about it,” O’Connor said in an interview with 7 Eyewitness News. “But it wasn't what I expected, kind of from start to finish.”

The phone call to set up her interview was made not by the Brooklyn Diocese, but a Diocese of Buffalo priest.

The greeter for the interviews was a Diocese of Buffalo deacon who has been outspoken in his support of Malone.

“So it just didn't seem as separate from the Buffalo Diocese as I thought it should be,” O’Connor said. “I really thought that this was going to be an entirely external investigation from start to finish.”

O’Connor said the substance of the interview was confidential -- on DiMarzio’s orders. But she says the tone was surprisingly open-ended. She expected to field questions regarding Malone’s handling of sexual abuse.

“The fact that there weren't as many of those questions was surprising to me,” she said.

DiMarzio isn’t speaking about the interview, but O’Connor said she’s heard of no abuse survivors who were interviewed. A spokeswoman for DiMarzio did not immediately respond to an email asking whether the bishop interviewed any survivors.

According to a news release sent by the Buffalo Diocese on Thursday on DiMarzio’s letterhead, the Brooklyn bishop did meet with multiple groups of diocesan priests.

“By my calculations, at least half if not more would have been priests,” O’Connor said. “And I would imagine the majority would be those who support the bishop. So I'm just wondering, what did Bishop DiMarzio hear? Was it overwhelmingly positive? That would be a real cause for concern.”

After her interview, O’Connor said she recognized the two people who were meeting with DiMarzio next.

“And they were both people that I know firmly, staunchly, enthusiastically support Bishop Malone,” O’Connor said. “And I remember thinking, ‘Did the Buffalo people schedule it that way? So after he talked to the three of us, he'd have two cheerleaders in there?’ I couldn't help but think that.”