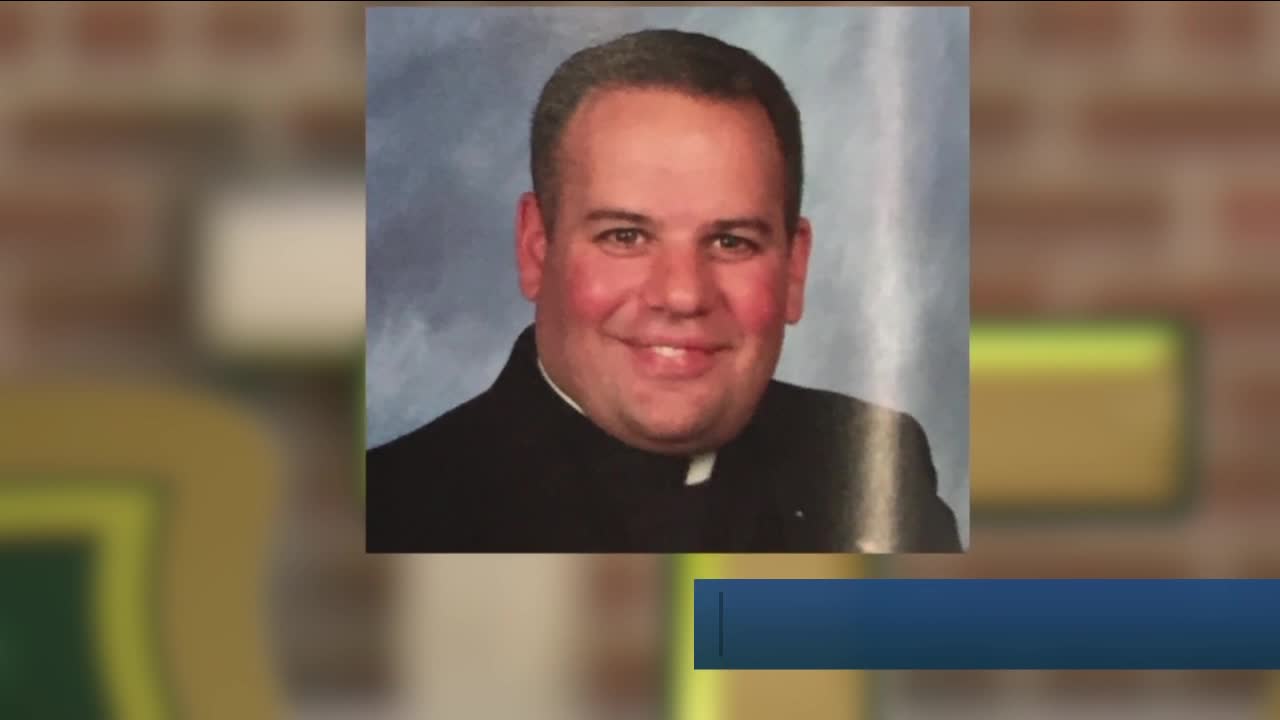 BUFFALO, N.Y. (WKBW) — Paul Salemi graduated from Christ the King Seminary and became a priest in the Diocese of Buffalo in 2000.

But after serving at churches in Hamburg and Lancaster, and at St. Gregory the Great in Amherst, former Bishop Richard Malone quietly put Salemi on administrative leave in 2012.

Salemi never returned from that leave of absence and moved to the South. But he stayed on the diocesan payroll until last week, when the diocese announced it was removing from its payroll 23 priests with substantiated sexual abuse allegations.

Many parishioners in the last year have reached out to the 7 Eyewitness News I-Team wondering what happened to Fr. Salemi. They say they were told he had an anger problem, but internal documents show Salemi was also accused of sexual misconduct against a young man he met through his duties as a priest.

The most comprehensive account was written by Lawrence Vilardo, who is now a federal judge in Buffalo. In 2012, he was law partners with Terry Connors, longtime lawyer for the diocese, and wrote a memo to Connors that was obtained by the I-Team.

Through a friend, the alleged victim in the memo declined to comment for this story. But Analise Gerard, a friend of the alleged victim, confirmed many of the details. She said she reported Salemi’s actions to Connors, and soon after doing so Salemi was quietly removed from the parish.

In Facebook messages to Gerard from 2012, the priest writes, “I am remorseful and repulsed at the lack of trust...He was like a son and I royally screwed up...I was not in a good place emotionally, spiritually or mentally to be ministering to him when I was let go from St. Greg’s.”

Salemi, who now lives in Georgia, declined to comment for this article, as did Vilardo.

While the incident didn’t happen until the alleged victim was 21, Gerard said Salemi met him through youth ministry when the boy was 16 years old. Social media posts show Salemi was active in LifeTeen, a Catholic youth ministry program.

Gerard reported the incident after hearing that Salemi planned to invite another young man to stay at a church rectory. She said she was happy the diocese removed him but in hindsight, considers it part of the diocesan cover-up because Bishop Malone never told parishioners the full truth about Salemi’s actions.

“We were trying to do the right thing, and I didn’t like how they handled it,” Gerard said. “We went through the channels we were supposed to, and it was very hush hush and he moved away and nothing was ever resolved publicly.”

Only last week, after questioning from the I-Team, did the diocese acknowledge the allegations, saying that Salemi and another priest “were relieved of their faculties...for other substantiated offenses and continued to receive salary and health benefits.”

A spokesman for the diocese said Wednesday in a statement, “Within months of receiving the allegations of adult misconduct, Father Salemi was determined unassignable, his faculties were removed and his case was presented to the Review Board even though it was not required by the Charter. He never returned to ministry in the Diocese but continued to receive financial support from the Diocese in keeping with canonical obligations that require support for clerics no longer in active ministry but also not laicized. With the decision announced last week, Fr. Salemi will no longer receive salary or health benefits from the Diocese."

Gerard said the diocese should have been more transparent about the case.

“My first concern was how many people has this happened to?" she said. "And if there are other people out there, they should know they’re not alone.”

She does not see the diocese's response as adequate or fair to the young man, whose faith may have been altered by the encounter.

“[Salemi] got to disappear quietly, and yet there’s people suffering," she said. "Their suffering was never publicly acknowledged. He got to run away like a coward, and people are still suffering for that. And he gets away scot-free. Until now.”