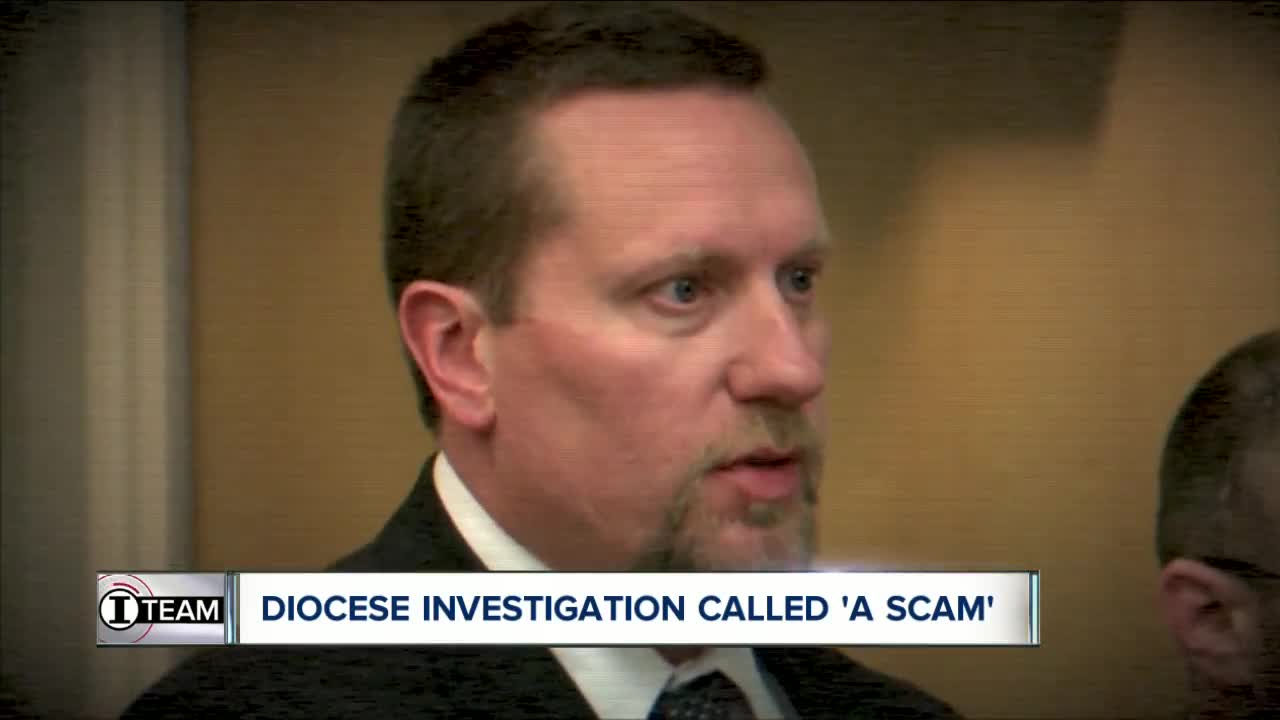 Survivors of clerical sex abuse in the Diocese of Buffalo are calling the methods of a church investigator into question.

“I’m comfortable because I know a thorough investigation was done by a competent professional,” Malone said.

That professional is Scott F. Riordan, a lawyer and judge in the Village of Kenmore who is paid by the diocese to investigate sex abuse cases against priests.

The church touts the fact that Riordan is a former sex crimes prosecutor for the Erie County District Attorney, but survivors of clerical sex abuse in the Diocese of Buffalo are calling his methods into question.

“I did not meet with Scott Riordan, and I will tell you why,” Ann Fossler said.

Fossler said she was abused as a child by Monsignor John M. Ryan, a retired Buffalo priest who Bishop Malone returned to ministry last week, despite multiple accusations. (Ryan denies the claims).

“I looked him up,” Fossler said of Riordan. “Because the diocese has said said he was a prosecutor of sexual abuse crimes. When I went to his website, he's actually listed as defense attorney for sex crimes. And his nickname is ‘The Wolf.’”

That’s right: While Riordan did work from 1999 to 2007 as a prosecutor for the county, he now earns his money in private practice defending people accused of sex crimes. His website asks people if they’ve been accused of rape, sexual abuse or child pornography. It calls him “determined, aggressive & tenacious” and states, “Get Arrested? Call the Wolf.”

“The reality is these investigations are for the most part, public relations efforts by the diocese, and a way to limit their liability,” said Michael Reck, an attorney who represents Fossler and another accuser of Msgr. Ryan. “That’s all it is.”

The other accuser -- a man -- said Ryan abused him inside the priest’s car, a detail that matches Fossler’s account of her abuse. Like her, the male survivor never spoke with Riordan, though not for lack of trying.

“I was willing to speak to them from day one,” he said of the diocese. “And I kept getting kind of pushed back and blown off and minimized. And I was put through a run around, I was told that they didn't have time to speak with me yet, that they weren’t prepared for the number of cases that they were going to receive.”

The man, who asked that his name be withheld because he is a victim of a sexual crime, said months passed before the diocese rejected him from its compensation program without an interview. Riordan’s only serious effort to interview him, his lawyers said, was after the Child Victims Act had become law.

“It's a scam,” the survivor said of the diocese’s system.

Reck was shocked by the church’s initial outreach to him.

“The diocese lawyer responded and said, essentially, ‘Hey, do you think that your client, this survivor, has the wrong guy?’” he said. “And when I inquired as to why I was getting that phone call, the response was, ‘because there was an organ player in that parish who was also a molester.’”

Diocesan lawyer Lawlor Quinlan confirmed that he spoke with Reck. He said he often asks attorneys this question.

“In the past, several accusers have either withdrawn their accusations about a particular priest or have accused a different person after being provided photographs or other information about the priest initially accused,” Quinlan said in an email.

Reck said the diocese then made what calls a “dangerous and outlandish” request.

“They asked if the survivor would be willing to meet with Monsignor Ryan, face to face,” Reck said. “Now stop for a second and think about that. The institution that failed these kids just suggested that one of those kids go back in a room face to face with the abuser.”

That’s why this survivor has given up on the Diocese of Buffalo, and has turned instead to the FBI.

He said the two federal agents who came to his home were more understanding than the church.

“I didn't feel rushed, I didn't feel minimized, I didn't feel condescended to, [and] they were in my house in a week,” he said of the FBI agents. “And the man who was supposed to be in charge of investigations for the diocese couldn't reach out to me or speak with me in almost a year.”

Ryan, Riordan and a spokeswoman for the Buffalo Diocese all declined to comment for this story.