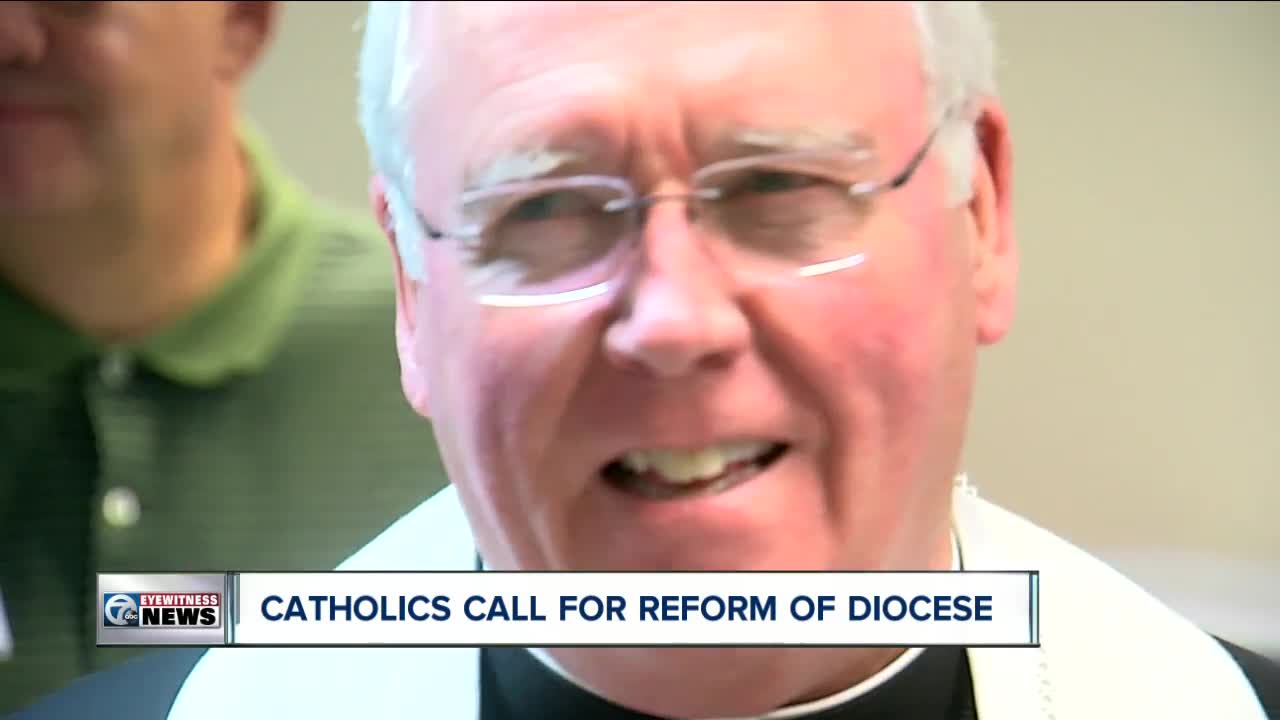 Bold reforms are needed to help the Buffalo Diocese recover from one of the nation’s worst sex abuse scandals and to restore trust in its leadership, lay Catholics say.

BUFFALO, N.Y. (WKBW) — Bold reforms are needed to help the Diocese of Buffalo recover from one of the nation’s worst sex abuse scandals and to restore trust in its leadership, lay Catholics say.

The Movement to Restore Trust, a group of lay (or non-ordained) Catholics organized by Canisius College President John J. Hurley last year, has released its report after three months of discussion and debate.

The group -- a grassroots effort of nearly 150 Catholics spread across the diocese -- proposes bold recommendations for moving the diocese through a sex abuse scandal that has raged for more than a year.

The recommendations, which have been presented to embattled Bishop Richard J. Malone, include:

Hurley said the diocese cannot afford to wait for the Vatican to take action to stem the crisis enveloping the church.

"We inherit now a situation where Catholics across the diocese are asking themselves, 'Should I leave the church, or not?'" Hurley said in an interview with 7 Eyewitness News. "We’re seeing attendance at Mass plummeting. We’re seeing collections in parishes plummeting. So it’s clear the laity is speaking in the way that they know how...they’re withdrawing."

Hurley, a former co-chair of the Bishop's Council for the Laity, said Malone -- if he insists on staying in power as bishop -- needs to quickly adopt reforms in light of the sex abuse cover-ups exposed by 7 Eyewitness News and other media outlets.

"We don’t know the full extent yet, so it’s kind of hard to begin to apportion responsibility for what went wrong, when did it get off track," Hurley said. "But as your reporting has shown in the last several months, even the current bishop bears some responsibility for it. It’s true that he inherited some of these things, but he certainly didn’t make them better."

Despite widespread calls for his resignation, Malone has refused to resign.

"But if the bishop is going to remain in place, we have a choice: we either say, ‘Well we’re going to wait, we’re going to just wait him out, and in a couple of years down the road, we’ll deal with a new bishop.’" Hurley said. "As I play that one out, I’m not sure the church in the diocese will survive if we do nothing for a couple of years. It’s that...it’s that dire."

The report's other proposed ideas include relocating Christ the King Seminary to an urban setting, possibly on a college campus, to counter the isolation of candidates to the priesthood, and a sex abuse review board process that is "not controlled solely" by diocesan lawyers.

Hurley acknowledges that many of the group's leaders have in recent years been close with the bishop. They, too, were misled about the extent of the sex abuse crisis, he said.

"I guess I can understand that, and we’ll let our results speak for themselves," he said. "Some may think we should be taking a more aggressive, a more confrontational position. I believe in trying to work with people on constructive solutions and to see what we can accomplish, keeping in mind that I remain skeptical. If I could say something to the people who are doubting me, I’d say, don’t my resolve, don’t doubt a Carl Montante’s resolve, or a Tom Beecher’s resolve to get this fixed."

The report urges "tangible" action within 30 days and Hurley said in an interview that Malone has been provided a copy of the report and has endorsed some of the changes.

In response, a spokeswoman for Malone released a statement saying, "The Diocese of Buffalo has agreed to partner with MRT and the Leadership Roundtable to move forward to restore trust. Bishop Malone has had two meetings, both candid and respectful, with John Hurley and the MRT organizing group. Bishop is hopeful that they can make progress together."

You can read the full report here:

More than 118 priests in the Buffalo Diocese have been accused of sexual misconduct, and Malone has been criticized for allegedly covering up recent abuses.