Buffalo Diocese and Canisius group agree to 'reforms,' but survivor groups call it a 'whitewash' 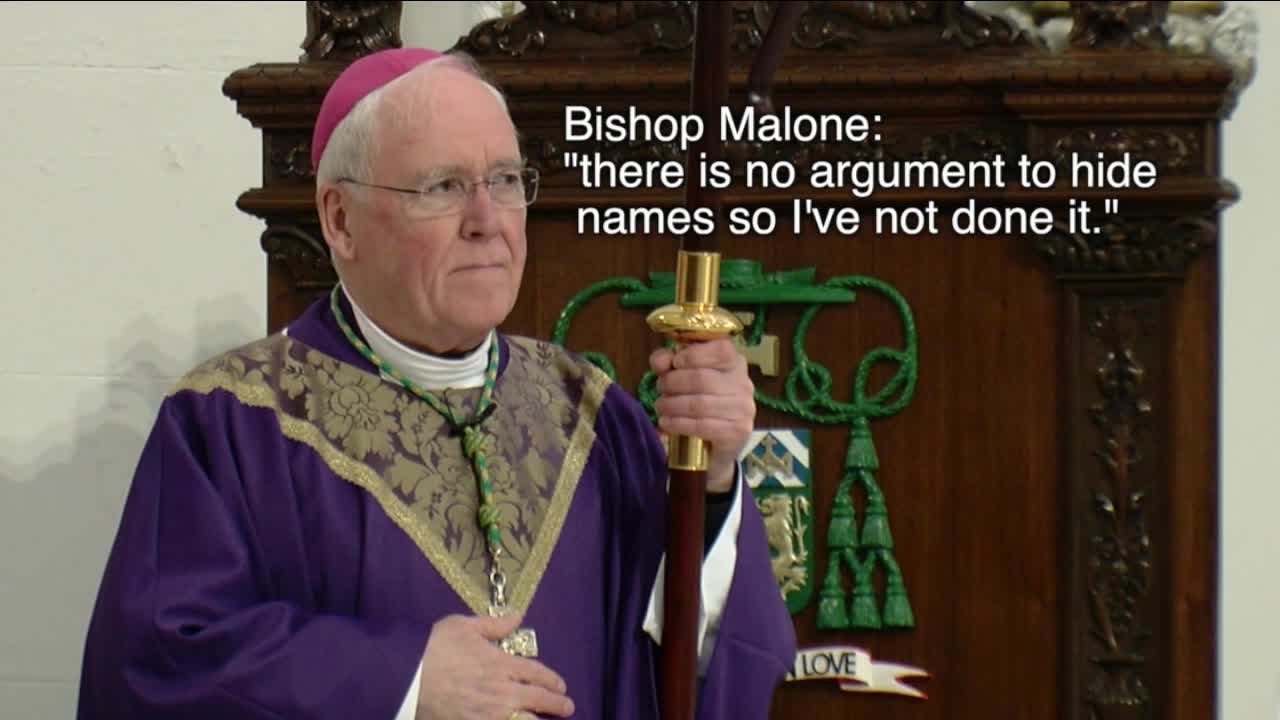 The Diocese of Buffalo and Canisius President John Hurley have announced a series of 'reforms' to the diocese, but critics wonder whether it is a whitewash of abuse.

BUFFALO, N.Y. (WKBW) — The Diocese of Buffalo and a group led by Canisius College President John J. Hurley have announced a series of 'reforms' to the diocese, but critics are unimpressed and wonder whether it is a whitewash of abuse.

The diocese and the Movement to Restore Trust described the ideas in four major categories:

“We are pleased with the progress made over the past month,” Hurley, the Canisius president, said in a prepared statement. “From the start, Bishop Malone has embraced the reform recommendations developed by approximately 150 Catholic lay people who have been working on MRT workgroups since early December. We are working in an active partnership with the Diocese to bring hope and healing to the Church in Buffalo.”

Referring to the "joint implementation team," embattled Bishop Richard J. Malone said in the same prepared statement, “The work of the JIT, bringing together representatives of the MRT and the Diocese of Buffalo, is an excellent example of the call for “co-responsibility” in the church. I am encouraged and energized by the work accomplished by the members of the JIT at their first meeting and pledge to continue to collaborate together."

But advocates for survivors of sexual abuse were unimpressed.

"What's new?" asked Zach Hiner, executive director of SNAP, or the Survivors Network of those Abused by Priests. "They use a lot of weasel language in here, that doesn't make it seem new at all."

Hiner said the document included more calls "to review" and "to continue" processes that were already in place, and which led the diocese to become a national embarrassment on news programs like "60 Minutes" and the subject of a federal grand jury probe.

It makes no mention of concrete changes that could be made immediately, he said, such as listing the assignment histories and photos of accused priests and more information about when the allegations were received and how the diocese responded.

"I try not to be this cynical, but it does just seem like a PR move to [counter] the stories that have been in the media, and say, 'We are doing something, I swear,' but when you look deeply at it, it doesn't actually look like they're doing anything at all."

Robert Hoatson, president of Road to Recovery, a national nonprofit that has advocated for many sexual abuse victims in Buffalo, said he was dismayed by how cozy Hurley -- as the leader of a reform group -- has been in recent days with Malone, the bishop who is accused of making dozens of errors in the handling of sexual abuse.

The diocese released a photograph with Hurley and Malone smiling, laughing and engaging in some sort of embrace with their hands.

"I’m very disappointed in President Hurley’s recent comments defending Bishop Malone, and I’m afraid that the report that this commission to restore trust is going to whitewash much of what has gone on here," Hoatson said.

A survivor of clergy sex abuse who said she was abused decades ago by Fr. John Doyle of Our Lady of the Sacred Heart in Orchard Park said in an email, "NO progress can be made on ANY front unless we have the COMPLETE TRUTH!"