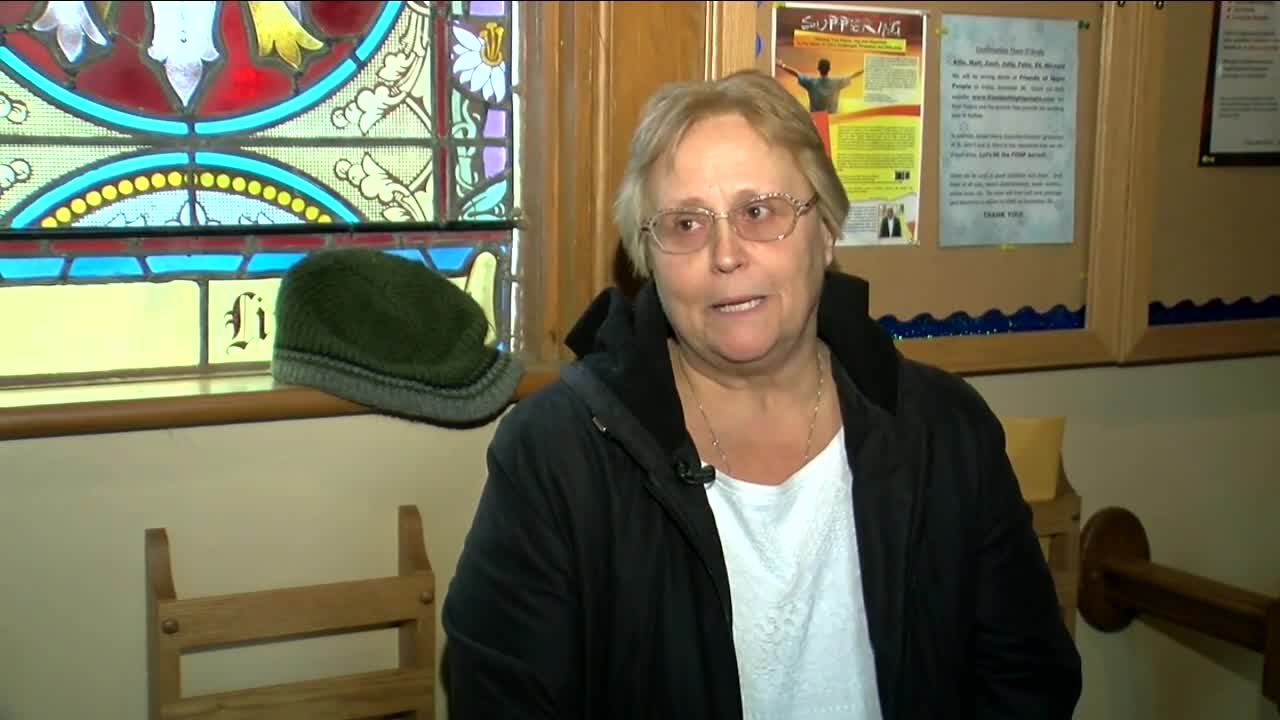 The Buffalo Catholic Diocese is accused of mishandling allegations of sexual harassment at St. John the Baptist in Alden.

BUFFALO, N.Y. (WKBW) — Kathy Wagner and Debbie Pirog have been parishioners at St. John the Baptist Church in Alden for decades.

But never have they seen a controversy like the one that’s been brewing for months in their country parish.

In February, Bishop Richard J. Malone appointed Deborah Brown as the first lay woman parish administrator. St. John’s has functioned this year without a priest and has been a test case for a new model to deal with a shortage of men in the clergy.

“I assure you, you will be very well shepherded,” Malone told parishioners at the time.

But Brown now faces multiple allegations of sexual harassment. The allegations -- while not as serious as those leveled against abusive priests -- have caused controversy in the parish and have called into question how the diocese deals with complaints.

‘It was a very sexual kiss’

“I went out of Mass at 4 o’clock, and she hugged me real tight, and kissed me on the mouth,” said Wagner, adding that Brown held her body uncomfortably tight during the kiss.

The 87-year-old grandmother said Brown did it again weeks later, and then a third time. Wagner wrote a letter to Bishop Malone in October saying Brown “hugged me closely and kissed me firmly on the mouth.”

Pirog had a similar experience, except she said Brown came up to her in the parish rectory, approached her from behind and “put her body against mine and her head on my shoulder,” according to an August letter she wrote to Bishop Malone.

“It was like, ‘That’s really, really creepy,’” Pirog said in an interview. “That should not have happened. It was just really not professional. I felt embarrassed for her.”

Not long after the bishop assigned Brown to lead the parish in February -- she manages the church’s day-to-day operations but cannot perform most sacraments or say Mass -- Pirog said the same thing happened a second and then a third time.

“I was getting ready to read for Sunday Mass and she again came from behind me, put her body against mine in a way that was just wrong,” Pirog said.

Pirog has taught religious education at St. John’s for 25 years, sometimes teaching children about how to spot inappropriate behavior and grooming.

“[They are taught] that if someone touches your body in a way they’re not supposed to, your body knows it,” she said. “My body knew it. My body knew that I should not have been touched in a way that Debbie touched me.”

‘They just brushed it under the rug’

For parishioners, the only thing more troubling than the allegations is the way they say the diocese has handled them. They blame Bishop Malone and his staff for ignoring their concerns and trying to force the new model of parish leadership to work, despite the division they say Brown has caused.

Pirog said she talked with Bishop Grosz by phone and followed up with him a month later when she heard no outcome. She said Grosz told her Brown -- the accused -- was supposed to handle the issue with Pirog, contrary to basic HR practices.

Pirog also said Mahaney, who was performing a six-month “check-up” on Brown as pastoral administrator, told her to take care of it herself.

Both women say they were interviewed by Halter, but he told them he was not empowered to make any decisions. (Malone, Grosz, Karalus, Mahaney, Halter and Brown did not respond to messages seeking comments for this story).

Separately, they wrote letters in August and October to Bishop Malone, but the case has been in limbo until this week.

“They just brushed it under the rug as a protocol that they really want to work, as a pastoral administrator, but they’re not listening the facts, to what actually happened here and to the people of the parish,” said Donna Strom, Wagner’s daughter.

Frustrated parishioners called a meeting Nov. 6 to air their concerns, including the fact that the priest who was assigned to say Mass at the parish -- Fr. Joseph Gatto -- is on suspension after allegations of sexual misconduct.

According to minutes of the meeting, parishioners discussed a “civil lawsuit against Debbie Brown and/or Diocesan representatives for not taking action against sexual harassment within our parish.”

Sources say an announcement from the bishop was read at Mass on Sunday essentially clearing Brown of all the allegations.

Diocesan spokeswoman Kathy Spangler declined to answer questions about the controversy but released a statement saying in part, “The complaints of alleged adult misconduct in this case did not warrant the removal of any personnel.”

Pirog was motivated to come forward after hearing Bishop Malone speak in August, when he refused to resign as bishop and pledged to improve the diocese’s efforts to confront the issue of sexual misconduct against adults.

“All of God’s children deserve the same protection from sexual harassment or contact, including adults,” Malone said at that August news conference. “We can do better. We will do better.”

Pirog and others said they consider those words an empty promise.

“One of my favorite things to be called is a child of God,” Pirog said. “And evidently I’m not afforded the same protection because I have age now with me. I’m not six or I’m not ten.”

After 37 years, Pirog wonders whether this Christmas will be her last at St. John’s.

Brown, meanwhile, is up for a three-year contract renewal in January.

Pirog said, “I have a decision to make, because evidently my bishop has made his decision by not really following through on what I brought forward to him.”

UPDATE: On Jan. 26, 2019, Bishop Malone re-appointed Brown to a new three-year term as parish administrator, according to an announcement on the diocese website. He did not explain his reasoning for the decision.