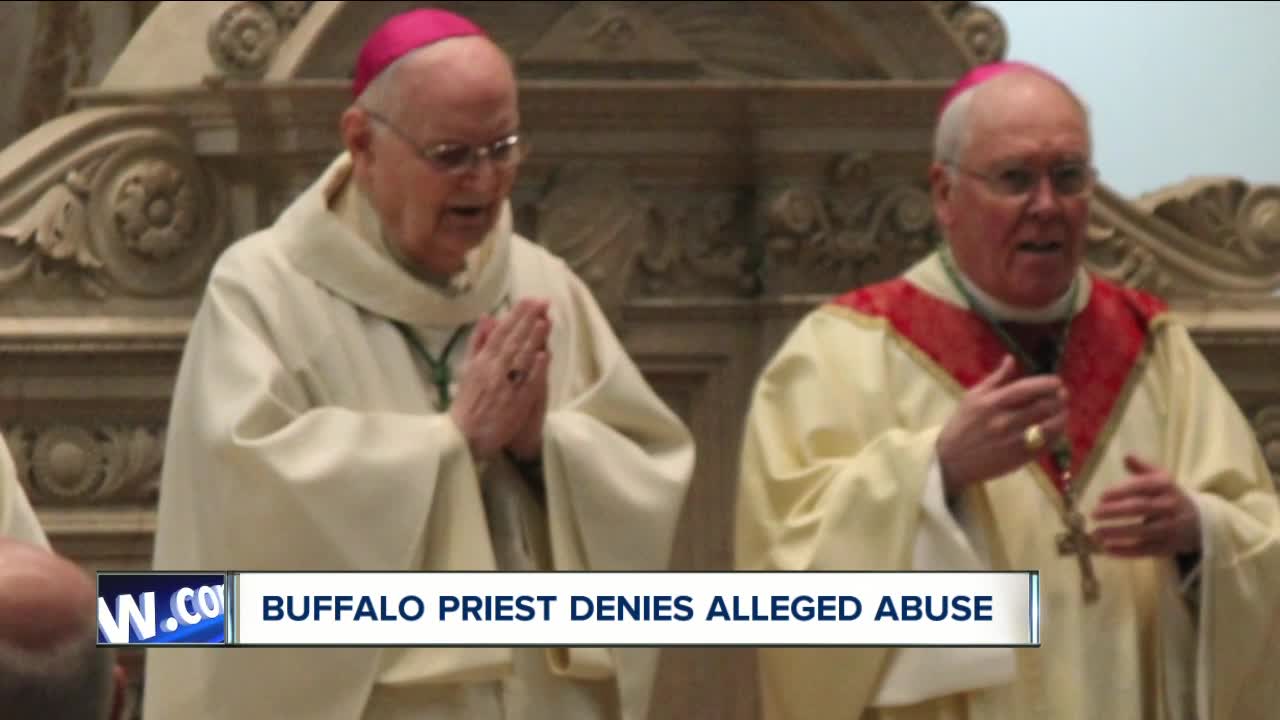 BUFFALO, N.Y. (WKBW) — An active Diocese of Buffalo priest is being accused of child sexual abuse by attorneys for clerical abuse victims.

Fr. Richard Reina, who retired in 2014 but still serves at Christ the King Parish in Snyder, "is alleged to have sexually abused a minor child while he was a priest at Holy Cross Church in Buffalo," according to a media advisory from James Faluszczak, a former priest who is working for the law firms making the accusations.

Reina was assigned to Holy Cross Church in Buffalo, when the abuse is alleged to have occurred, from 1971 to 1974, said the lawyers, who have scheduled a news conference for 11:30 a.m. to give more details about the allegations.

Reina strongly denied the allegations in a brief telephone interview with 7 Eyewitness News.

“I’m about to celebrate 50 years of the priesthood,” Reina said, his voice wavering. “It’s been a good 50 years. I can’t believe that somebody is going to destroy me.”

Greg Tucker, a spokesman for the Diocese of Buffalo, said in an email, “The Diocese has not received the complaint - nor any information regarding the lawsuit. It is our understanding that a complaint has been filed anonymously with the Supreme Court. There is an appointed victims’ assistance coordinator whose contact information is published on the Diocesan website and made available at all parishes of the Diocese. The victims’ assistance coordinator has not been contacted in this regard. As soon as the Diocese receives the complaint, and the name of the person making the complaint, it will follow established protocols which involves a thorough investigation and take all appropriate action.”

Ordained in 1970, Reina retired in 2014 and has been living in Williamsville while serving as a “weekend assistant” at Christ the King Parish in Snyder.

Before that, served as pastor at St. Lawrence Church in Buffalo and in multiple administrative posts in diocesan administration and at Christ the King Seminary in East Aurora. He declined to comment further.