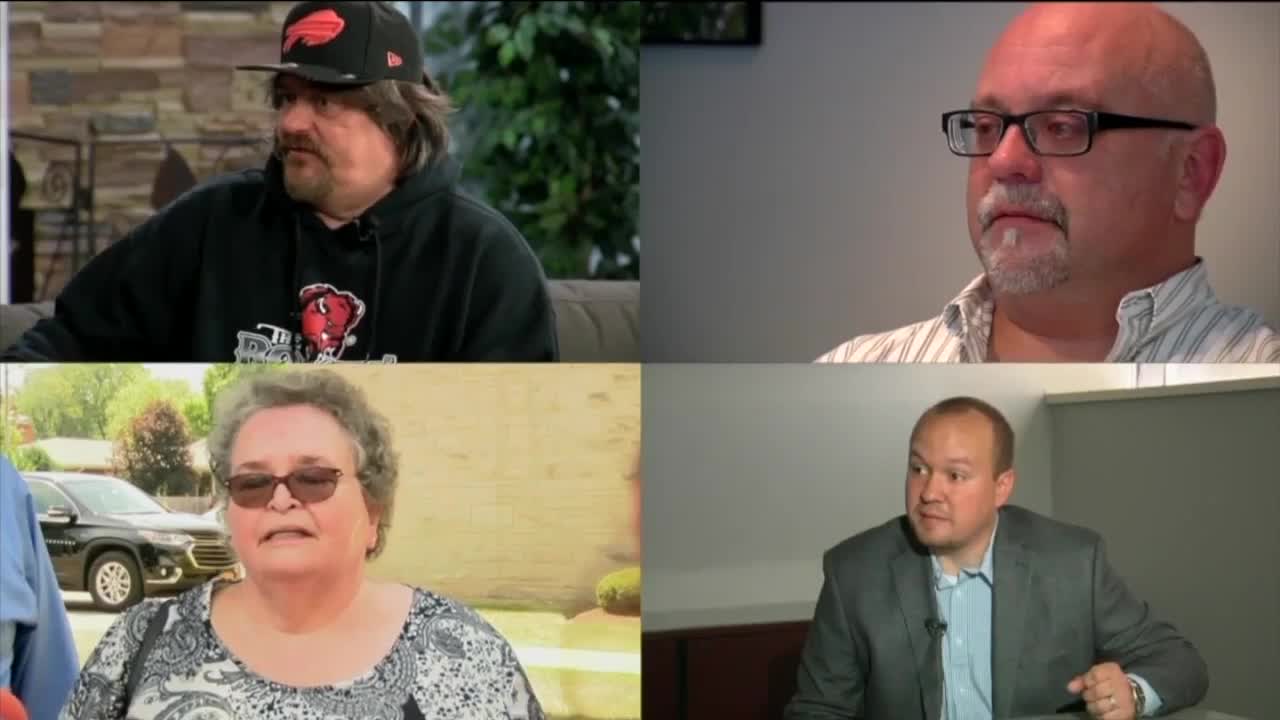 Abuse survivor Michael Whalen, who sparked a massive sex abuse scandal in the Buffalo Diocese, returns to church after 40 years.

He stood in the same spot where, exactly one year ago, he helped to spark a massive sex abuse scandal in the Diocese of Buffalo with the revelation that he was abused in the 1980s by an Orchard Park priest.

“A lot has changed!” Whalen said with a laugh.

The people in the Diocese of Buffalo chancery across the street would no doubt agree.

Michael Whalen went from a sex abuse victim speaking his truth to a survivor who found his voice. He was heavier, with shaggy hair and righteous outrage in his voice a year ago. One year later, weight has been lifted from him in more ways than one.

He speaks of forgiveness, and love.

“I'm in an OK place, I have my grandkids and my family and I'm going to church for the first time in 40 years,” Whalen said.

Whalen was flanked by his wife, Maria, and Siobhan O’Connor, whose life has changed quite a bit, too.

A year ago, while serving as secretary to Bishop Richard J. Malone, few outside the diocese would have even recognized her name. Now she’s perhaps the nation’s foremost Catholic whistleblower, with compelling appearances on “60 Minutes” and other national news outlets.

You could say they were two unlikely heroes meeting Wednesday for the first time.

She did him one better, breaking down in tears and giving him a bear hug.

In part because of their actions:

“It's healing, you know?” Whalen said. “By doing this, this is a big step to healing.”
Whalen's thankful he's been able to connect with so many survivors like him. He has forgiveness for his alleged abuser, Fr. Norbert Orsolits, but not for Bishop Malone.

“It was his actions: his half-truths, his moving priests around, not being totally transparent like he should have been,” Whalen said.

Inside the church, Whalen found peace in the laughter of young children. After Mass, Msgr. Salvatore Manganello, the pastor of St. Louis Church, invited him to come again.

“I never lost my faith, and it means a lot to me to step through these doors and hopefully...start again,” Whalen said.