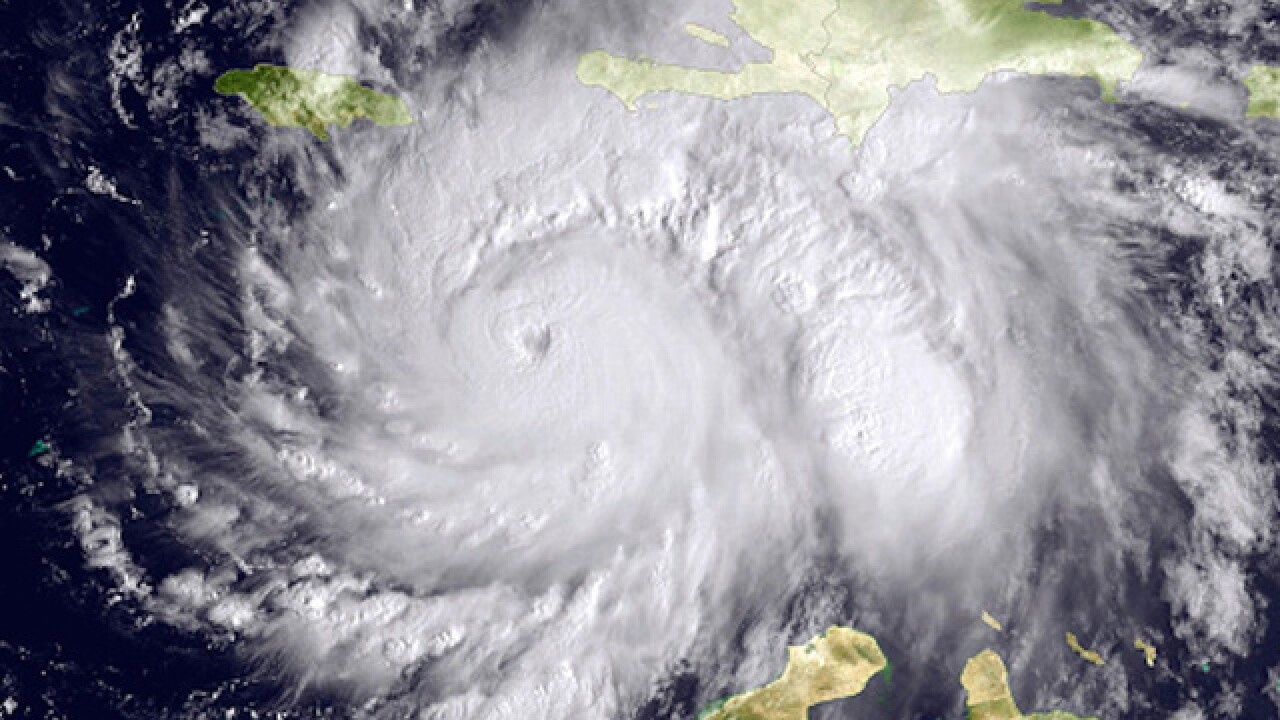 Handout
<p>CARIBBEAN SEA - OCTOBER 3: In this NOAA handout image, taken by the GOES satellite at 1620 UTC shows Hurricane Matthew in the Caribbean Sea heading towards Jamacia, Haiti and Cuba on October 3, 2016. Matthew is a strong Category 4 hurricane, in the central Caribbean Sea and is poised to deliver a potentially catastrophic strike on Haiti. (Photo by NOAA via Getty Images)</p>

In the 2 a.m. advisory issued by the National Hurricane Center on Monday, Hurricane Matthew's forecast cone has made a shift to the west, now putting the East Coast of Florida in play for a direct landfall later this week.

The National Hurricane Center said that tropical storm or hurricane watches for parts of Florida are possible later tonight or early on Tuesday.

The storm, which was packing 145 MPH winds as of Monday evening, is forecasted to strike Haiti before heading toward Cuba and the Bahamas late Tuesday and into Wednesday. The National Hurricane Center said the storm should maintain major hurricane status through Friday.

Major hurricanes have winds of at least 111 MPH.

RELATED: Storm Shield app provides life-saving weather alerts
RELATED: RadarCast can tell you when it's about to rain at your location

Hurricane warnings have been placed for Haiti, parts of Cuba and parts of the Bahamas.

Several computer models have the direct center of Matthew hitting the east coast on Thursday, although the center of the National Hurricane Center's track would keep the storm just off the Florida coast.

Beyond Florida, the storm is forecast to continue drifting north, toward the Carolina coast line by the weekend.

"Tropical storm or hurricane conditions could affect portions of Georgia, South Carolina, and North Carolina later this week or this weekend, even if the center of Matthew remains offshore," the hurricane center said in its official forecast. "It is too soon to specify what, if any, direct impacts Matthew might have on the remainder of the U.S. east coast. At a minimum, very dangerous beach and boating conditions are likely along much of the U.S. east coast later this week and weekend."

Due to the threat posed by the hurricane, Florida Gov. Rick Scott issued a State of Emergency declaration, allowing for state resources to be used to help prepare citizens for the storm.