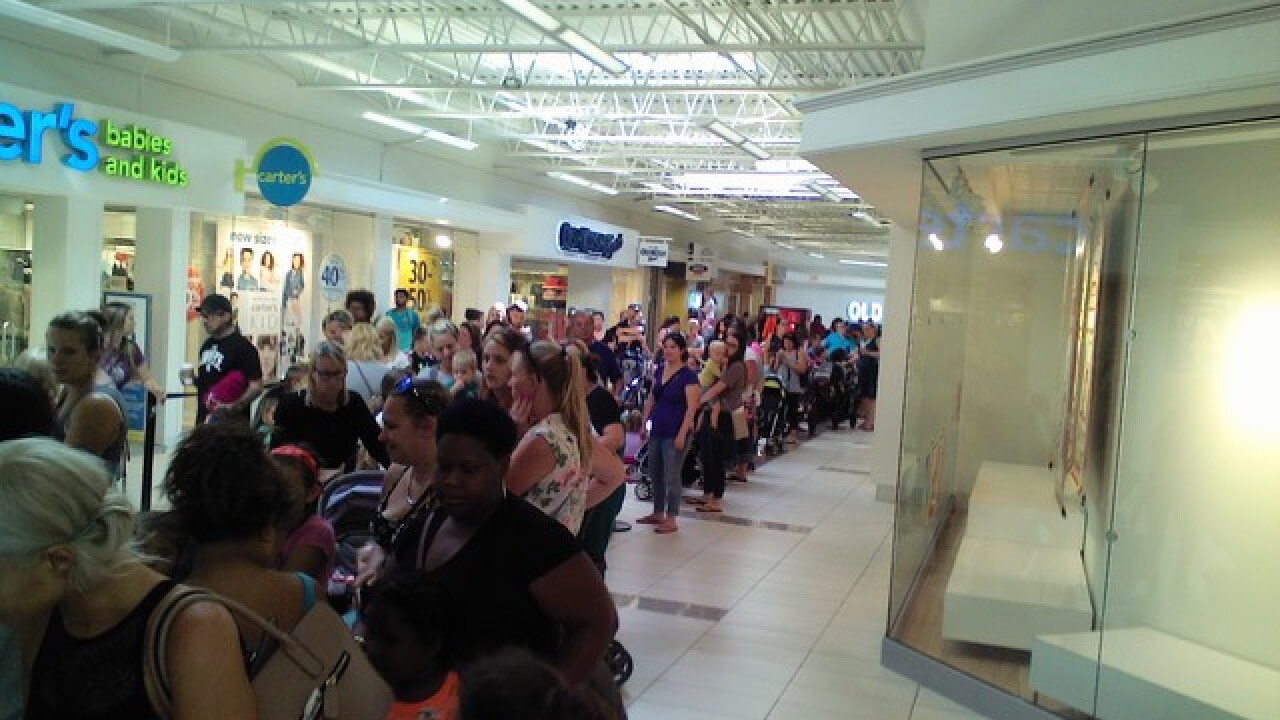 Copyright 2018 Scripps Media, Inc. All rights reserved. This material may not be published, broadcast, rewritten, or redistributed.
<p>A long line forms outside the Build-A-Bear store at the Fashion Outlets of Niagara Falls.</p> 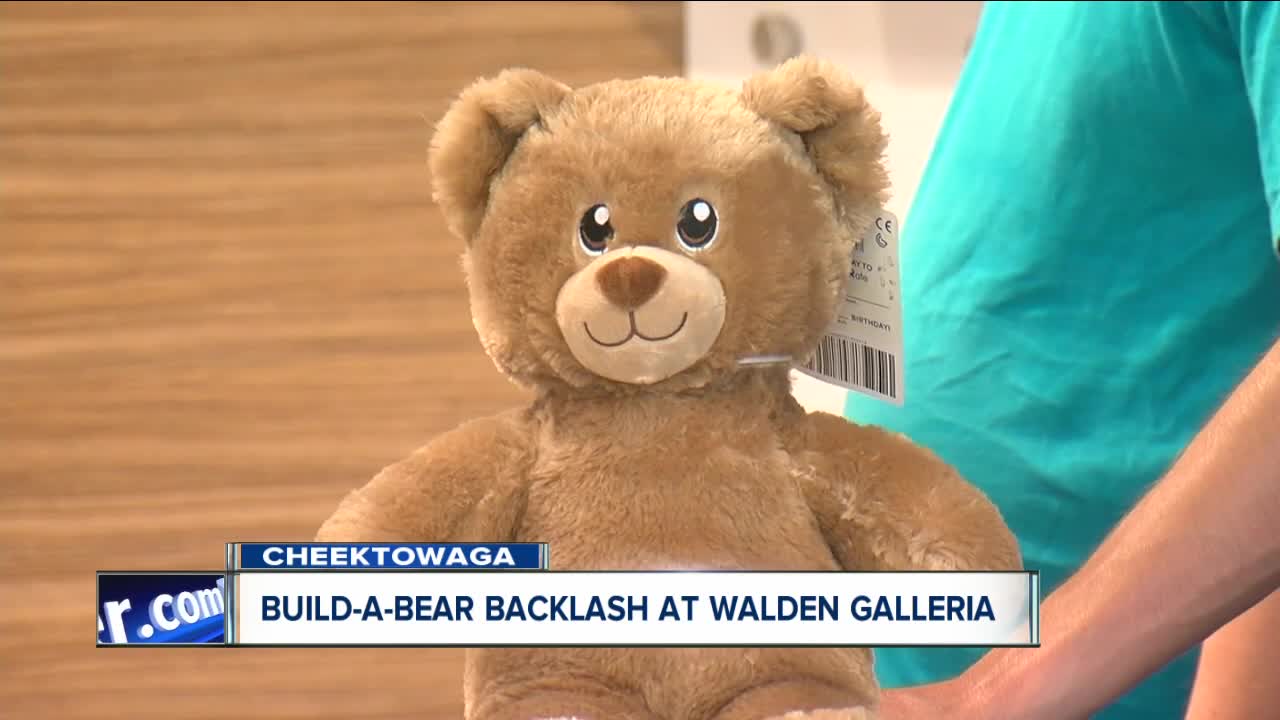 Build-A-Bear has temporarily closed all of its stores due to overwhelming crowds at the Walden Galleria, Fashion Outlets of Niagara Falls and shopping malls nationwide for the company's 'Pay Your Age Day' promotion.

"The response to our Pay Your Age Day event has been overwhelming and unprecedented in our 21-year history, and the safety of our Guests and associates is our top priority," the company said in a statement. "The crowds have greatly exceeded our expectations and, per local authorities, U.S. stores cannot accept any additional Guests for this event and are limiting lines due to extreme crowds and safety concerns. We understand our affected Guests may be disappointed, and we are working to address the situation. We will reach out directly to our valued Guests as soon as possible."

Stores are handing out vouchers for $15 off to people in line who have been turned away.

The long lines began outside the Walden Galleria store on the upper level near Jack Astor's and wrapped around the other side of the second floor, stretching all the way back to Macy's. A mall security officer told 7 Eyewitness News "It's a Build-A-Bear event. It's not an event no more it's a riot."

Police from Cheektowaga, Lancaster, West Seneca and Depew responded to the Galleria this morning for crowd control, along with New York State Police, NFTA Police and the Erie County Sheriff's Office.

A viewer photo also showed a long line outside the Build-A-Bear Workshop at the Fashion Outlets of Niagara Falls.

The promotion said all guests will be able to pay their current age in dollars to create a new furry friend. The price caps off at $29, meaning anyone 30 or older will still pay $29 to take home a new stuffed creation. It included popular licensed characters as well, including those from the Star Wars, My Little Pony and Trolls franchises.

Parents or guardians over age 18 need to enroll in the Build-A-Bear Bonus Club rewards program and provide a name and email address.