The flight was organized in advance of the Thunder of Niagara International Air Show, which runs June 9 and 10.

Highlighting the trip was "Whiskey 7", a C-47 military transport. It flew on D-Day, 74 years ago yesterday, dropping paratroopers on the beaches at Normandy.

"It's just mind-blowing every time," said Todd Cameron, pilot of Whiskey 7, acknowledging the aircraft's history. "I've been flying in WNY since I was 12, everything from jets to gliders. I own a flight school. There is nothing that rivals having the opportunity to get back into Whiskey 7."

Joining Whiskey 7 in the air was "The Movie Memphis Belle", a B-17 bomber made in 1945. It was built too late to see combat in WWII, but is one of only 11 B-17s in the world that is still flying. It's been painted to represent the real Memphis Belle that flew during WWII. 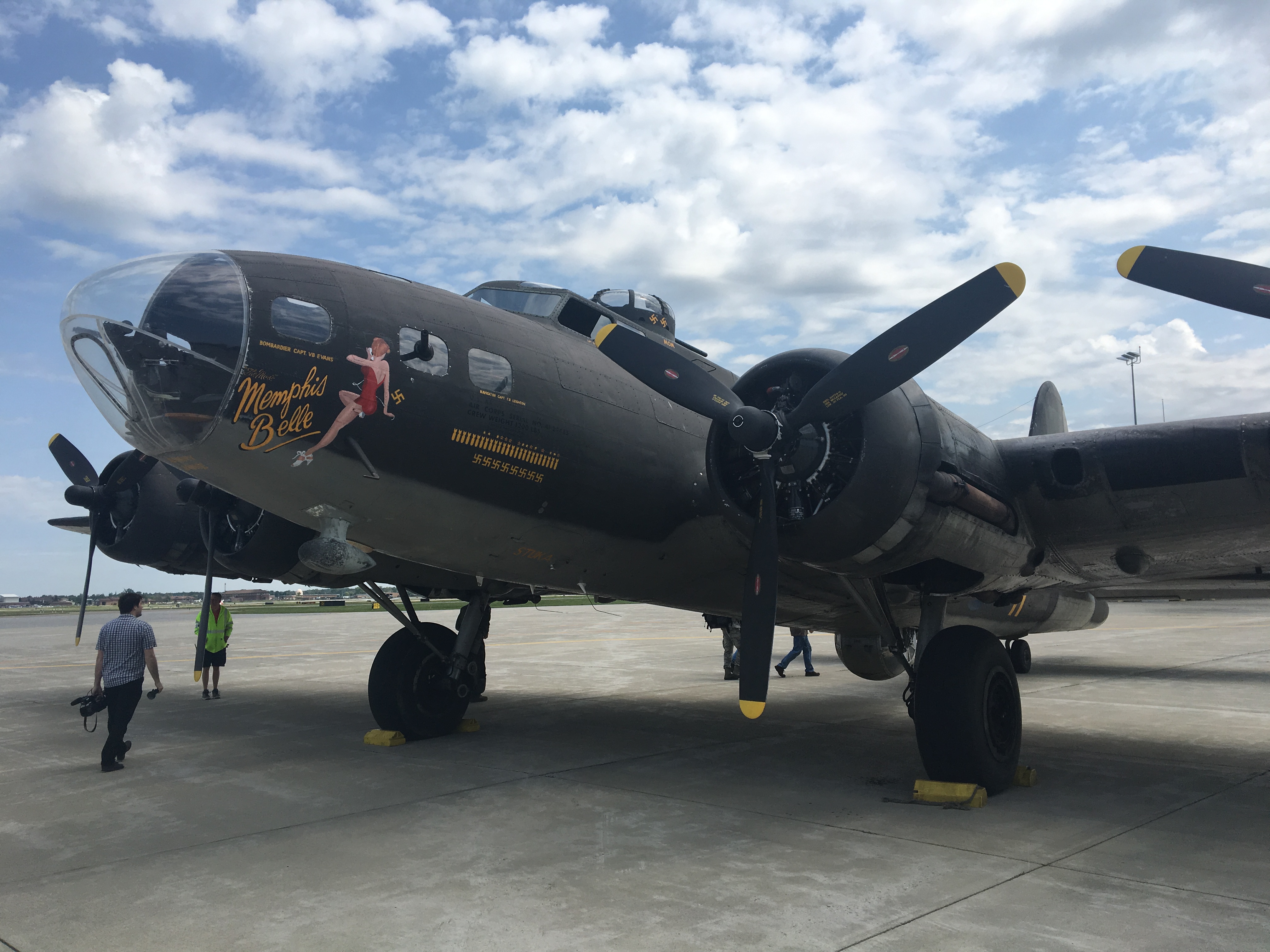 "I'm trying to just keep my dad's generation and that generation alive by trying to tell people how these things worked and what their experiences were," explained Rob Gillman.

Gillman is Captain of the Memphis Belle. His dad, a B-24 combat pilot, taught Gillman how to fly WWII bombers like this.

With fewer members of the "Greatest Generation" around, Gillman and Cameron hope trips like the Heritage Flight can help teach a new generation of Americans about the sacrifices made in that fight for freedom.

"These events serve as a reminder to those who haven't heard of D-Day or Normandy or the events that these airplanes and these air crews participated in," Cameron said.

Several planes flew in formation all around WNY today. Impressive to see how close these pilots can get their planes to each other. @WKBW pic.twitter.com/nH0rxOqKpZ

For more information about the Thunder of Niagara International Air Show, visit its website here.

The show is held at the Niagara Falls Air Reserve Station and is free and open to the public.

To see what you are allowed to bring and for information about parking and shuttle service, click here to read the show's FAQ page.