Hearing to push for universal healthcare in New York State 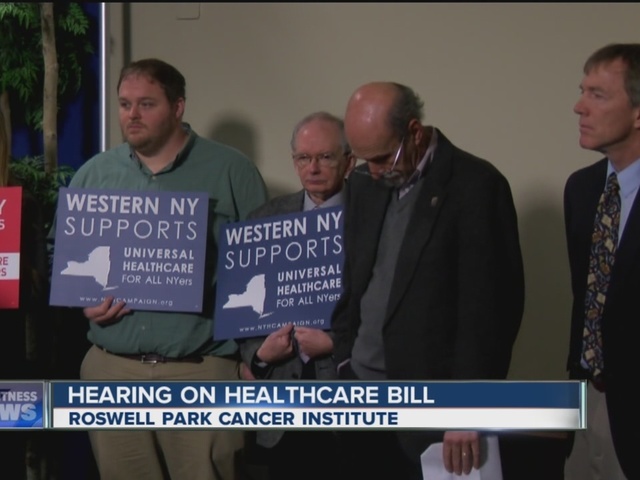 Dozens of people participated in a hearing to push for the New York State Legislature to create universal healthcare in New York State.For more on this story, go to: www.wkbw.com/news/hearing-to-push-for-universal-healthcare-in-new-york-state 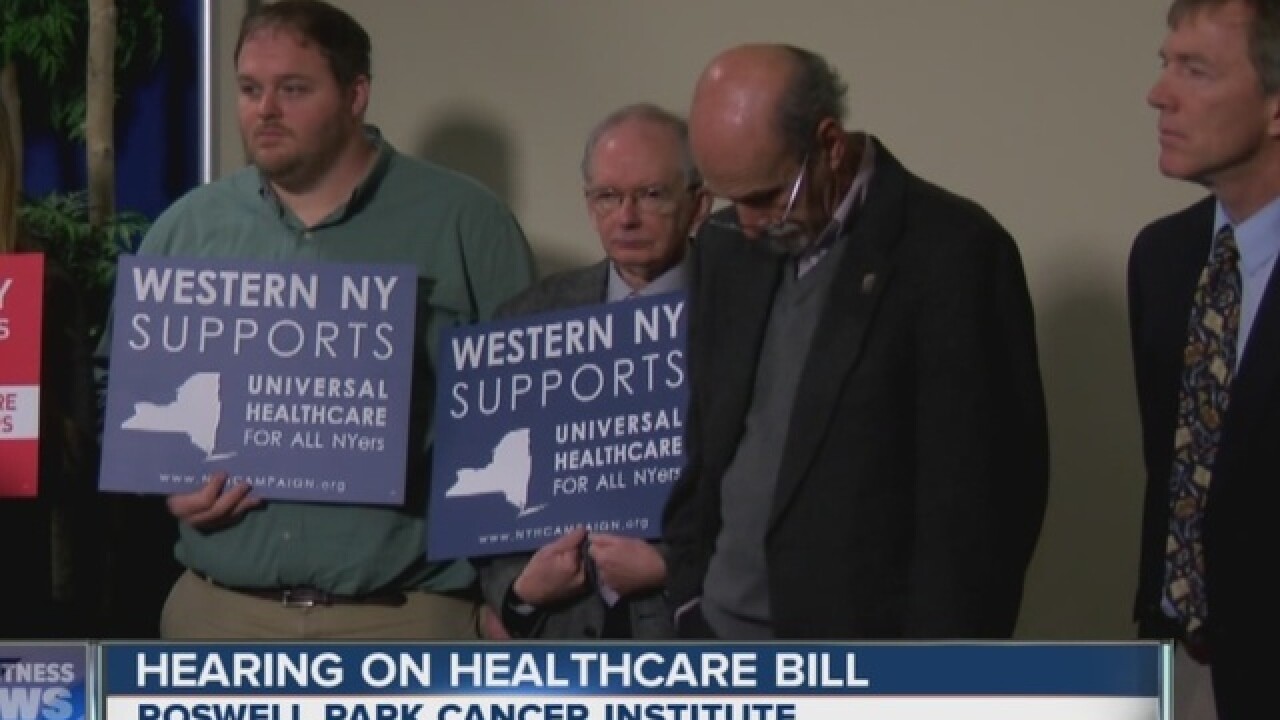 Legislation in Albany could change the way healthcare works in New York State.

Doctors, patients and lawmakers now have the chance to address a controversial proposal.

On Wednesday, lawmakers and activists held a hearing to push for the New York State Legislature to pass a Universal Healthcare bill.

About 60 people participated in the hearing at Roswell Park Cancer Institute.

Assemblyman Richard Gottfried (D-Manhattan) was front and center. He has been pushing the bill for more than 20 years.

Gottfried says, "There's no reason to spend billions of dollars on an insurance company middle man to stand between us and our healthcare."

The bill would eliminate the use of health insurance companies in New York.

Every resident of the Empire State would fall under one umbrella healthcare program.

Taxpayers would pay into it, but proponents say it would cost less than insurance premiums.

Ann Converso, a nurse at the hearing, says she wants to see the bill passed because, "many people do not go into hospitals or see their primary care providers as they should because they can't afford it."

Assemblywoman Crystal Peoples-Stokes (D-Buffalo) has joined on board with Gottfried, saying the "only reason it's taking so long (to pass) is -- it's a great country but capitalism is more important than people here."

Supporters of the legislation say the new program would get rid of the need for Medicare and Medicaid and save New York billions of dollars.

However, opponents call the bill unrealistic.

In a statement, the Buffalo Niagara Partnership said the bill, "does not take into consideration the high costs associated with the proposed assessments." The statement adds, "nor does it consider the positive economic impact current health plans have on New York's economy."

The New York Health Plan Association also released a statement, saying that the idea, "forces people to give up coverage they have and presumably like. They would also impose new taxes on their income and payrolls to pay for it."

There will be three more hearings to discuss the possibility of universal healthcare in New York State. The idea then goes to the Assembly's Healthcare Committee.