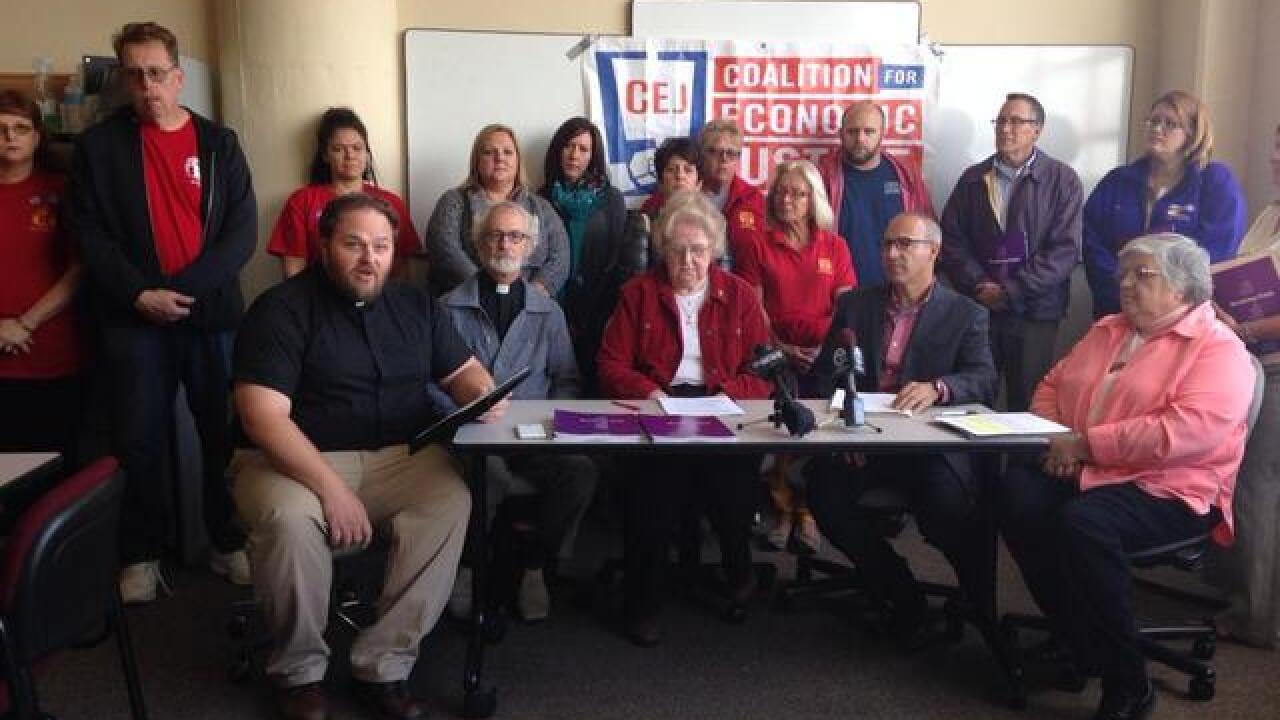 The coalition held the press conference to reveal what it calls the Diocese “abandoning Catholic teachings” and how “cost-cutting negatively impacts patient care and working standards.”

One nurse addressed the media, saying a suspected Tuberculosis patient was not put into isolation by the hospital and that medical professionals had to go to OSHA.

The Communication Workers of America union at Catholic Health is currently in contract negotiations with the hospital system. Catholic Health says the union is using the coalition to “publicize these false and misleading reports.”

The hospital system says cuts and other changes to healthcare will total cost more than $330 million over the next 10 years. With that in mind, Catholic health says the current offer for the union includes “competitive wage increases, comprehensive health benefits and no changes to the employer provided pension plan.”

Catholic Health says the contract would have been settled by now, but because of the “union’s failure to bargain in good faith, this is not the case.”