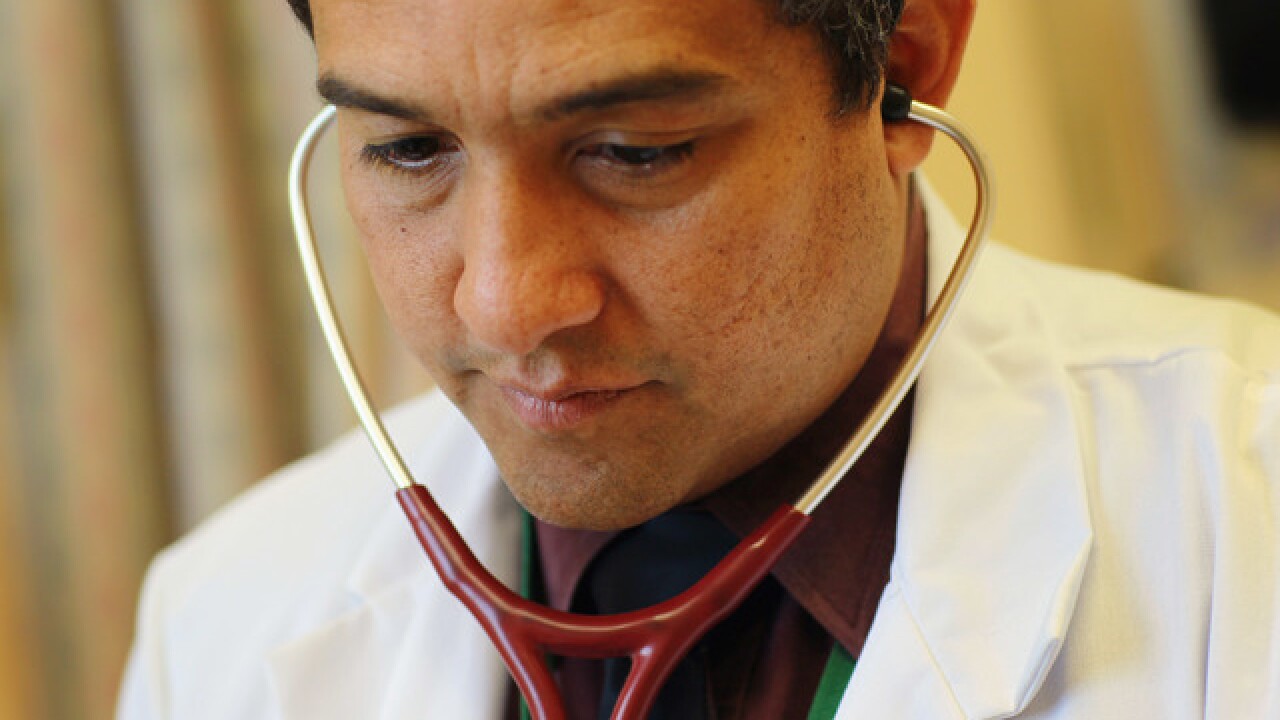 Copyright 2017 Scripps Media, Inc. All rights reserved. This material may not be published, broadcast, rewritten, or redistributed.
Joe Raedle
<p>MIAMI - JANUARY 18: Dr. Olveen Carrasquillo, Chief of General Internal Medicine University of Miami, wears a stethoscope as he conducts a checkup on Juan Gonzalez at the University of Miami’s Miller School of Medicine, as the United States House Republicans in Washington, DC were poised to approve a bill repealing the health care law that last year was signed into law overhauling the U.S. health care system on January 18, 2011 in Miami, Florida.  (Photo by Joe Raedle/Getty Images)</p>

The report released by the University at Albany says health care employment in New York increased by 24 percent between 2000 and 2014. The school's Center for Health Workforce Studies says employment in home health care more than doubled during that time, while jobs in ambulatory care grew by 30 percent.

The center says health care accounts for about 12 percent of total employment in the state and continues to grow faster than all other sectors.

Despite the job growth, the center reports that worker retention can be a problem and that patients in some parts of the state still lack access to health care services.