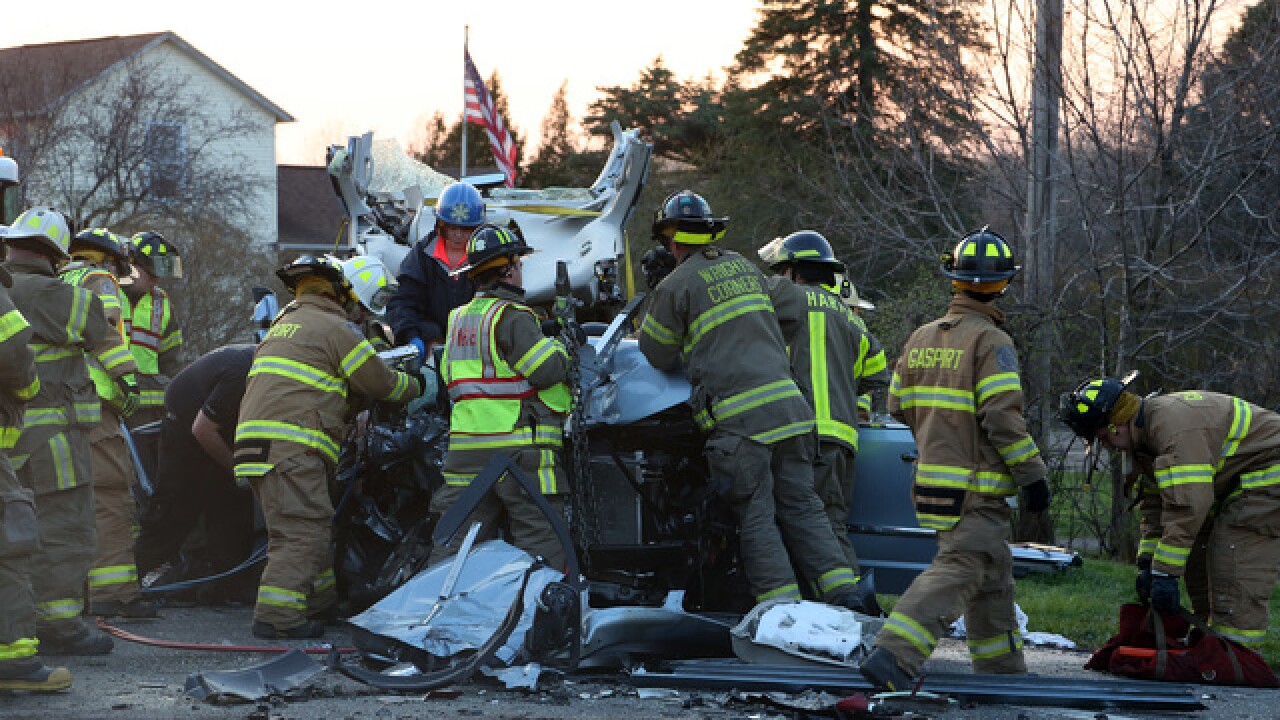 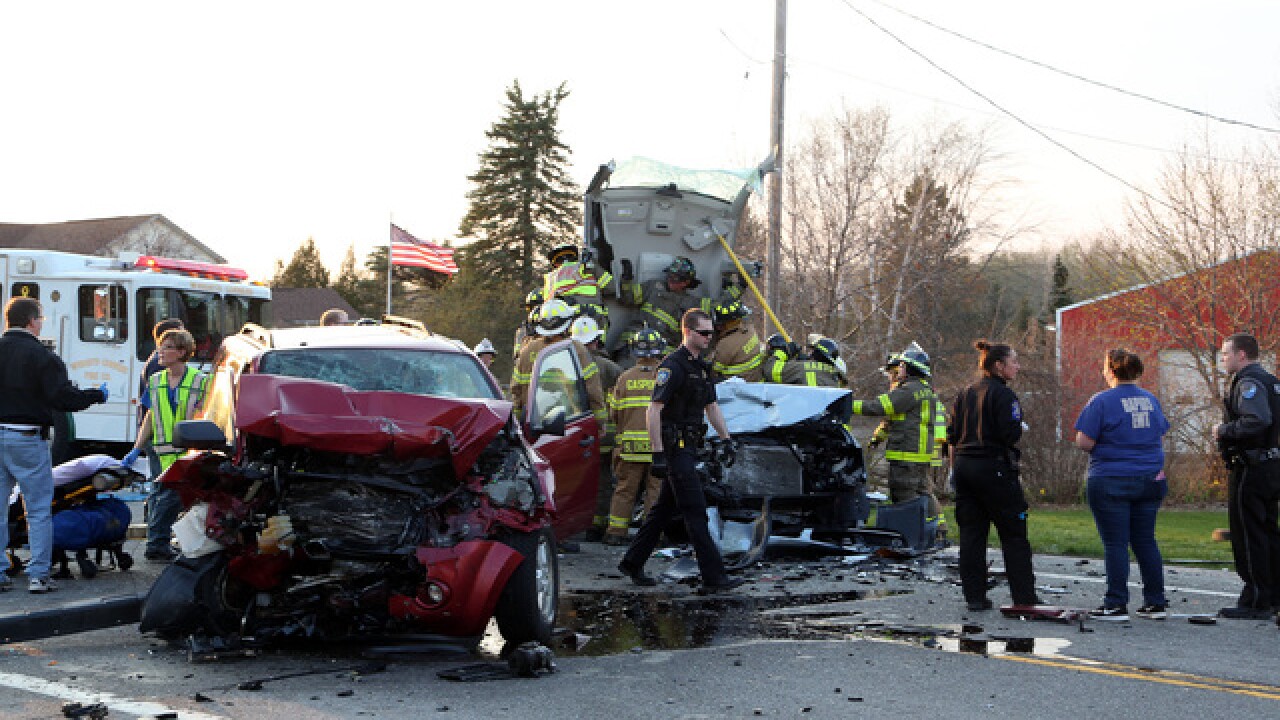 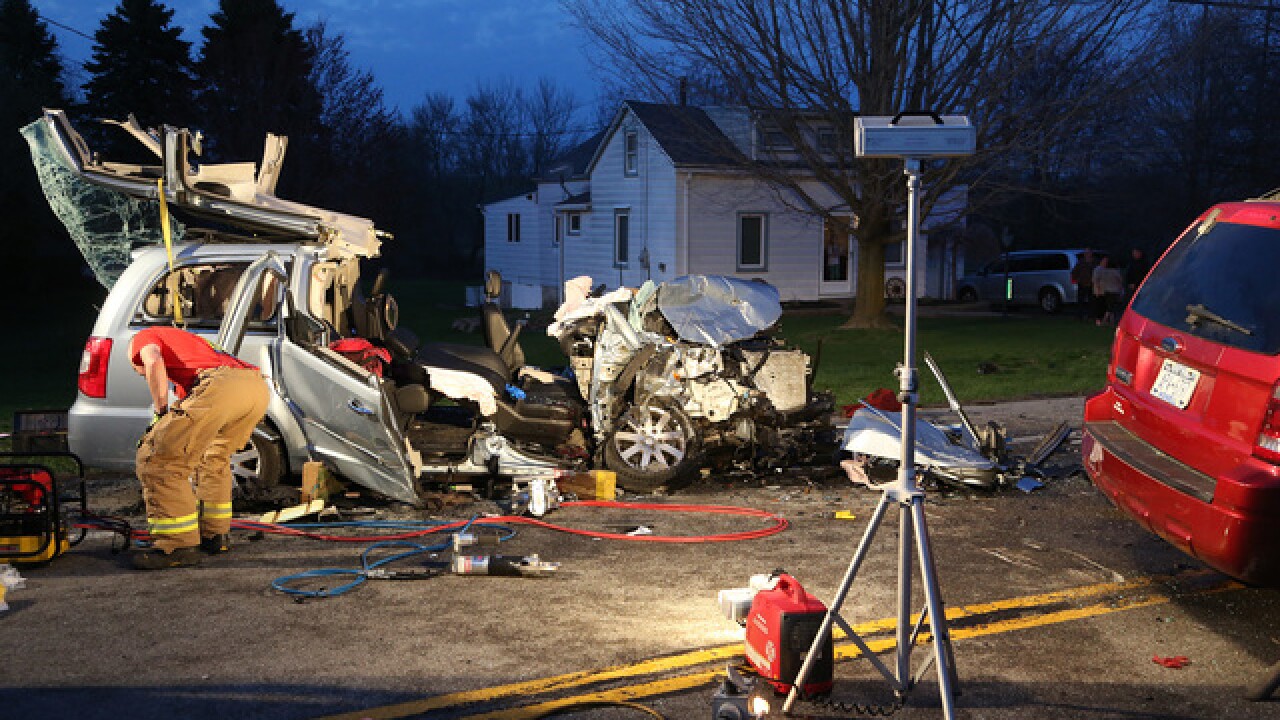 Mercy Flight dispatched two helicopters to a serious head-on crash in Niagara County.
The crash, between two minivans, happened at 7 p.m. Saturday on Ridge Road in Gasport.
Those hurt include Matthew Lukasic, 30, Ellen Matesic, 64, Maren Smith, 32, and a one-year-old.
Lukasic is in good condition at Erie County Medical Center. Matesic is in serious condition at ECMC. Smith was released from the hospital Saturday and the one-year-old is still at Women and Children's Hospital but in good condition.
The woman driving the blue minivan was trapped in the wreckage for more than an hour before she was flown to ECMC by Mercy Flight.
Charges are pending against Lukasic investigators continue to figure out what happened.
The road was closed for several hours as police investigated what happened.
Photos are courtesy of Steven Wallace.
Copyright 2017 Scripps Media, Inc. All rights reserved. This material may not be published, broadcast, rewritten, or redistributed.