A Buffalo man has confessed to a murder he committed in August of 1991.

Scott's confession clears the way for the exoneration of Valentino Dixon, who has been incarcerated for the crime for the past 27 years. Valentino Dixon was convicted of killing Jackson. He has served 27 years behind bars. He will go before a judge later this morning and is expected to be released.

Scott is currently serving time for a previous attempted murder conviction, his new sentence will be served concurrently.

Torriano Jackson was 17-years-old when he was shot to death on Buffalo's East Side.

Thuy Lan Ngyuen is currently in Erie County Court, she'll bring you the latest as it becomes available. 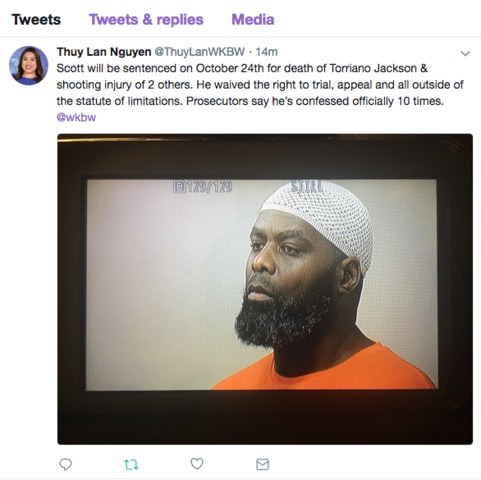