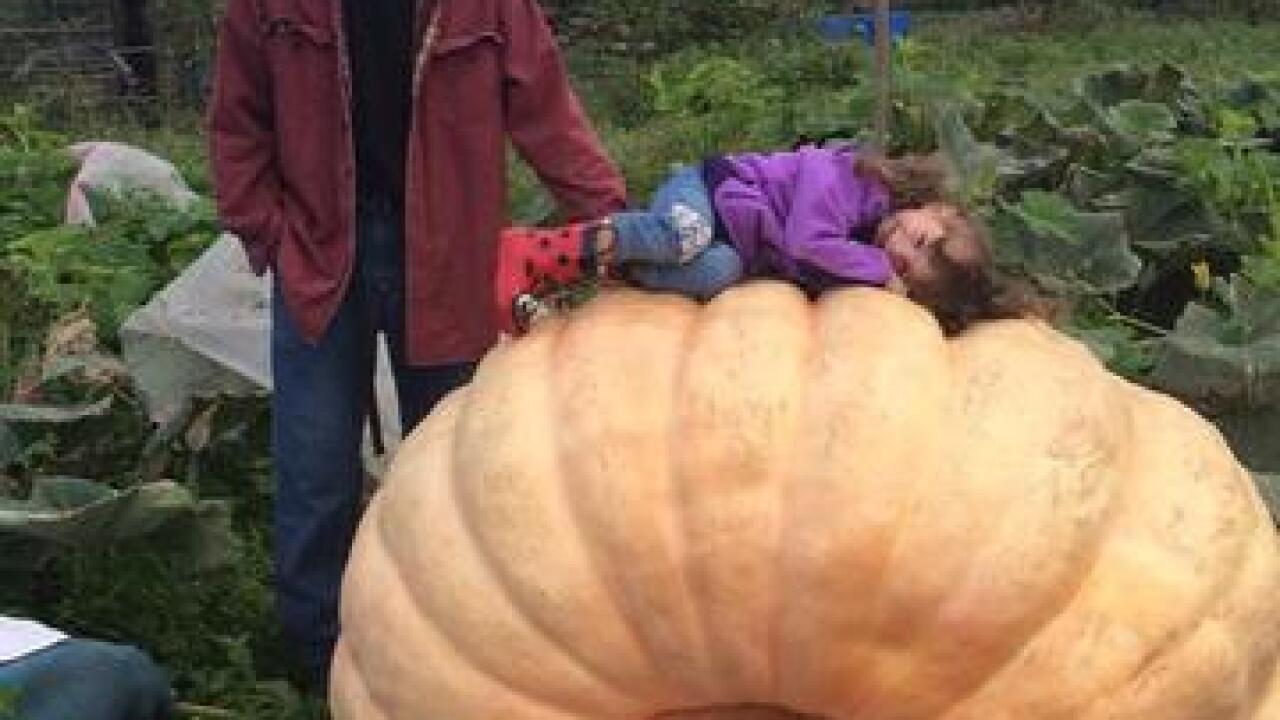 Pumpkin growers from all over New York and Pennsylvania came out on Sunday to see who would claim the title of "heaviest pumpkin" at the "World Pumpkin Weigh Off" at the Great Pumpkin Farm in Clarence.

First place went to Karl Haist of Clarence Center for the second year in a row. Haist's pumpkin weighed in at 1,781.5 pounds.