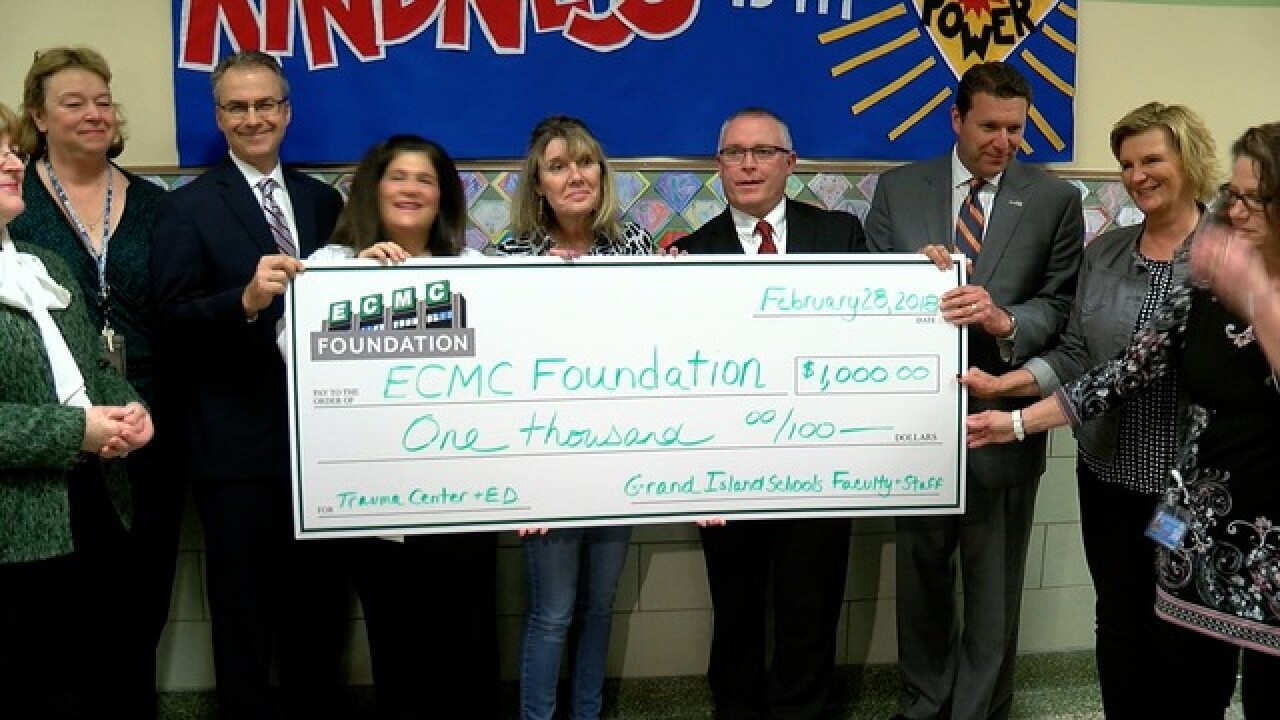 Dana Papaj, the Grand Island woman who was struck during a hit and run last June, joined her coworkers from the Grand Island School District to present a check to staff from ECMC, Wednesday. Papaj spent several months at ECMC last year recovering from the accident. She was hit by a driver while walking her dog.

"I want to thank everyone at ECMC for all their help," Papaj said. "It's been wonderful. I've come a long way since I've been there. I don't know what else to say but thank you. They're really wonderful people."

Ann Marie Stewart, a nurse at Kaegebein Elementary School on Grand Island, organized the fundraiser. Her daughter, Amy, was a victim in a separate hit and run crash in 2009 and also recovered in the trauma center at ECMC.

"Because of the remarkable doctors, nurses, therapists and caregivers at ECMC, Amy has made a remarkable recovery," Stewart said.

Crews will break ground on the new center this spring and are expect to finish by the end of 2019. The project will double the size of the current trauma center and emergency department at ECMC.