The southbound South Grand Island bridge is back open, earlier than expected.

According to the State Thruway Authority, all lanes on the South Grand Island bridges are back open, northbound and southbound. 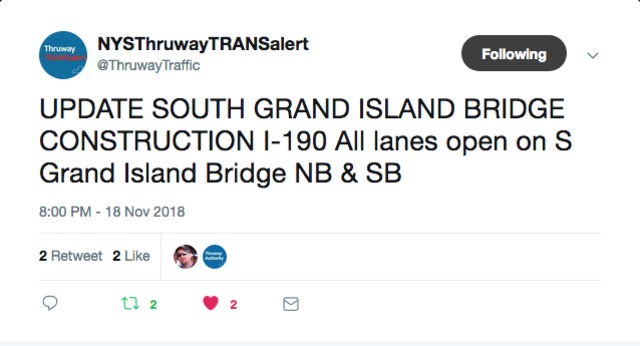 The southbound bridge was closed Saturday morning for pavement improvements.  It was scheduled to be closed until Monday morning, but work concluded sooner than expected.