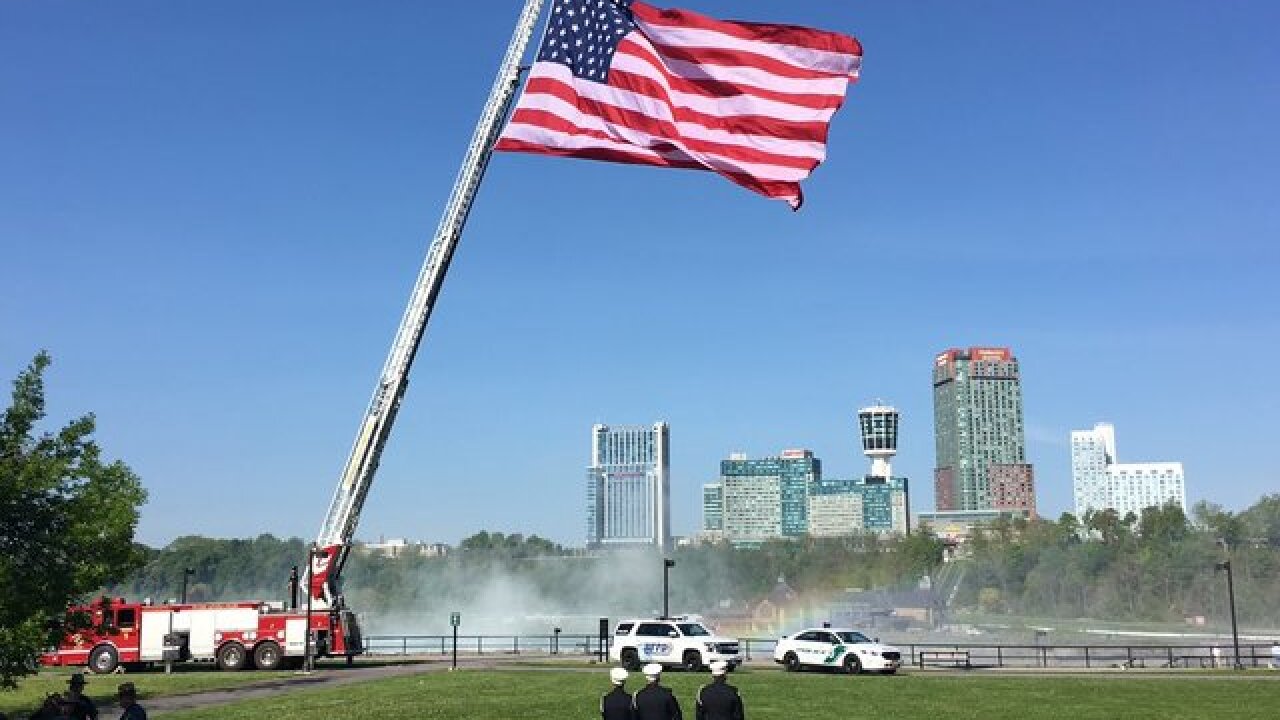 A giant American flag touring the country made a stop at Goat Island in Niagara Falls Friday.

The Patriot Flag is currently on a five-year journey, making stops at state capitals, monuments and landmarks. The flag is 30-60-feet, and weighs 50 pounds.

The flag honors the fallen who gave their lives to the United States and those who currently serve.

Joe Torrillo, a lieutenant for the New York City Fire Department who survived the collapse of both World Trade Centers on September 11th, was on hand when crews unveiled the American flag.