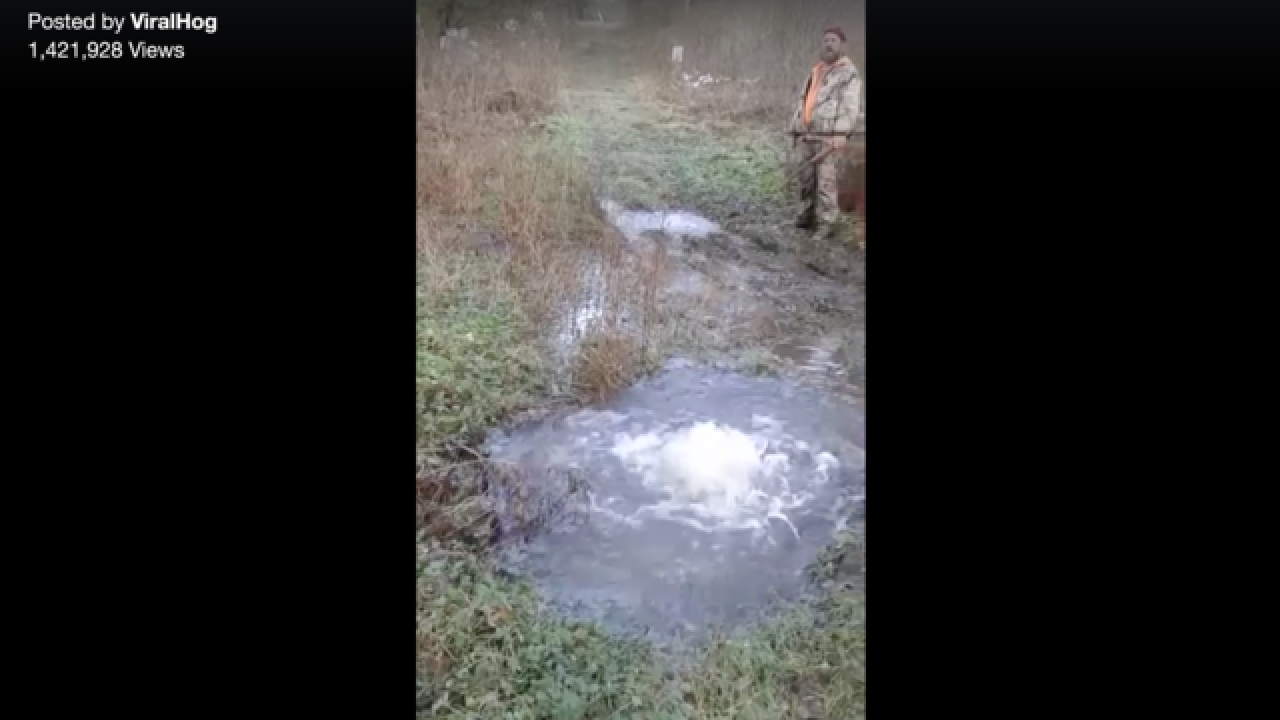 A gas pipeline was leaking for more than a year in a rural part of Franklinville before being repaired, according to National Fuel Gas Company.

A video surfaced last week on Facebook that showed a pool of water bubbling from a leaking gas pipeline.  National Fuel said they had been aware of the issue for "more than a year" but said there was "no safety risk to humans, animals, the ground water or drinking water".  The leak was located in a state forest.

The company said the leak appeared worse than it actually was because of the pooled water and bubbling.  Resources are concentrated on more dangerous leaks, watered-down lines and installation of new services, according to National Fuel.

According to a spokesperson for National Fuel, the company only decided to repair the line after the video surfaced so their "system wasn't inundated with leak calls that did not involve an inherent safety risk".  The line was repaired on December 2.

This gas leak was classified by National Fuel as a Type 3 leak, meaning it was "small and non-hazardous" and was not located near houses or buildings.  Those leaks are monitored annually until repaired.  Type 1 and 2 leaks are "potentially hazardous" and are repaired immediately per state and federal regulations.

The danger of a particular leak is based on gas concentration in the ground, how close the leak is to buildings and the surface covering a leak, according to National Fuel.