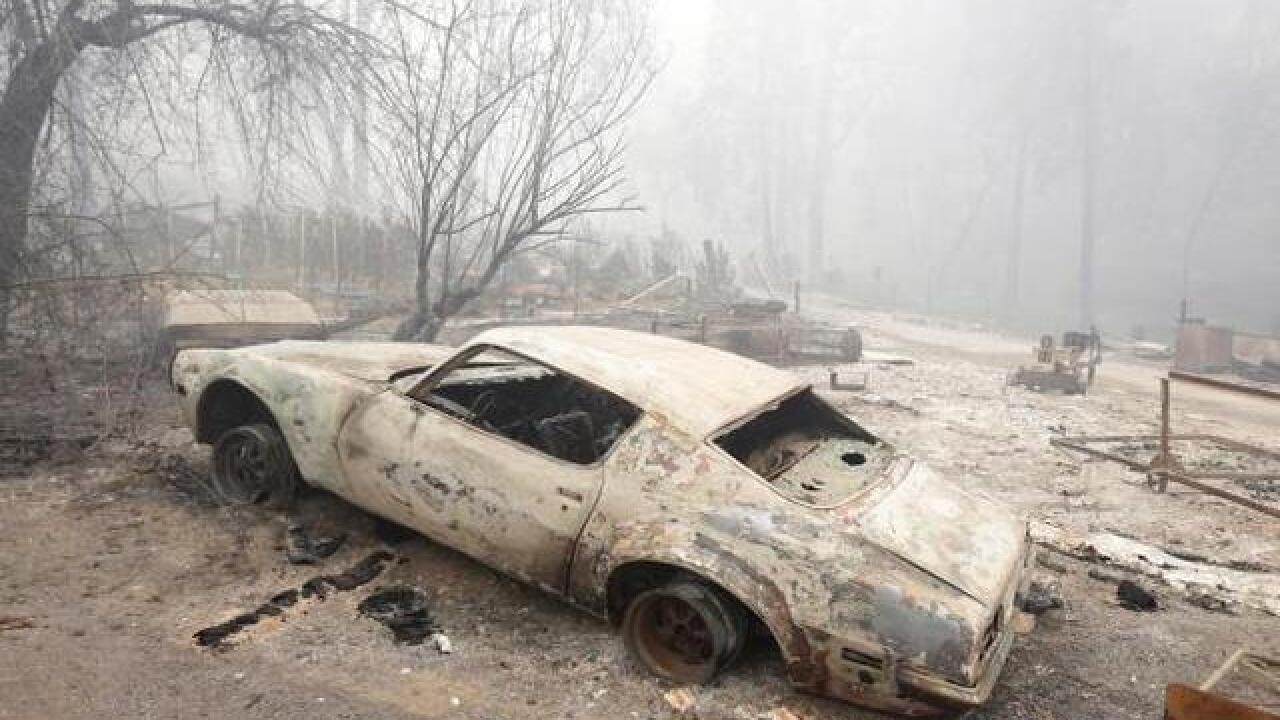 A wildfire roaring through Northern California's parched Lake County has surged ahead, churning through an extra 23 square miles overnight.

Authorities say the fire erupted in Lake County, about 100 miles north of San Francisco, Saturday afternoon and rapidly chewed through brush and trees parched from several years of drought.

An unconfirmed number of structures were destroyed. Entire towns as well as residents along a 35-mile stretch of highway were evacuated.

Four firefighters suffered second-degree burns in fighting the blaze and are hospitalized in stable condition.

Southeast of Sacramento, a 101-square-mile wildfire in California's Gold Country has destroyed 86 homes and burned 51 outbuildings, and officials say it's threatening another 6,400 structures. But crews reported slight progress Saturday, saying the fire was 15 percent contained.