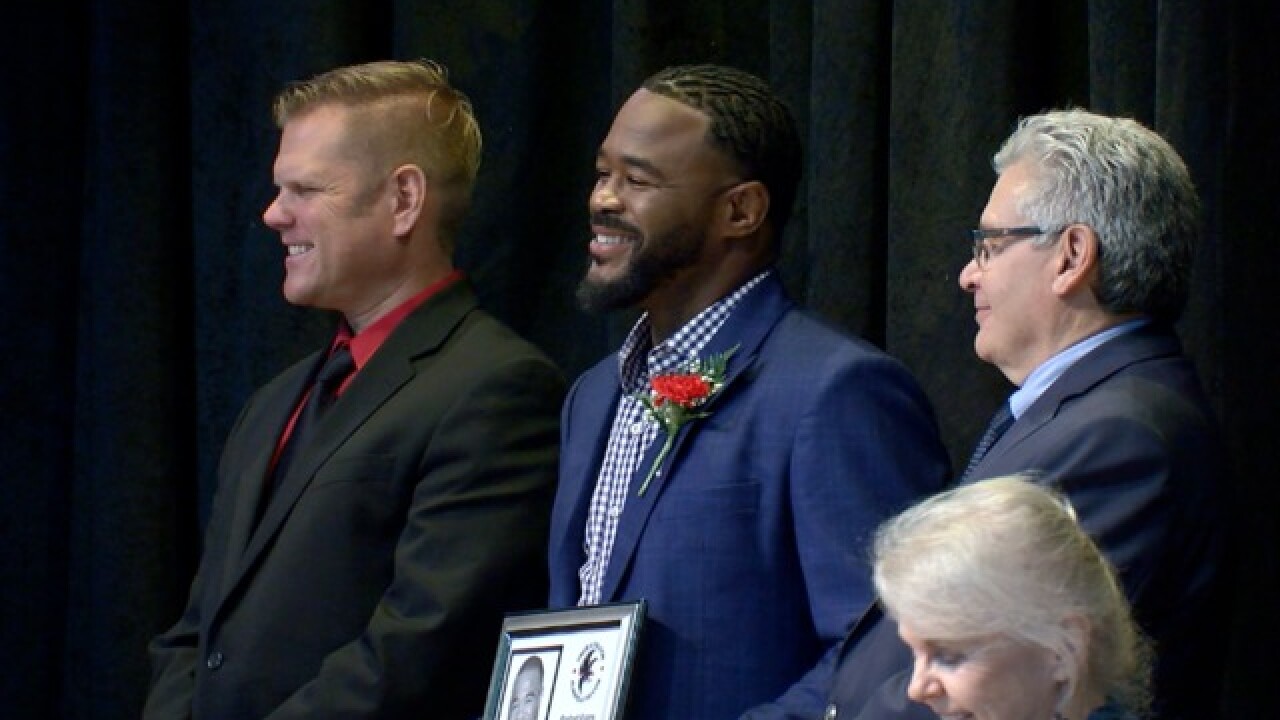 Former UFC Light-Heavyweight champion Rashad Evans can perfectly recall his time as a running back on the Niagara Wheatfield football team. A native of Niagara Falls, Evans says those memories on the field are some of his fondest.

On Saturday morning Evans returned to his former school, headlining the 2018 Class for the Athletic Hall of Fame and Falcon Wall of Fame.

“There is a lot I learned here that resonates with me today. Hard work and perseverance and this mindset that we had at Niagara Wheatfield, because we always kind of looked at ourselves like an underdog, we always thought we had a lot to prove," Evans said on Saturday morning.

Evans, who wrestled and played football at Niagara Wheatfield, went on to wrestle at Niagara County Community College before transferring to Michigan State. After college Evans won the second season of “The Ultimate Fighter” and quickly became one of the most dominant fighters in UFC. Evans went on to win the UFC Light Heavyweight Championship and boasts a 19-8-1 record.

Over the years Evans has won countless awards and has been honored all over the world. But getting recognized by his former high school is an honor he says he’ll cherish.

“It’s such a homecoming with the people who are here [because] they’ve helped me to become what I am today,” Evans added. “I wouldn’t be the person that I am and I would’ve have accomplished what I’ve accomplished if it wasn’t for these people here and this school and the guidance that I had along the way.”

“This place means so much to us and we wanted to take care of things that needed to be taken care of,” Alan Pogel, Chairperson, Hall/Wall of Fane said. “We have State champions in this class. We have people across the board that people in Western New York and outside of this area know by name. And that’s something that’s part of Niagara Wheatfield that we’re all very proud of.”

Rich Kilgour, the head coach of the Buffalo Bandits and a 1987 graduate of Niagara Wheatfield was also inducted on Saturday morning.

Class of 2018 inductees include: