An investigation has revealed that Friday's fire at the Family Church of Fredonia was caused by extreme winds.

The Chautauqua County Fire Investigation Team says the wind caused part of the copper gutter to blow off. It landed on a nearby transformer, where it became positively charged with electricity. A positively charged object will search out a path to the ground, and investigators believe the charge entered the church via the soffet at the base of the bell tower.

Investigators believe the soffet smoldered for a while before igniting, and the majority of the flames were contained to the bell tower. 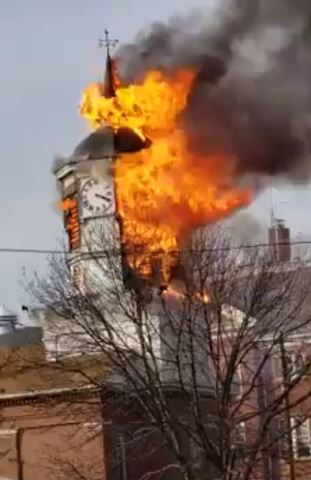 The steeple is "severely damaged," according to a Fredonia Fire official who spoke to 7 Eyewitness News.  It is unclear how extensive the damage inside the church is. 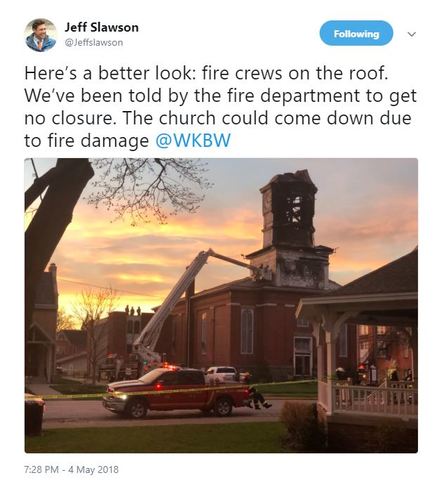