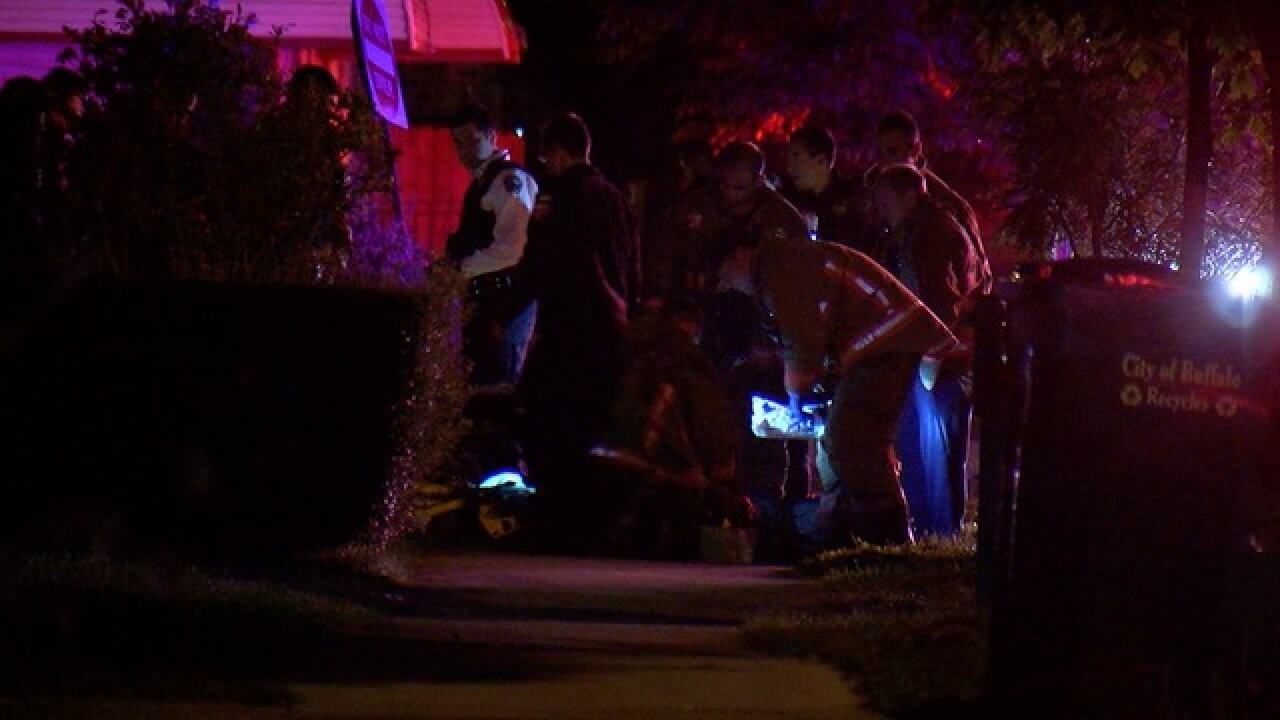 Buffalo police and paramedics rushed to Massachusetts Avenue and Fargo Avenue early Tuesday morning after a man was found lying in the street. The police department says the man was shot and seriously hurt.

First responders at Massachusetts and Fargo. A man is down in the street screaming in pain. Police searching the surrounding area. Appears to be a shooting. No official info yet. @WKBW pic.twitter.com/XkTEsfJBUx

A 7 Eyewitness News photographer saw paramedics take the man away in an ambulance shortly after 4 a.m. Police remained on scene to search the area, and a part of the street was taped off.

Police say the victim is in his 30s. He was taken to ECMC.

No arrests have been reported in connection to the shooting. Anyone with information can call (716) 847-2255.