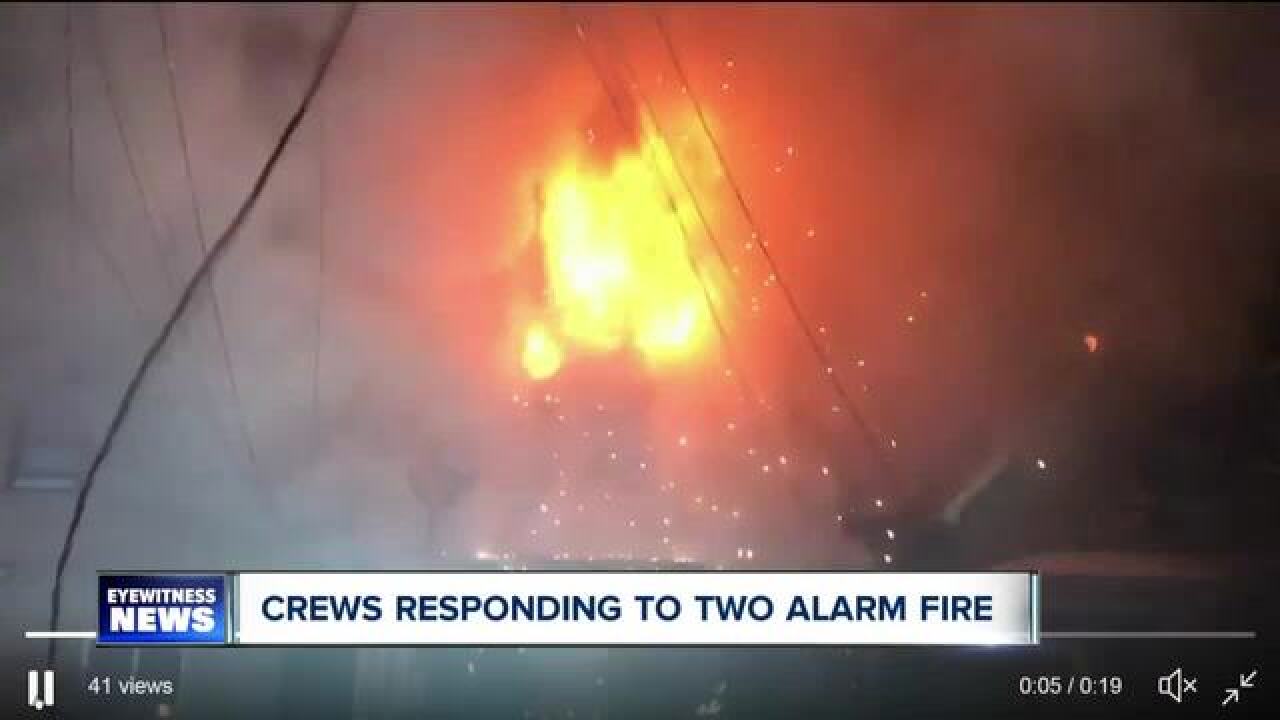 After nearly two hours battling a three-alarm fire in the city's Black Rock neighborhood, Buffalo firefighters, fire investigators and Buffalo Police are working to learn the source of that heavy fire that spread to two adjacent homes.

The fire started about 3:45 a.m. Friday on Peter Street, near Amherst Street.

More than 70 first responders were called to the scene. At one point, firefighters were inside the house, but were quickly evacuated due to the dangerous conditions.

Buffalo police say all three homes were empty at the time of the fire and no civilians were injured.

One firefighter was injured due to falling debris, he's expected to recover from minor injuries.

The American Red Cross is currently assisting 16 people, from five different families.  They were all affected by the fire in some way.

This is still an on-going investigation.