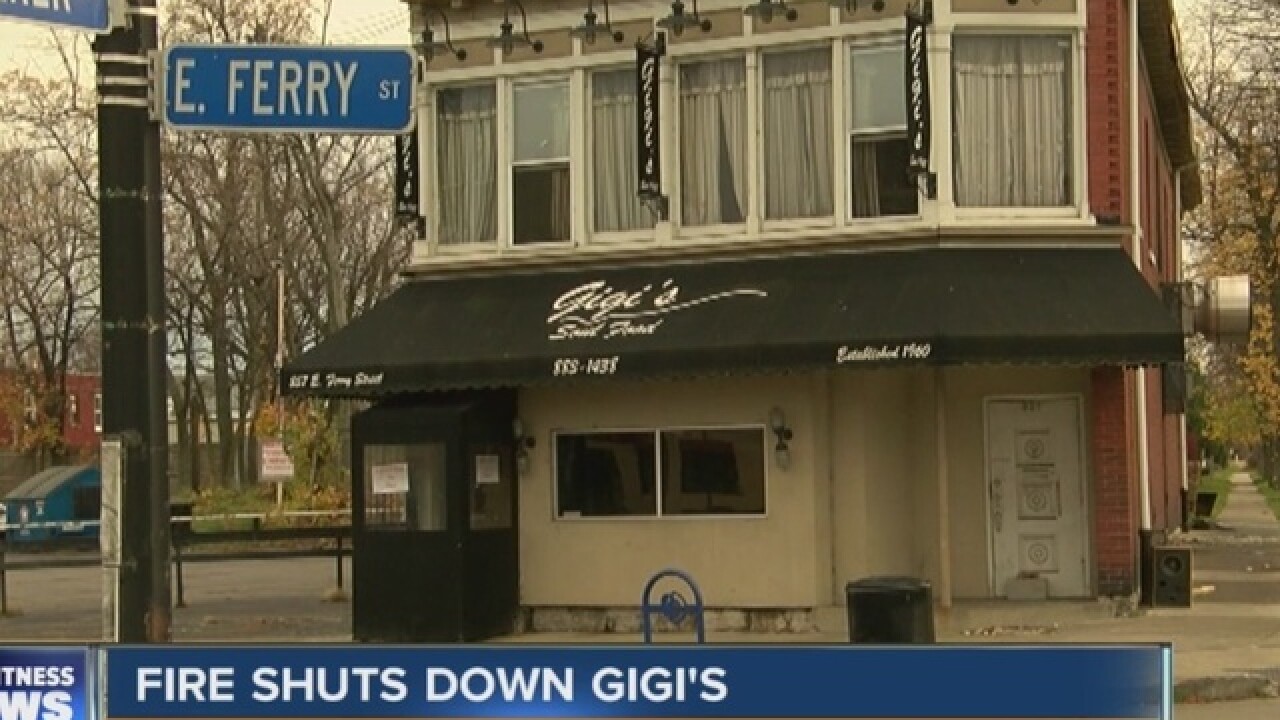 A fire that destroyed an east side restaurant last weekend, leaving a dozen people jobless, has been ruled accidental.

Employees say the fire broke out just after midnight on Saturday at GiGi's Soul Food, destroying everything inside. The restaurant, known for its soul food, has seen numerous politicians and celebrities stop by.

Firefighters broke through both front glass doors to get inside. It was closed at the time the fire started. The fire damaged everything in the East Ferry restaurant, leaving nothing to salvage.

An employee believes cooking grease could have possibly started the fire, but no official cause has been released.

Loyal customers and supporters met up outside the restaurant Saturday. They have started a GoFundMe page to try to raise $12,000 in 30 days for employees who are currently out of work. So far, they've raised more than $9,000.