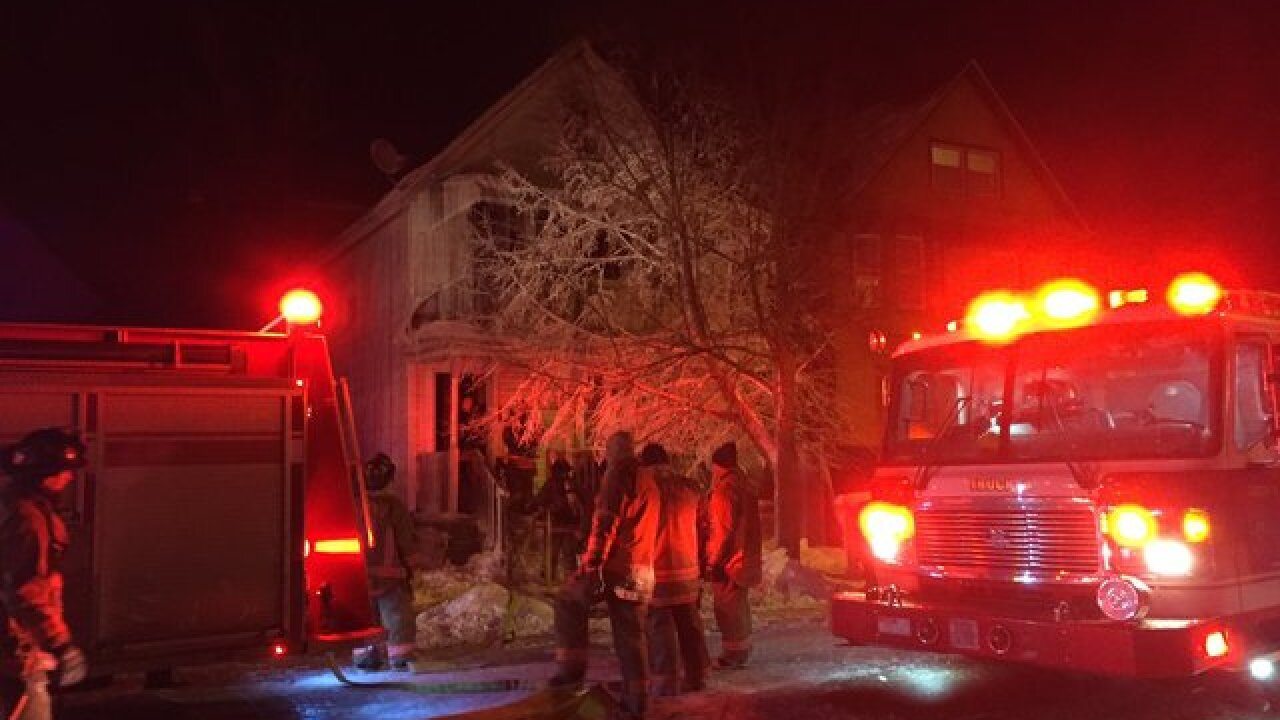 Each of the firefighters, who've not been identified, had facial burns.  The fire chief expects them to be okay.

Firefighters were called to Winter Street, between Hampshire Street and Massachusetts Avenue, before 2:00 a.m.

Fire started in the attic and caused about $75,000 damage, according to firefighters, who are still investigating how this fire started.

Another element firefighters battled was the cold.  The firefighters who were fighting this blaze, were the same crew members who worked a three-alarm fire on Tonawanda Street, Wednesday night.

With a wind chill of nine below, firefighters were working in extremely cold conditions.  They say they didn't have a chance to thaw out or rest before they were called to Winter Street.

Firefighters had ice stuck to their gear.  The house appears to be encased in ice.

It's unclear if the Red Cross is helping the families affected by the fire.