According to the state's official website, the tax credit program offers "credits of $420 million per year [which] can be allocated and used to encourage companies to produce film projects in New York..."

Production companies can even be refunded 30 percent of "qualified production and post-production costs" incurred in the state.

Until the year 2022, productions --movies, TV shows, commercials-- with budgets over $500,000 can receive an extra 10 percent credit on eligible labor expenses, if they shoot in counties such as: Albany, Cattaraugus, Chautauqua, and Erie.

The program expires in 2019. Lawmakers are expected to discuss the future of the credit in this year's session. 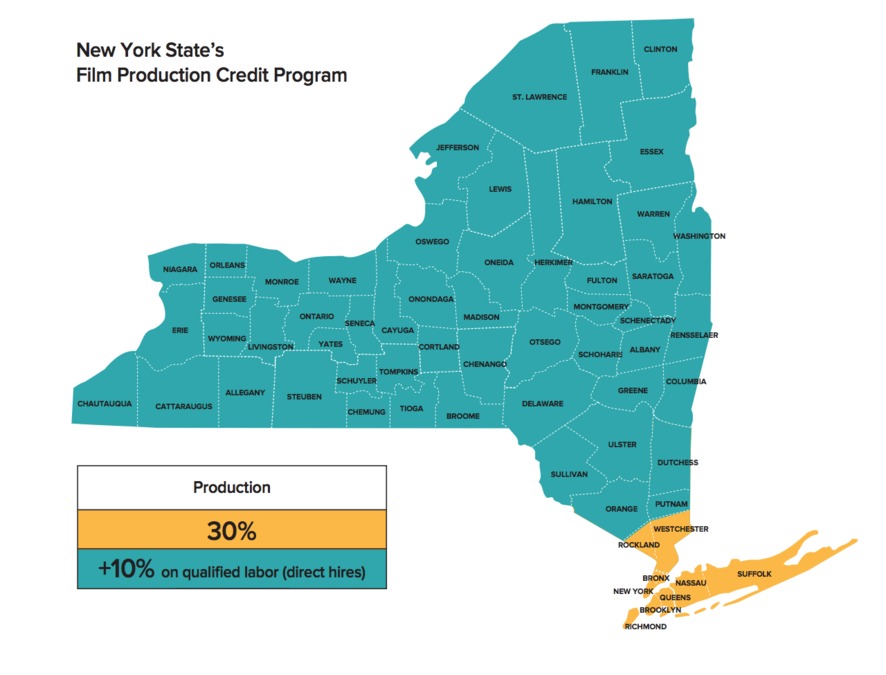