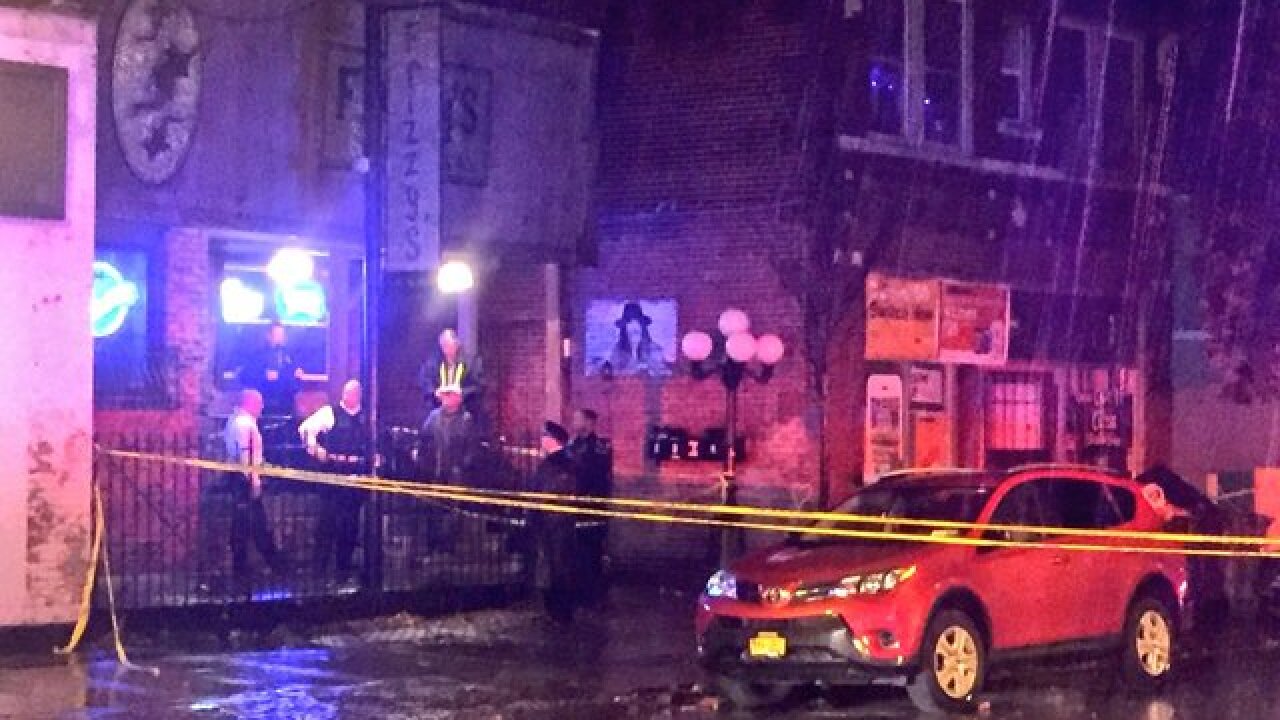 Buffalo police are investigating a fatal shooting outside a popular bar, on Allen Street.

37-year-old Saleem Merukeb had been out watching the Thursday night Buffalo Bills game at an establishment on Allen Street.  About two hours after the game ended, police say he got in an altercation and was shot around 1:30 a.m.  He was rushed to Buffalo General Hospital where he died of his injuries.

The circumstances surrounding the altercation are unclear.

The owner of Frizzy's Bar, Marc Frisicaro, says the incident did not involve any of his customers. The fight happened outside of the bar. Frisicaro says his bouncer heard some of the fighting, with one of the men involved saying he was going to go get his gun. When the bouncer overheard, he ushered all patrons on the patio into the back of the restaurant and placed the bar on lockdown.

Staff then contacted police immediately after hearing five gunshots. Frisicaro says his staff and customers cooperated with police and offered access to any surveillance video from outside of the bar.

Merukeb's sister tells 7 Eyewitness News he was a father of a teenage boy and girl.  She says he coached little league and pee wee football, and owned a local construction company.

Merukeb was a "tough guy with a soft heart," according to his sister, and protective of the people he loved.

As of November 10, Buffalo Police say an individual is in custody in connection to the fatal shooting.