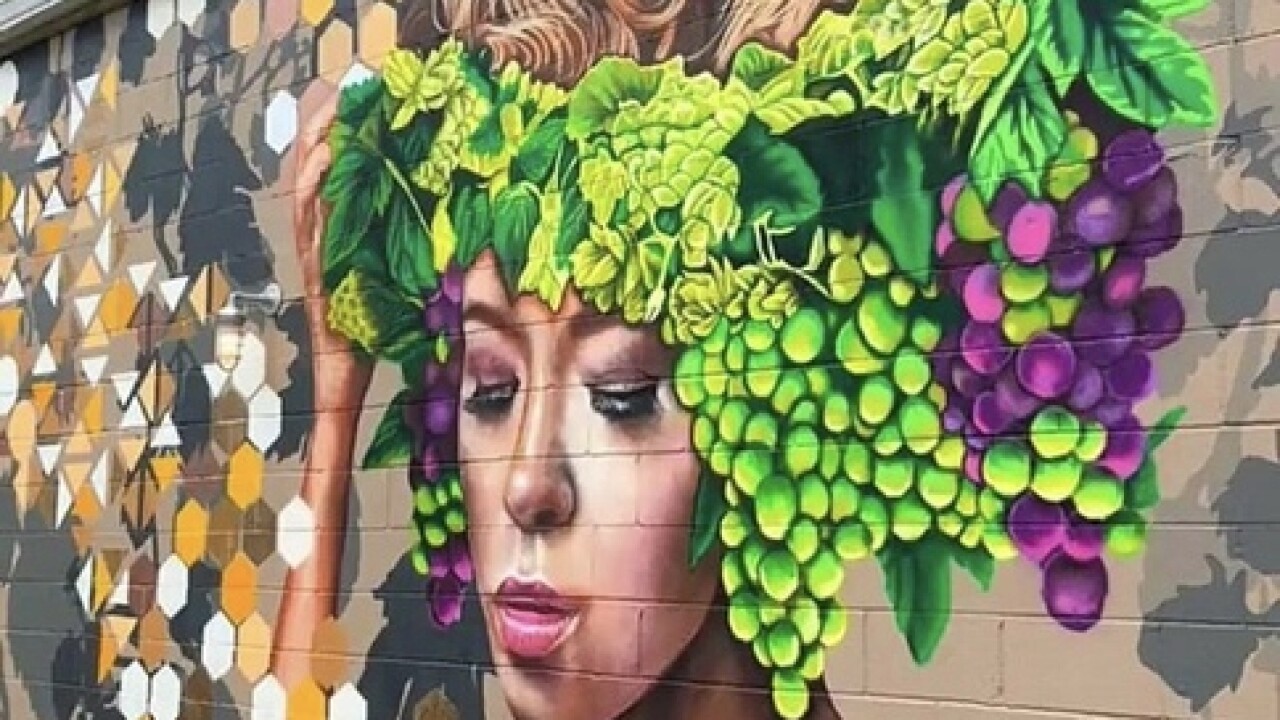 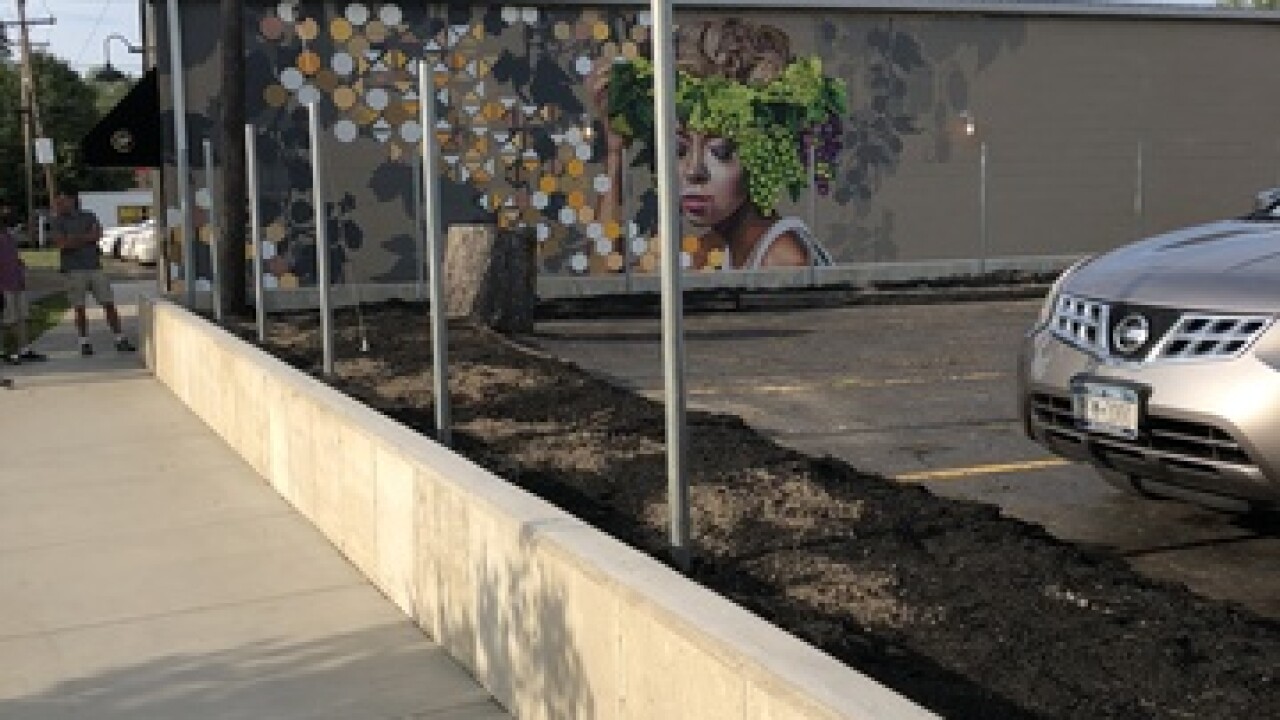 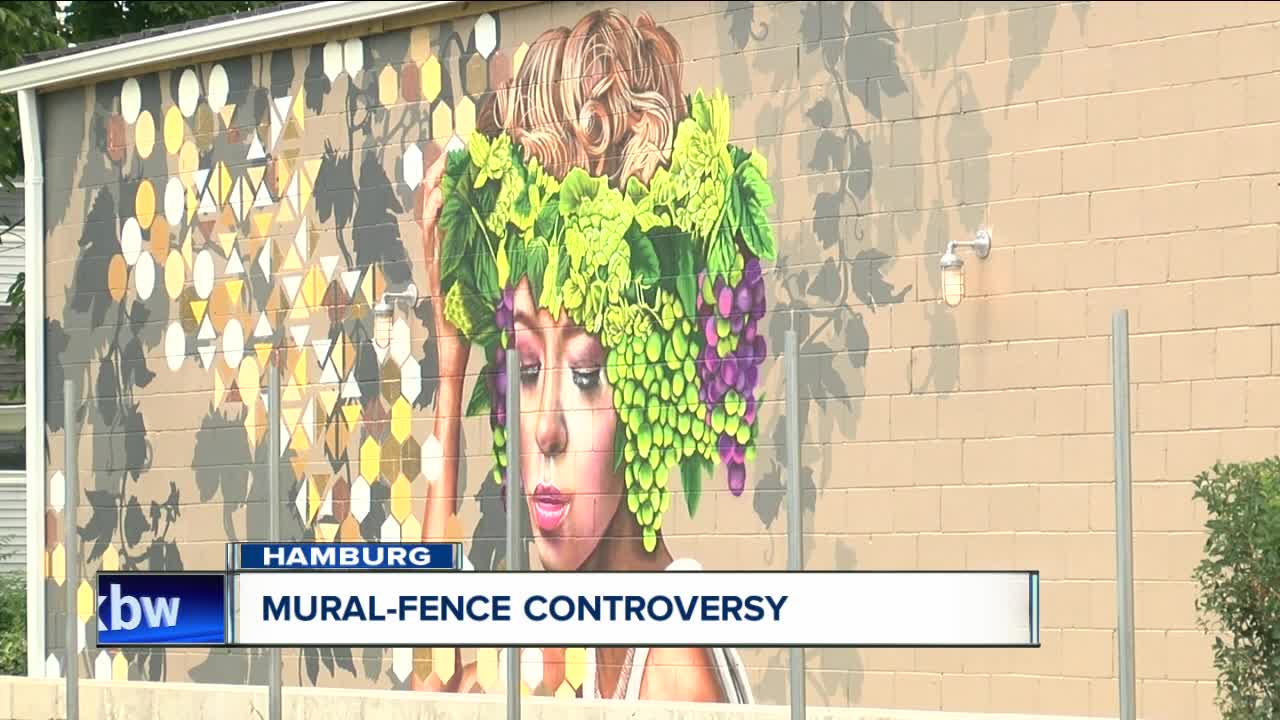 A new mural in the Village of Hamburg is causing controversy between two businesses.

Alchemy Wine & Beer, which opened today on Union Street, features a bright mural on one side displaying a woman with grapes around her head. The mural, which cost the new business owners $5,000, was crafted by local artist Chuck Tingley.

But the mural may not be visible for long. The owners of Alchemy say a nearby business, John and Mary's, plans to build a fence directly in front of it. The fence would cut off pedestrian access to the parking lot and restrict anyone from viewing the public art piece.

“The owner was pretty hostile and said, hey you know I’m putting up a fence here, it’s a shame because this mural here is almost done," said Nicole Casell, co-owner of Alchemy. “The first time that we had met was actually during that hostile encounter in the parking lot, I didn’t even have a chance to say my name.”

Casell said when she asked why the fence was being put up, John and Mary's owner responded by saying that it was their property and not her business. She supposed it was for protection of their property; liability reasons.

“I feel for the artist as well, he spent weeks on this mural and it turned out so beautiful. To see it covered is just so sad and such a shame to not only art- in the name of art, but for the community of Hamburg.”

The owners of Alchemy say they're trying to make Hamburg more progressive and are being held back in doing so.

7 Eyewitness News has reached out to John and Mary's for comment and is awaiting a response.

Full disclosure: A co-owner of Alchemy is a part-time employee of 7ABC.