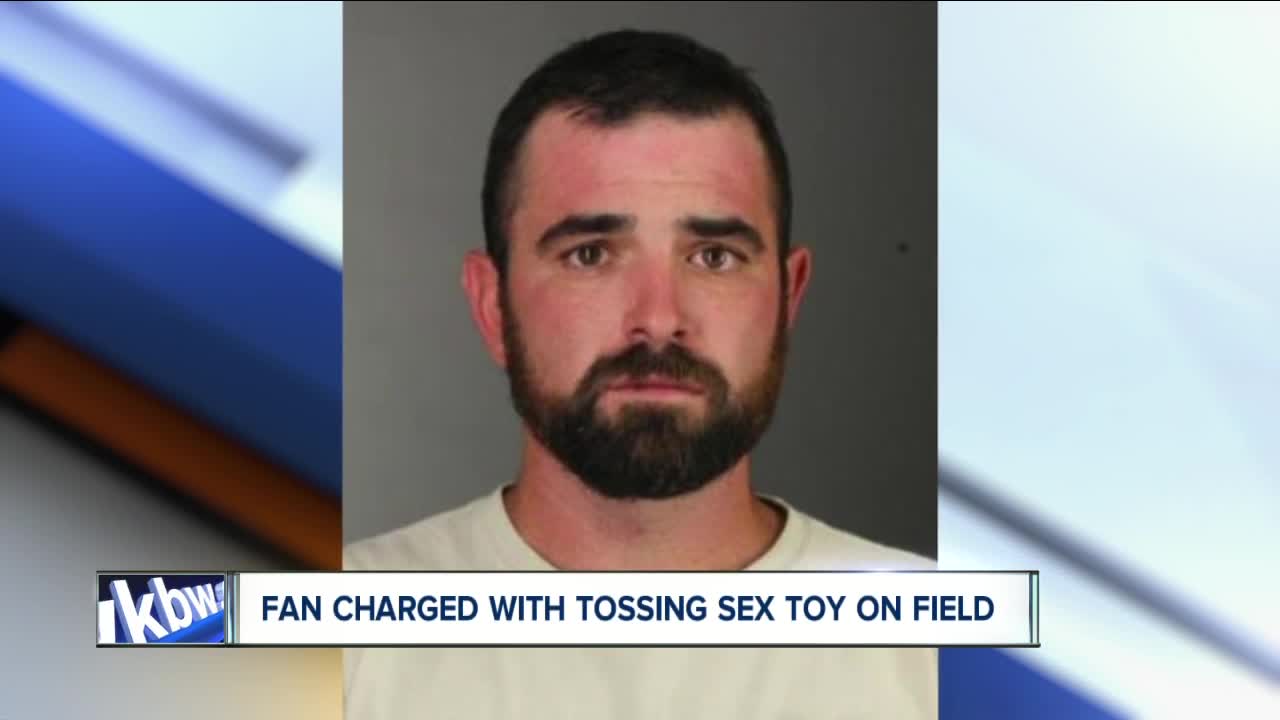 A Florida man has been arrested for throwing a sex toy on the field during Monday Night Football at New Era Field.

The Erie County Sheriff's Office says deputies arrested 34-year-old Michael Abdallah, and charged him with disorderly conduct after he allegedly threw a sex toy on the Bills field during a nationally televised game.

Deputies and Bills security say they worked together to identify Abdallah through eyewitness accounts and surveillance video footage.

Abdallah appeared in Orchard Park Town Court on Tuesday after spending a night in the Erie County Holding Center. He pleaded not guilty to a disorderly conduct charge. Bail was set at $250 cash or $1,000 bond. He is due back in court December 4, but does not have to appear if he hires an attorney, according to the judge.