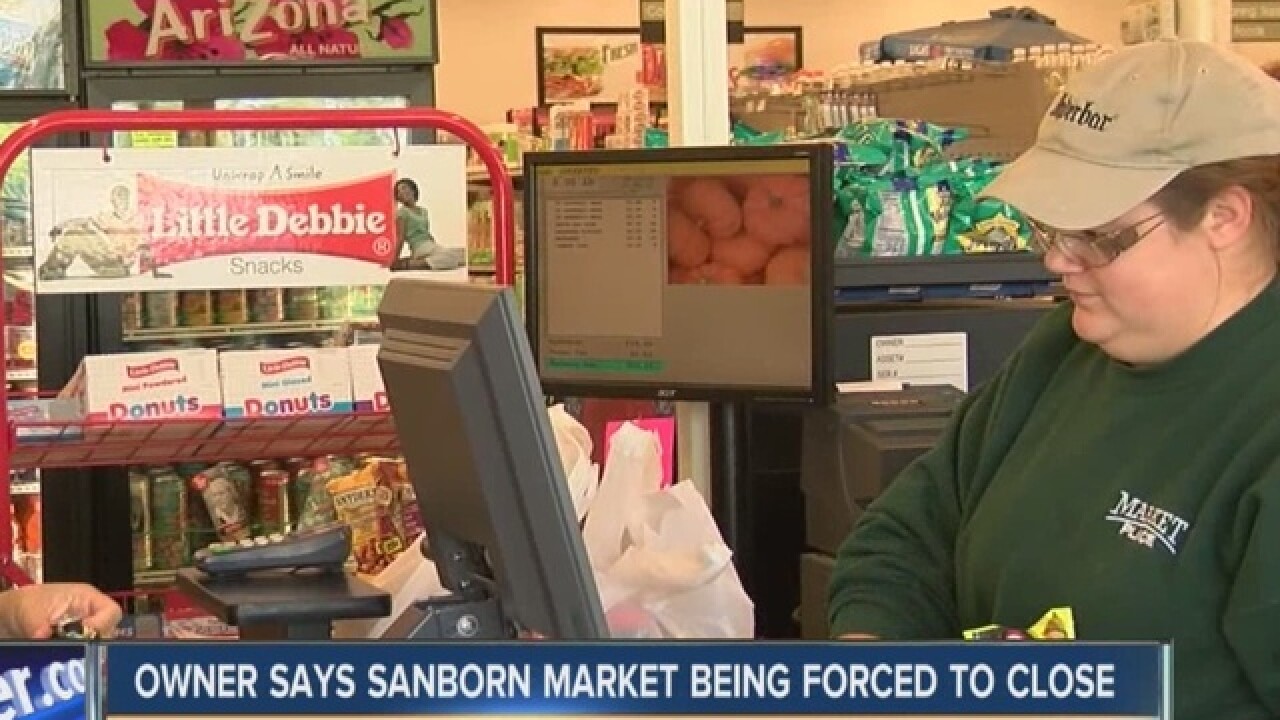 The Sanborn Marketplace says it is being forced to close its doors for good.

Frank Lignos, the owner of the grocery store, says his landlord, Benderson Development, will not renew his lease. He says Benderson told him they have plans to move Tops into the retail space.

Lignos said he was notified that he has to be out by October 31. He tells 7 Eyewitness News that while construction is underway for Tops, residents are concerned they will have nowhere to shop. Lignos says that could take about six months.

Employees of the store are concerned that consumers in the area will no longer have a choice to shop locally and have circulated a petition in the store and online.

"We are always interested in talking with landlords and operators in acquiring their stores and that continues with the opportunity in Sanborn, NY, said Frank Curci, president, chairman and CEO. "While we have not reached an agreement, we are aware that the landlord has an aggressive plan to renovate the property. If we are successful, we believe our commitment to provide a wide variety of the freshest meat, seafood and produce as well as more ways to save, would be a very positive situation for that community."

The Town of Cambria would not comment on this situation specifically, but did say any business that wants to open shop in the town has to present a plan and be approved.